Phillip Drayer Duncan was born in Eureka Springs, Arkansas and has spent most of his life in the Ozarks. He currently resides in Anderson, Missouri. Along with reading and writing like a madman, his passions include kayakin, canoein, fishin, video games, and pretty much anything nerd related. More than anything, his greatest passion includes spending time with his ridiculously awesome friends, his wonderful family, and his gorgeous girlfriend. Throughout the warm months, he can be spotted on the river, around a campfire, or at a concert. In the cold months, he can be found hermitting amongst a pile of books and video games.His greatest dream in life is to become a Jedi, but since that hasn't happened yet, he focuses on writing.

Do you remember the first story you ever wrote?
It's hard to say what the exact first story I wrote was, but one of the earliest stories I remember writing was about Boba Fett. I was very young, but I decided that I was going to write a Star Wars story about what Boba Fett was doing when he wasn't on the screen. I sat down with a VHS copy of The Empire Strikes Back, my Star Wars figures, and a notepad, and went to work. I also wrote several Spiderman, X-men, and other Marvel character stories the same way.
Do you remember the first story you ever read, and the impact it had on you?
I remember the first novel I read. I was in the third grade and I read Spiderman: Carnage in New York. Prior to that all I had read was kid books, and this really opened my eyes to a whole new world. From that moment on I rebelled against reading kid books all the way through school and just wanted adult novels. I read tons of Marvel character novels, then Star Wars novels, then I started branching out into other things like Sherlock Holmes, The Dark Tower Series, and anything by David Gemmell.
Read more of this interview. 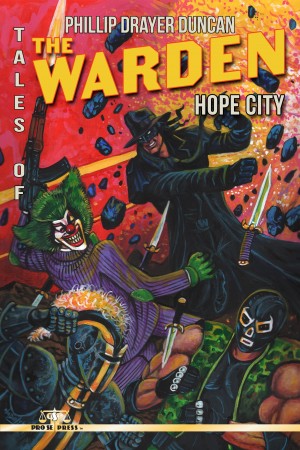 Tales of the Warden - Hope City by Phillip Drayer Duncan
Price: $2.99 USD. Words: 61,780. Language: English. Published: September 1, 2016 by Pro Se Press. Categories: Fiction » Adventure » Action, Fiction » Adventure » General
There are villains. And there are heroes. And then there is The Warden. An enigma feared by all who stand for justice. He strikes where least expected, capturing heroes society depends on. Some say he collects them for display in his own private prison. Others doubt his existence. Yet all who bravely stand against the darkness have felt a tremor of fear at the utterance of his name. 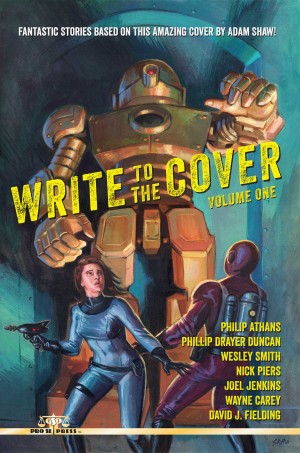 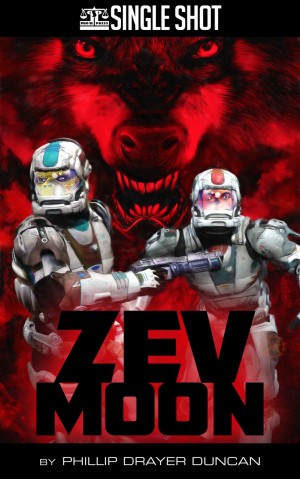 You have subscribed to alerts for Phillip Drayer Duncan.

You have been added to Phillip Drayer Duncan's favorite list.

You can also sign-up to receive email notifications whenever Phillip Drayer Duncan releases a new book.