Phillip Malcolm was born in 1950 in Bath, England. He was educated at the City’s Technical School, from where he entered the publishing industry in 1967. Over the next thirty-five years, he wrote and produced large publications for blue-chip companies including manuals for complex industrial equipment and aircraft, including Concorde and Airbus.

From 1990, he ran his own technical publishing business with offices in three countries, but was forced to take early retirement in 2003 through a serious illness. The change of routine from being a globe-trotting executive to a retired homeworker allowed him the time to return to his first love, writing, and he has since published various articles, blogs and books on a wide range of factual subjects.

In recent years he has also produced fictional works, publishing some short stories on line before the lure of the Murder Mystery, a favourite genre in his own reading list, brought about the creation of The Mantis Pact, Phillip Malcolm’s first full novel

Where to find Phillip Malcolm online 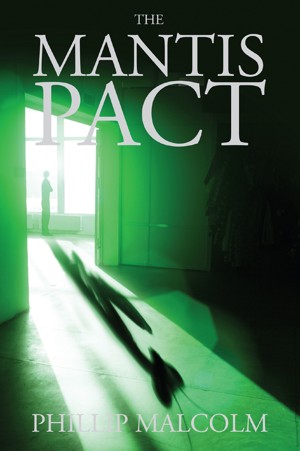 The fiancé of the heir to an industrial fortune is found dead in a Wichita suburb, posed to resemble a Da Vinci masterpiece. Within hours, her oldest friend’s body is found in a city centre penthouse, similarly posed. The MO is that of a serial killer shot dead months earlier by the FBI agent sent to assist Lt Paul Kleberson, head of the local homicide squad. So is everything quite what it seems?

You have subscribed to alerts for Phillip Malcolm.

You have been added to Phillip Malcolm's favorite list.

You can also sign-up to receive email notifications whenever Phillip Malcolm releases a new book.