My name is Noel Coughlan. I am married and have a daughter. I live in the west of Ireland.

From a young age, I was always writing a book. Generally, the first page over and over. Sometimes, I even reached the second page before I had shredded the entire copy book.

In my teenage years, I wrote some poetry, some of which would make a Vogon blush.

When I was fourteen, I had a dream. It was of a world where the inhabitants believed that each hue of light was a separate god, and that matter was simply another form of light.

I tinkered with the idea for a couple of decades, putting together mythologies, histories, maps etc. but world building isn't worth much without a gripping story. And then I finally found one, a tale so compelling I had to write it, The Golden Rule Duology.

I also write other fantasy, science fiction, and horror stories.

Where to find Noel Coughlan online

The Golden Rule by Noel Coughlan
AscendantSun's memory stretches back to the bloody birth of the cosmos. Created to serve a dead god, he tired of his empty religion and adopted the faith of his former enemies. Now, a threat from the past is forcing him to choose between his new friends and his own people. Escaping enslavement made Grael a hero in others’ eyes. As everything he has won begins to slip away, he strives to protect his loved ones from both the Elfin invaders and the machinations of his own ruler. Everyone else considers Garscap's childhood tragedy to be a curse, but he knows it marked him for greatness. Mercenary, manipulative and murderous, he has the mind of a great leader, but not the heart. Will his ruthlessness prove ultimately to be his people’s salvation or their bane? Prophesy is against them. Numbers, too. But, the greatest threat is mistrust. Can they forge an effective alliance before the bright power rising in the east destroys them? 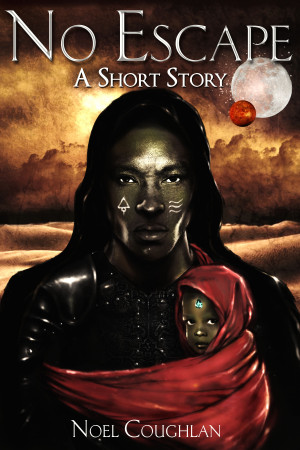 No Escape by Noel Coughlan
Price: Free! Words: 7,690. Language: English. Published: January 9, 2017. Categories: Fiction » Fantasy » Epic, Fiction » Fantasy » Short stories
A desperate warrior carries a baby girl across a foreign desert. Although truth and honor are tattooed on his face, Tharo has abandoned both virtues in his quest to protect his charge. But it’s only a matter of time before he fails her. Another man stalks them, a hunter no prey can escape, the dreaded Souldiviner. A seven thousand word short story. 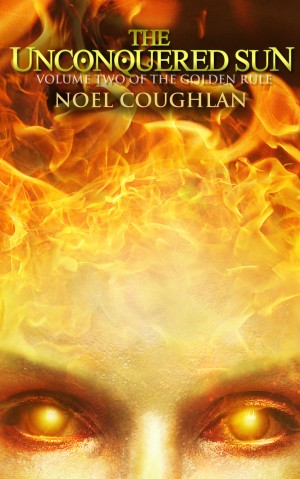 The Unconquered Sun by Noel Coughlan
Series: The Golden Rule, Book 2. Price: $2.99 USD. Words: 129,260. Language: English. Published: November 9, 2016. Categories: Fiction » Fantasy » Epic, Fiction » Fantasy » General
Ever wish you were someone else? AscendantSun is about to… He is beset by foes. The Harbinger’s legions threaten the people he strives to defend. Critics among his own followers undermine him. The ambitions of his unreliable ally, Garscap Torp, endanger him at every turn. Worse, the blood-thirsty god he spurned is about to return. However, the greatest enemy he must face is himself. 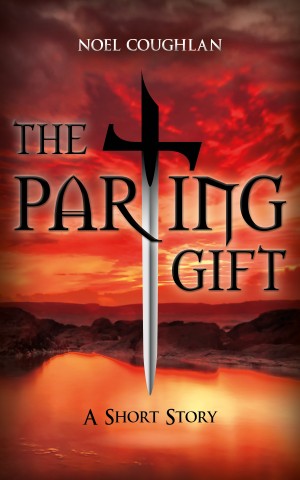 The Parting Gift by Noel Coughlan
Price: Free! Words: 10,940. Language: English. Published: November 9, 2016. Categories: Fiction » Fantasy » Epic, Fiction » Fantasy » Short stories
In an age of death and desperation, sometimes hope must be stolen. Certamen’s god is dead. His people, the Ors, are broken and enslaved. He finds consolation in the knowledge that they are safe... But not for much longer. Their masters, facing decimation by disease, are growing desperate. Desperate enough to kill. 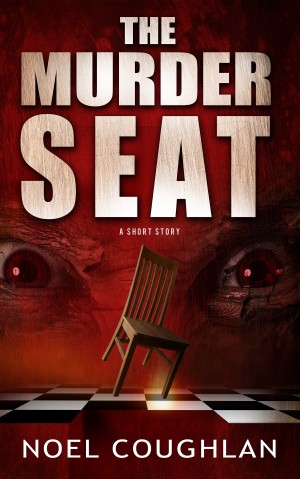 Dr. Herbert Marriott has a problem that only murder can solve. Luckily for him, the perfect weapon is locked away in his rundown museum, one too incredible for any court to accept. The cursed chair kills all who rest upon it. But will Herbert’s victim be so easily drawn to her fate? A four and half thousand word short story. 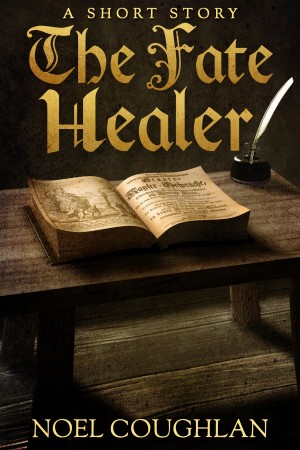 The Fate Healer by Noel Coughlan
Price: Free! Words: 5,380. Language: English. Published: August 2, 2016. Categories: Fiction » Fantasy » General
The genealogist Draston has failed to find a royal ancestor for his master, Hamvok the Merciful. To save himself, Draston promises to prove the tyrant is descended from a god. In doing so, he commits himself to a path of forgery and sacrilege. His enterprise will risk the wrath of gods. But, far worse, it will draw him to a shadowy figure more terrible than all the gods combined, the Fate Healer. 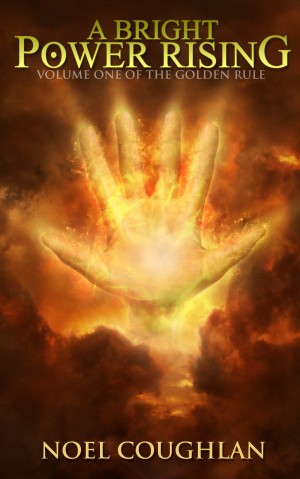 A Bright Power Rising by Noel Coughlan
Series: The Golden Rule, Book 1. Price: $2.99 USD. Words: 112,150. Language: English. Published: April 8, 2014. Categories: Fiction » Fantasy » Epic, Fiction » Fantasy » General
AscendantSun's memory stretches back to the bloody birth of the cosmos. Created to serve a dead god, he tired of his empty religion and adopted the faith of his former enemies. Now, a threat from the past is forcing him to choose between his new friends and his own people.

You have subscribed to alerts for Noel Coughlan.

You have been added to Noel Coughlan's favorite list.

You can also sign-up to receive email notifications whenever Noel Coughlan releases a new book.