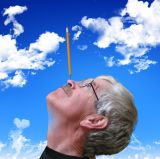 Al Macy's story begins millions of years ago in a cave in Eastern Siberia. Wait. What? I don't have space for that much detail? Now you tell me! So much for the story about the saber-toothed tiger that was a little too friendly.

When Macy was a kid, he could never decide what he wanted to be when he grew up. OK, let me interrupt a second. I'll let you in on a secret about author biographies: Most of them are written by the authors themselves. They just use the third person to make it sound like they have some kind of highfalutin public relations team. Unless they are, like, Stephen King or Ernest Hemingway, in which case they actually do have a public relations team. That's especially true for Hemingway, since he's dead.

So, just to let you know, while reading this bio, that when it reads "Al Macy did this" and "Macy did that," [whispering...] it's really just me saying that I did this or that. OK?

Where was I? Oh, yeah, Al Macy (wink, wink) couldn't decide what to do with his life. He was pretty good at music, but he was better at science and math, so he started studying engineering at Cornell. But then he changed his mind, and finished his degree in physiological psychology. After a PhD in neuroscience at University of Michigan, and a post-doc at UC Berkeley, he changed his mind again, and started writing educational computer games for a living.

OK, this is getting boring for me now -- I mean for Al Macy now. I'll skip ahead, and tell you that Macy retired in his early fifties, and switched back to having music as his main hobby. He played jazz trombone and jazz piano in local venues, and, as he puts it, "Worked hard to get bettter before anyone noticed how bad I was."

Recently, he started writing books. His goal is to write many books in totally incompatible genres to insure there will never be any carryover success from one of his bestsellers to another. Thus, his first book helps people play the piano, the second book is a story about a bicycle trip, his third book will help people format books, and his fourth will be a science fiction thriller. Get the idea?

And that's all you need know all about Al Macy! Isn't he a great guy? Now, about that saber-toothed tiger...

Where to find Al Macy online 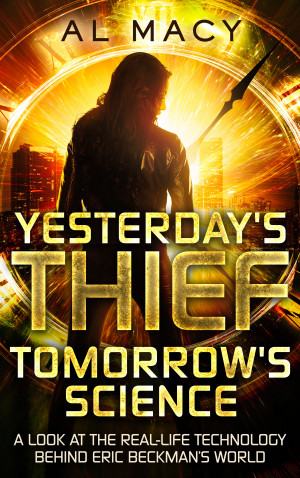 This short book takes a look at the science and technology described in the popular science fiction novel, Yesterday’s Thief. It asks: • Can earthquakes be predicted? • What kind of time travel is possible (and happens every day)? • Is it really possible to artificially inseminate three thousand cows in one year? • Can oil wells be infected? • Does cold fusion deserve a second look? 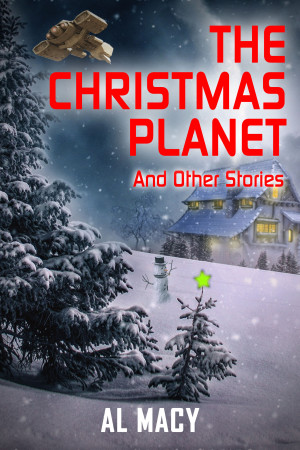 The Christmas Planet and Other Stories by Al Macy
Price: Free! Words: 23,350. Language: English. Published: November 13, 2018. Categories: Fiction » Holiday » Christmas, Fiction » Mystery & detective » Short Stories
Four quirky stories. “The Christmas Planet” tells of a faraway, Disneyland-like world. In “A Pirate’s Life,” readers meet Alex Hale, a down and out scavenger who has come across a derelict spaceship. “Sophia, Kidnapped!” is the story of Jake Corby’s attempt to rescue the kidnapped daughter of a friend. Finally, “Love in the Snow” follows Eric Beckman as he teaches his wife about mind control. 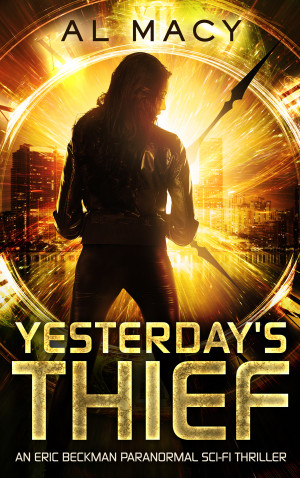 It’s the year 2020, and Eric Beckman is a mind-reading detective. The case of his life lands in his lap when a comatose woman materializes during a televised baseball game. Beckman is at her bedside when she wakes up and puts him under her spell. He vows to figure out where—or when—she came from, even if it kills him. 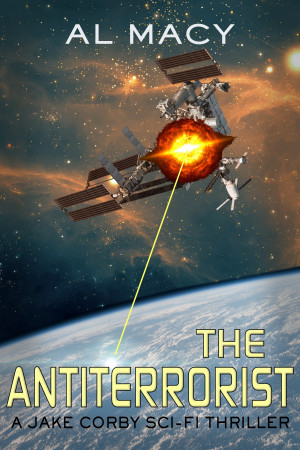 The Antiterrorist: A Jake Corby Sci-Fi Thriller by Al Macy
Price: $2.99 USD. Words: 16,290. Language: English. Published: September 15, 2015. Categories: Fiction » Science fiction » Adventure, Fiction » Thriller & suspense » General
Satellites are disappearing one by one. Not exploding, not dropping out of the sky, just disappearing. When the Hubble Space Telescope vanishes, reluctant hero Jake Corby is dispatched to figure out who or what is responsible. He's used to solving problems for the FBI, but hunting down missing satellites? That's a new one. 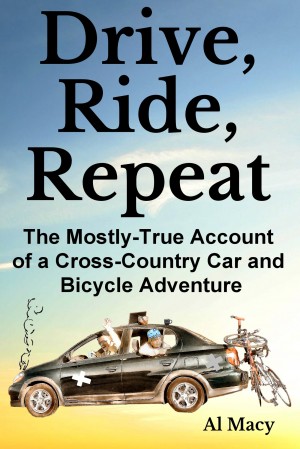 Drive, Ride, Repeat: The Mostly-True Account of a Cross-Country Car and Bicycle Adventure by Al Macy
Price: Free! Words: 32,200. Language: English. Published: June 17, 2015. Categories: Nonfiction » Travel » Trip Journals, Nonfiction » Sports & outdoor recreation » Bicycling
Drive, Ride, Repeat is a journal of a car/bicycle/camping trip, but Macy promises that “if it starts sounding like one of your brother-in-law’s boring slide shows, I will stop this book, and we’ll turn around and go home. I mean it.” Interspersed with the journal chapters, you'll find thought-provoking life tips, stories from the past, and descriptions of Al's wacky inventions. 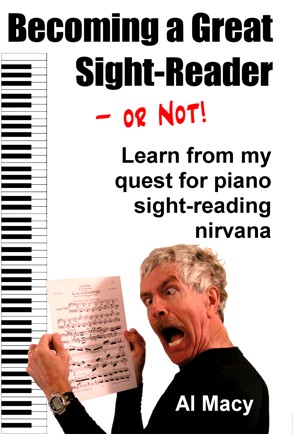 Becoming a Great Sight-Reader–or Not! Learn From My Quest for Piano Sight-Reading Nirvana by Al Macy
Price: $6.49 USD. Words: 18,870. Language: English. Published: April 8, 2014. Categories: Nonfiction » Music » Instrument - Piano & Keyboard, Nonfiction » Music » Instrument - Piano & Keyboard
Author Al Macy spent six years sight-reading piano almost every day in his quest to become a great sight-reader. Follow along to find out what works and what doesn't. The book answers your questions: Should I hire a teacher? How long should I practice each day? Will I inevitably improve if I just do a lot of reading? How can I find enough practice music? How far ahead should I look?

You have subscribed to alerts for Al Macy.

You have been added to Al Macy's favorite list.

You can also sign-up to receive email notifications whenever Al Macy releases a new book.