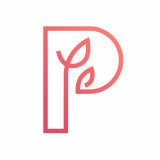 Posy writes romance where beautifully complicated men find themselves on the way to happily ever afters.

Posy Roberts started reading romance when she was young, but textbooks eventually replaced the novels, and for years she somehow existed without reading for fun. When she finally picked up a romance years later, it was like slipping on a soft hoodie . . . that didn’t fit quite right. She wanted something more.

Now she wanted to read about queer people falling in love. She wanted to explore beyond the happily ever after and watch characters navigate the unpredictability of life as they created their happy homes and discovered their found families. So Posy sat down at her keyboard to write the books she wanted to read.

Her stories have been USA Today’s “Happily Ever After” Must-Reads and Rainbow Award finalists.

Where did you grow up, and how did this influence your writing?
I grew up in the upper Midwest in the 1970s and 80s in a predominantly German, Swedish, and Norwegian community. It was a city with about 36,000 people in it back then. Big enough to have everything we needed and not know everyone but small enough that I could ride my bike most places and felt safe enough to do so. I tend to pull a lot of small details from my childhood in to my writing, including my love of nature in all four seasons, family traditions, and innocence. Being a GenXer, I had a lot of freedom. I've written that into several of my characters' backstories. Like Hugo and Kevin disappearing all day to fly fish when they were teens or skateboarding all over town together, just talking and messing around and doing those aimless things I was able to do in my childhood.
What do you read for pleasure?
I don't get much chance to read for pleasure because I'm usually editing for clients and I need to rest my eyes at some point. ;) When I get a chance to sit back with a book of my choosing, romance, especially LGBTQ romance, is my first choice. I also read books on writing-craft, those that help me resolve a certain problem (think Marie Condo), and factoid or quirky info books on various subjects of interest (Charles Panati). I read some YA, fantasy, and I've read a lot fanfiction in the last decade.
Read more of this interview.

Where to find Posy Roberts online 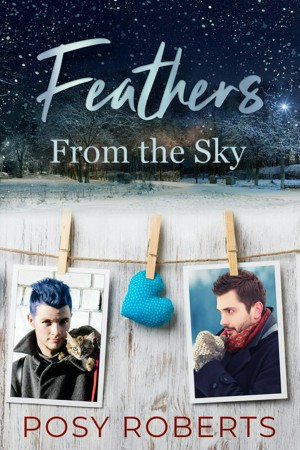 Feathers From the Sky by Posy Roberts
Price: $2.99 USD. Words: 19,280. Language: English. Published: December 10, 2021. Categories: Fiction » Romance » Holiday, Fiction » Romance » LGBT » Bisexual
Feathers From the Sky is a MM Romance novella about coming out again after everyone assumes being bisexual is just a phase, so they promptly forget. It’s packed with heartwarming holiday fun and games, returning home, opposites attract, and a whole lot more.⁠ 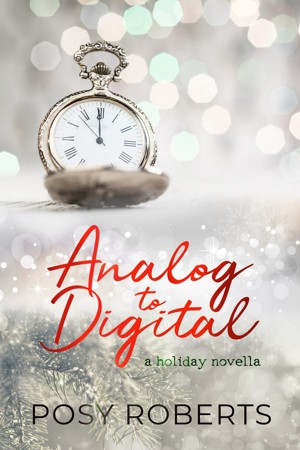 Analog to Digital by Posy Roberts
Price: $2.99 USD. Words: 17,260. Language: English. Published: July 6, 2021. Categories: Fiction » Romance » LGBT » Gay, Fiction » Gay & lesbian fiction » Gay
Ethan has been keeping secrets from the man he loves. He says he’s happy with the way things are, but he longs for a deeper commitment with Toby. So spending Christmas Eve at his sister’s wedding is the last thing on his wish list. At the ceremony he sees everything he’s dreamed of. It makes him ache for even more, but he knows Toby is allergic to marriage. If he keeps living the status quo, he’ 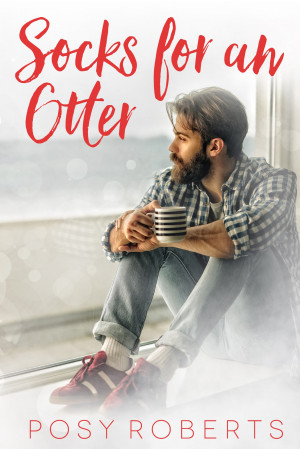 Socks for an Otter by Posy Roberts
Price: $4.99 USD. Words: 70,180. Language: English. Published: December 12, 2019. Categories: Fiction » Gay & lesbian fiction » Gay, Fiction » Romance » Contemporary
He fell from his ivory tower and landed in the gutter. But Sebastian would rather be homeless and hungry than clueless. This isn’t a fairytale. Louis isn’t Prince Charming. And Sebastian can make it on his own. 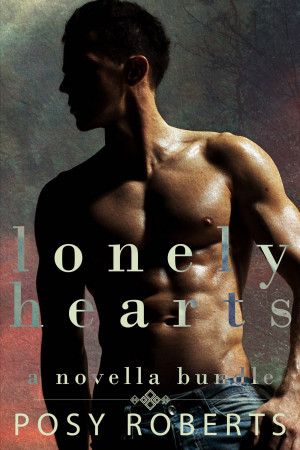 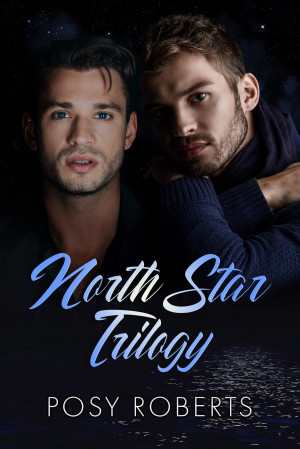 North Star Trilogy by Posy Roberts
Price: $9.99 USD. Words: 283,570. Language: English. Published: January 22, 2019. Categories: Fiction » Gay & lesbian fiction » Gay, Fiction » Romance » Contemporary
Love came too early for Hugo and Kevin, but years later, they are gifted a second chance. Years later, life is a lot more complex, but falling in love again is easy. Will they get it right this second time around? 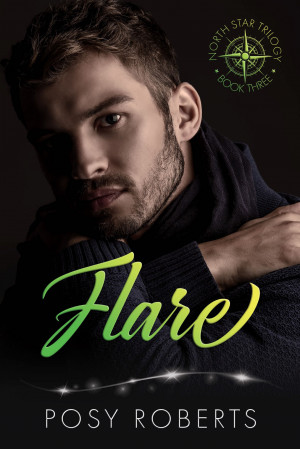 Flare by Posy Roberts
Price: $4.99 USD. Words: 100,600. Language: English. Published: November 27, 2018. Categories: Fiction » Gay & lesbian fiction » Gay, Fiction » Romance » Contemporary
After tremendous loss, Hugo and Kevin seek stability for themselves and the kids. They never expected family and friends to toss obstacles in the way of their happily ever after. 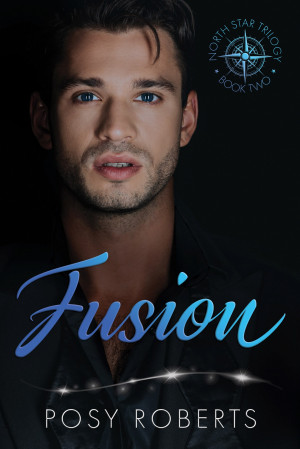 Fusion by Posy Roberts
Price: $4.99 USD. Words: 98,950. Language: English. Published: October 22, 2018. Categories: Fiction » Gay & lesbian fiction » Gay, Fiction » Romance » Contemporary
Kevin and Hugo make plans to blend their lives, but bleak news changes everything. Building a future together is still a priority, but only if their relationship can survive. Love strengthened by adversity. 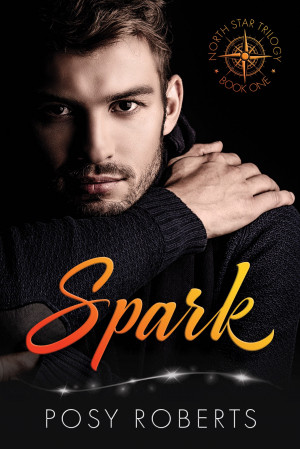 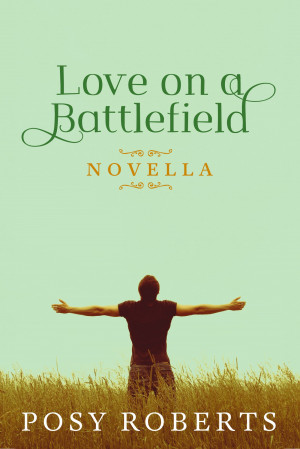 Love on a Battlefield by Posy Roberts
Price: $2.99 USD. Words: 25,910. Language: English. Published: February 20, 2018. Categories: Fiction » Romance » Contemporary, Fiction » Gay & lesbian fiction » Gay
Not every compass points north. The tug Andrew and Shep have felt since the day they met might be pointing their way home. 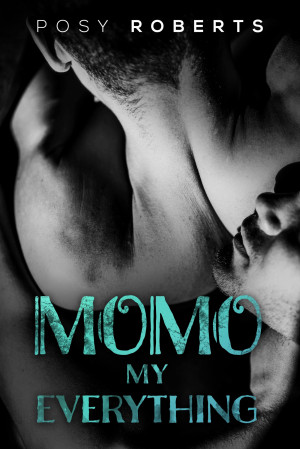 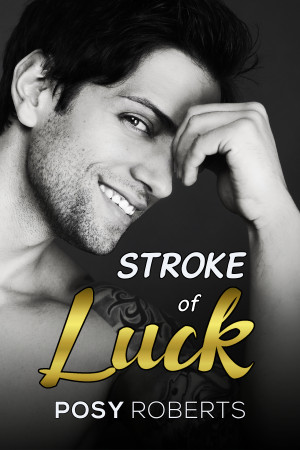 Stroke of Luck by Posy Roberts
Price: $2.99 USD. Words: 28,460. Language: English. Published: January 25, 2017. Categories: Fiction » Romance » Contemporary, Fiction » Gay & lesbian fiction » Gay
Everything Marc owned burned to a crisp. Cas's love life has been in limbo, lovers moving on when they find out how close he is to his best friend, Maisie. When Marc and Cas meet, then discover they live in the same building, it’s kismet. But Marc has to invite chaos into his life and Cas faces a choice between friendship and love. Luck may be on their side... if they're willing to risk it all. 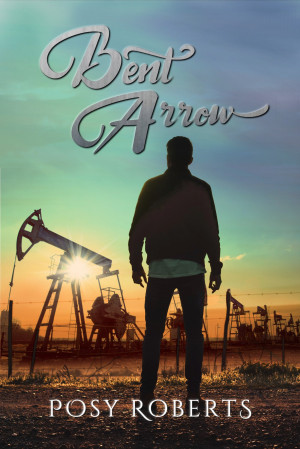 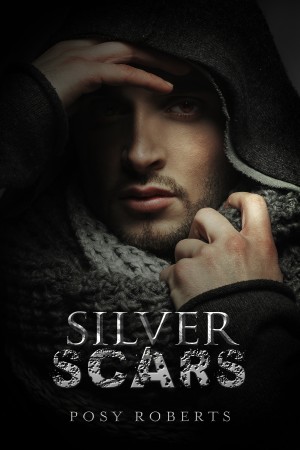 You have subscribed to Smashwords Alerts new release notifications for Posy Roberts.

You have been added to Posy Roberts's favorite list.

You can also sign-up to receive email notifications whenever Posy Roberts releases a new book.