Mrs Precious Zeinzinger-Tuitz is originally from South Africa, born in Johannesburg, Soweto during the Apartheid era. Her father is Austrian, and her mother Xhosa (Black South African). Her family was deported twice due to the Immorality Act, forcing them to move from South Africa to Namibia and then to Austria. They then returned back to Southern Africa, nine months later and resided in former Transkei, (which was not ruled by the South African government during Apartheid), where she also attended a private multiracial school.

Her book tells the story of her past living in Apartheid and further elaborates on happenings, such as racism, self-worth issues and challenges as a non-caucasian female entrepreneur in Austria.

She is now the Owner, Managing Director and Founder of two training institutions, Certified Language Trainer, Mentor, Author and Speaker. 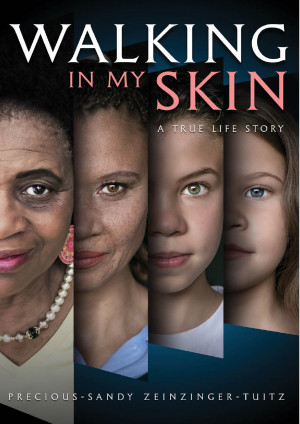 Walking In My Skin by Precious-Sandy Zeinzinger-Tuitz
Price: $7.99 USD. Words: 78,160. Language: Commonwealth English. Published: May 17, 2019. Categories: Nonfiction » Biography » Autobiographies & Memoirs, Nonfiction » History » Family history
A true-life story Born during the twilight decade of Apartheid in Soweto to a Xhosa black mother and an Austrian father. Her family was deported twice due to the Immorality Act, with everything being taken from them. The book tells the story of how life was during Apartheid and elaborates on what became of this person.

You can also sign-up to receive email notifications whenever Precious-Sandy Zeinzinger-Tuitz releases a new book.