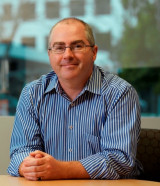 R.A. Gregory (a.k.a. Robin Alexander Gregory or just plain old Rob Gregory) is an author and animal welfare consultant who splits his time predominantly between Northern Thailand and New Zealand, writing books, helping people to help animals and generally trying to live as contrarian a life as is possible. Consequently, he aspires to no particular genre or style, just tries to write stories that he hopes will make people smile a bit and think about how absurd the world really is (and how much better it would be if he were in charge).

Do you remember the first story you ever read, and the impact it had on you?
Hmmm, honestly, no. It would probably have been something like 'Peter and Jane go to the Park' or something like that. It could have been 'Dusty', a story about a roundabout horse which came to life and had a short series of misadventures before being adopted by a clown. It must have had an impact on me, because I've still got it on my bookshelf! Seriously though, I read so many great books as a child that it's hard to pick one out as the first that really inspired me. I suppose 'The Lion, the Witch and the Wardrobe' by C.S. Lewis, had a big impact on me, as I went out and bought the entire series with my pocket money over a period of a couple of years. Then there were books like 'The Incredible Adventures of Professor Branestawn' by Norman Hunter and 'The Book of Three' by Lloyd Alexander, both of which I still adore to this day and which, have probably on some level or another influenced my own writing style over the years.
Do you remember the first story you ever wrote?
Yes, it was called 'The Bunker'. It was my so called 'long-essay' for my school exams. We only had to write a couple of thousand words, but I told my teachers that I was going to write a 'proper book' and set out to create a horror story worthy of Stephen King or James Herbert, both of whom were quite influential to me at that time. Although I didn't quite achieve that lofty goal, I did end up with a pretty compelling horror story, which I'm still quite proud of. I think it came in at around the 7-10,000 word mark (all handwritten) and got me an A+. In fact, I may still publish it one day, you never know.
Read more of this interview.

Where to find R.A. Gregory online

The DATS Trilogy by R.A. Gregory
When your best friend is the Death of Children, life is certainly interesting, as Johnny Jenkinson and his friends find out when they meet Eddie, the youngest of the Deaths. Joining him on a series of adventures that take place on Earth, in the magical land of Deathville and through the terrifying depths of the void, it is up to the brave band of children, along with their undead allies to save everything that they've ever known from destruction at the hands of evil Uncle Lucius. The DATS Trilogy. Who ever thought that being a spirit could be so much fun!

Death and the Schoolboy
Price: Free! 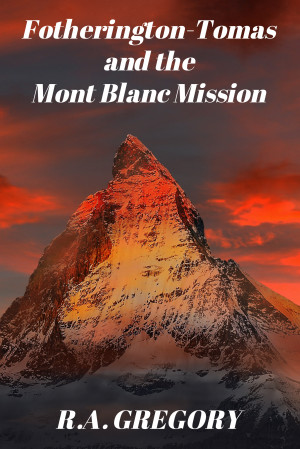 Fotherington-Tomas and the Mont Blanc Mission by R.A. Gregory
Price: $1.00 USD. Words: 7,920. Language: British English. Published: October 23, 2019. Categories: Fiction » Humor & comedy » Satire, Fiction » Mystery & detective » Short Stories
Fotherington-Tomas faces his most perilous challenge yet, in a desperate race against time to stop the Mad Monks of Mont Blanc from unleashing madness across the Continent. With a petrified climbing companion in tow and less than twenty-four hours in hand, how can Britain's greatest clandestine agent hope to restore sanity to the EU? Read on, dear reader and find out... 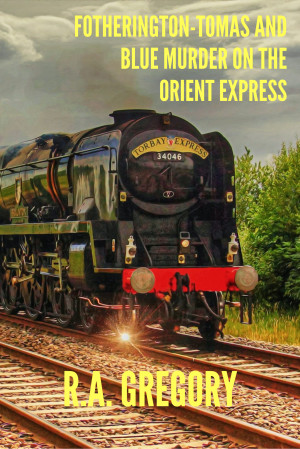 Fotherington-Tomas and Blue Murder on the Orient Express by R.A. Gregory
Price: $1.00 USD. Words: 5,560. Language: British English. Published: September 6, 2019. Categories: Fiction » Humor & comedy » Satire, Fiction » Mystery & detective » Short Stories
A journey on the Orient Express. What could possibly go wrong? When Fotherington-Tomas and Maxwell board the world-famous train, little do they suspect that murder most foul is on the cards. Why was Archduke Augustus slain in front of his lover? Who was responsible and why is a fat, little detective, with a finely groomed moustache, strealing the show from our hero? 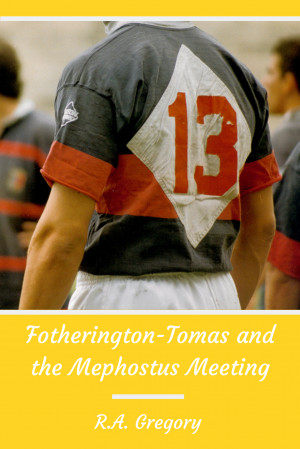 Fotherington-Tomas and the Mephostus Meeting by R.A. Gregory
Price: Free! Words: 3,120. Language: British English. Published: August 2, 2019. Categories: Fiction » Humor & comedy » Satire, Fiction » Mystery & detective » Traditional British
A brooding Fotherington-Tomas sits in the drawing room of Haggrid’s Gentleman’s Club in London, wishing only to be closer to the fire and swaddled in a never-ending supply of brandy. What dark angst is the nation’s favourite hero hiding from the world and can Maxwell, tease it out of him? Set against a backdrop of rugby and Oxford, this is Fotherington-Tomas as you've never seen him before! 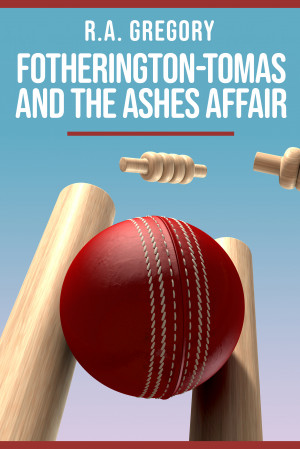 Fotherington-Tomas and the Ashes Affair by R.A. Gregory
Price: Free! Words: 3,610. Language: British English. Published: June 28, 2019. Categories: Fiction » Humor & comedy » Satire, Fiction » Sports
The Ashes. Cricket's greatest sporting event. But, somewhere in The Oval, lurks naughtiness, in the form of Aldo Passlington, master of disguise and hopeful thief of the famed trophy. Armed only with his trusty Zuru X-Shot bat, Bexhill Cricket Club cap and trusty sidekick, Maxwell, how will super-sleuth Fotherington-Tomas save the day this time and what does the Goodyear blimp have to do with it? 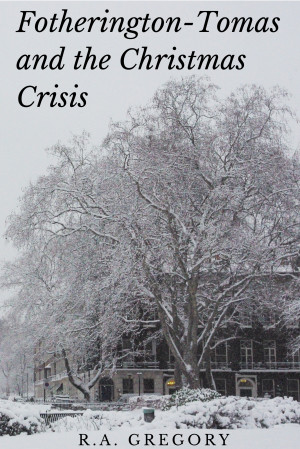 Fotherington-Tomas and the Christmas Crisis by R.A. Gregory
Price: Free! Words: 3,020. Language: British English. Published: May 25, 2019. Categories: Fiction » Mystery & detective » Short Stories, Fiction » Humor & comedy » Satire
Fotherington-Tomas, the world's greatest secret agent and detective, is back for another crazy adventure and this time... IT'S CHRISTMAS! Evil lurks in Hamleys toy shop in the form of Dr Mephostus. But with one too many mince pies and a gallon of sherry on board, what hope does our hero have of defeating his nemesis this time? Join us and find out if FT can save the day and get the girl... again. 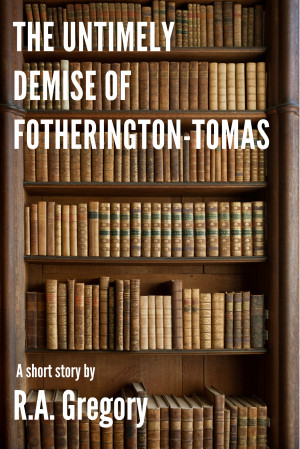 The Untimely Demise of Fotherington-Tomas by R.A. Gregory
Price: Free! Words: 2,590. Language: British English. Published: April 20, 2019. Categories: Fiction » Humor & comedy » Satire, Fiction » Mystery & detective » Short Stories
Fotherington-Tomas. Oxford academic. Special detective. Spin-bowler extraordinaire and secret agent to Her Majesty the Queen, is dying, thanks to Dr Mephostus' dastardly Death Ray. Join us, in part one of a fantastically silly and irreverent series of short stories, which will take you around the world and back in quite a bit more than eighty days. Sherlock Holmes eat your heart out! 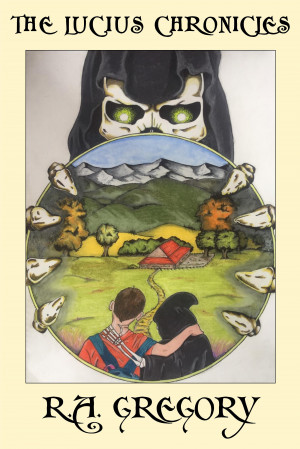 The Lucius Chronicles by R.A. Gregory
Price: $6.99 USD. Words: 93,080. Language: English. Published: March 8, 2019. Categories: Fiction » Children’s books » Classics, Fiction » Adventure » Action
The entire DATS Trilogy in one place for the first time ever... and with pictures too! Join Johnny, Eddie, Simon and Trudy, along with all of the Deaths, as they battle evil Uncle Lucius to save Deathville, the world and ultimately, the entire Universe, in three gripping stories by R.A. Gregory. The Lucius Chronicles... who would have thought that death could be so much fun! 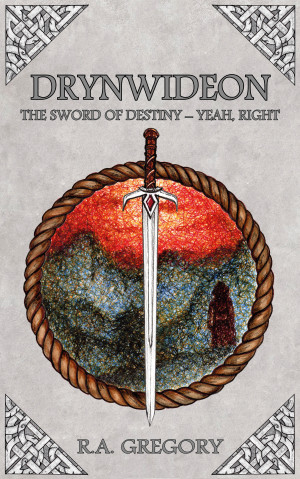 Pratchett meets Tolkien in this hilarious romp through fantasy-land! A crazy fairy and a claustrophobic dwarf are the least of Drin's worries, when he flees his cannibal village in search of paradise. Ending up on a quest, which is a recipie for certain death, can this odd band of misfits save the land from certain doom, or will Ka, the Dragon Princess, reign supreme for another thousand years? 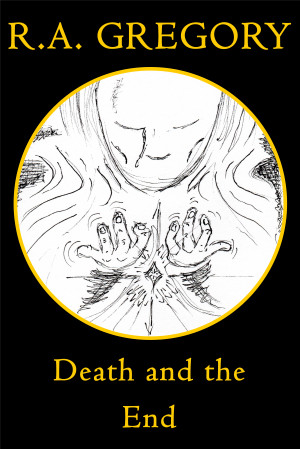 Death and the End by R.A. Gregory
Series: The DATS Trilogy. Price: $3.99 USD. Words: 39,420. Language: British English. Published: February 23, 2018. Categories: Fiction » Children’s books » Short Stories, Fiction » Adventure » Action
Johnny, Simon and Trudy are pulled back to Deathville by Eddie and the Deaths, to face their greatest challenge yet. Entering the void, they must stop Uncle Lucius and his army of lost souls from waging war in heaven, or else the end of the world and entire universe will result! Will anyone help them? Is anyone left to care? ‘Death and the End’ is the third and final book in the ‘DATS’ Trilogy. 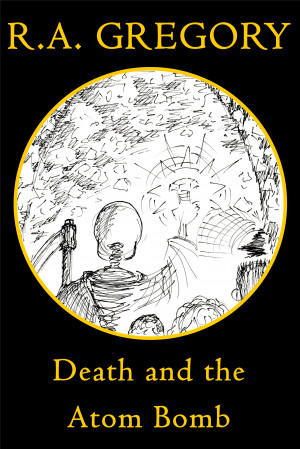 Death and the Atom Bomb by R.A. Gregory
Series: The DATS Trilogy. Price: $3.99 USD. Words: 33,590. Language: English. Published: December 8, 2017. Categories: Fiction » Children’s books » Short Stories, Fiction » Adventure » Action
The summer holiday sees Johnny, Eddie, Simon and tomboy Trudy battling once again to save the world, this time from the mysterious and reclusive Malthus Devryn and his evil henchman, slimy Sneeds. With a battle in the War Room, dancing robots, mini-eyes and more, 'Death and the Atom Bomb' continues the gripping adventures of Johnny Jenkinson and forms part two of the DATS trilogy. 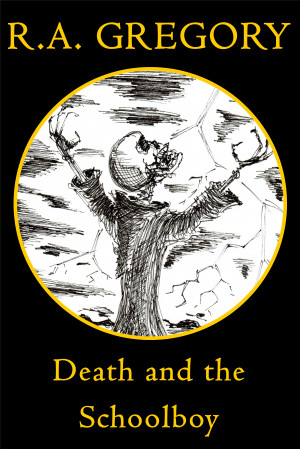 Death and the Schoolboy by R.A. Gregory
Series: The DATS Trilogy. Price: Free! Words: 20,640. Language: English. Published: December 7, 2017. Categories: Fiction » Children’s books » Short Stories, Fiction » Adventure » Action
Join schoolboy Johnny and Eddie, the Death of Children, as they journey through Deathville, the Impassable Mountains and the mysterious void, armed only with a diamond rivet and a medieval knight for help, in a desperate race to save the world from the evil Uncle Lucius. A fast-paced, gripping children's action and adventure story, 'Death and the Schoolboy' is part one of the DATS trilogy.

You have subscribed to alerts for R.A. Gregory.

You have been added to R.A. Gregory's favorite list.

You can also sign-up to receive email notifications whenever R.A. Gregory releases a new book.