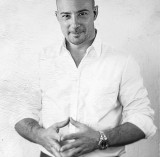 Robert is the founder of the Robert Simic Coaching Institute. His international success as a Coach and a Trainer is underpinned by his unique ability to unlock the potential of every student. He is a charismatic presenter who engages you with his heart as you grapple with the content.

His life story is an inspiration, starting with humble beginnings. He was born in Belgrade, Serbia – a politically challenged country. At the age of 22 he left Serbia looking for greener pastures. He worked in Europe – from washing cars in Greek islands to night shifts in Germany, until he decided to move to South Africa and explore his options there. He worked as an office manager and became an integral part of a successful company. In this process though, he traded his entrepreneurial attitude for certainty and a secure salary. The hope of a secure future was short lived when he was unexpectedly retrenched.

However, what seemed to be his worst nightmare became the wake-up call that began his quest for true empowerment. Robert confesses to having spent much of his life chasing security and significance until he discovered the gifts that come with being a truly empowered human being. Robert is deeply inspired to continue helping people breakthrough their perceived barriers and achieve their dreams with the knowledge he shares in his coaching, workshops and trainings.

In addition to his coaching and training, Robert has spent the last decade furthering his knowledge and skills under great minds such as the internationally best-selling authors Tony Robbins, Richard Bandler, Tad James, and Bob Proctor, all of whom have transformed the lives of millions through their books, seminars, courses and personal coaching. Robert is a seasoned trainer of NLP, Time Paradigm Techniques, Hypnosis, Mind Power and various Coaching methodologies. He started this journey, initially under ABNLP (American Board of NLP), ABH (American Board of Hypnotherapy), TLTA (Time Line Therapy Association).

Breaking through one limitation to another, refusing to settle for less and insisting on the highest and most effective resources known to us, Robert evolved in his personal capacity and so did his approach to Coaching. RSCI was founded, matching his need to create a new kind of coaching institute, a place where he could once again push beyond the known boundaries and share his heart.

Having trained, coached and transformed 1000’s of people worldwide, Robert is perceived as a leader in the industry as he continues to explore new ways to enhance the lives of others. He is deeply in love with his wife Biljana, his son Matea and his daughter Mia, who are the inspiration in his life.

Where to find Robert Simic online 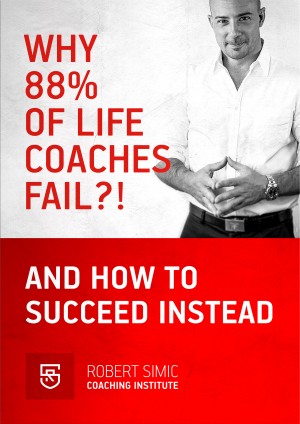 Why 88% Of Life Coaches Fail?! And How To succeed Instead by Robert Simic
Price: Free! Words: 4,610. Language: English. Published: April 8, 2015. Categories: Nonfiction » Business & Economics » Sales, Nonfiction » Self-improvement » Personal Growth / Success
If you are (or would like to become) a Life Coach, then you simply must take time to read this book. It’s really easy and quick to read. So many good people ended up in pain and desperation and I am on a mission to turn the odds around! The book is extremely valuable, as it can save you lots of time, money and emotions.

You have subscribed to alerts for Robert Simic.

You have been added to Robert Simic's favorite list.

You can also sign-up to receive email notifications whenever Robert Simic releases a new book.