Rand B. Schaal, PhD, taught geology at the University of California, Davis from 1986 to 1998. He was also employed at NASA Johnson Space Center, researching shock metamorphism in Moon rocks and in meteorites in the late 1970s.

He assimilated science and math on three campuses of the University of California: Davis, Berkeley, and Los Angeles. Later in life he also took courses in fiction writing and in popular science writing at UC Santa Cruz. Many years later, he also audited classes for two years at the UC Davis School of Medicine.

Dr. Schaal learned the most about the human frailty after suffering a major stroke on Memorial Day in 1998. Initially, while in the intensive care unit, he flatlined for thirty-six seconds and saw the proverbial white light. After his brush with death he was temporarily paralyzed on the right side. He recovered in the hospital for six weeks. Suffering from dain bramage and impeech spediments (spoonerisms were an amusing side effect), he was forced to give up lecturing at UC Davis and piloting regular airplanes. He became a hermit who typed with all five fingers on his left hand and pecked with only the index finger on his right hand. He wrote his first two novels that way.

In the year 2000 he bought Elsa, the motorglider. Then, in his garage at Davis, California, he completed the four-hundred-day project of assembling Sheila, a light sport airplane, from a kit. He finished her in 2007 and flew her to Arizona. Since then Sheila has been based at Safford Municipal Airport, SAD, in Arizona.

The unthinkable happened on 9 December 2013: another stroke. This time it affected the opposite hemisphere of his brain as the first. Afterward, his whole brain was damaged! No paralysis this time. He was in the hospital for only one week, but he was forced to take a seven-month hiatus from writing to renew his desire to write again and to regain sufficient motor skills to type words on a computer keyboard—two-fingered. As he took on the task of finishing The Radon Trilogy he could type only three-letter words without a typo—mots of teh tmie. A lot more time was required to write each new paragraph.

Sense of place shines as a principal aspect of Dr. Schaal's writing. Detailed factual descriptions of disparate geographical locations bring these stories to life: the taste of the salty seawater off the coast of San Diego in California to the silent snowfall on Moses Rock Dike in Utah; the comforting dry desert air at the Algodones Dunes in southern California to the huge pink boulders at the Texas Canyon Rest Stop on Interstate-10 in Arizona; and the spectacular cliffs of the Mogollon Rim north of Payson in Arizona to the majestic snowcapped Inyo mountains visible in alpenglow from the hot springs at Saline Valley in California. He has invested a lot of intimate time at each of these places, if not doing actual geological fieldwork there. These places become their own sort of ancillary characters in the stories. Safford, Arizona, in particular, becomes a well fleshed-out character with references to its streets, motel, restaurant, hospital, cemetery, airport, Walmart, and Dodge dealership. Some of the other non-speaking characters are the Gila Valley, Monument Valley, Saline Valley, Chaco Canyon, Grand Canyon, Colorado River, and Superstition Mountains. Their descriptions fulfill in him the accomplishment of travel, to peer at any distant horizon and to know what lies beyond, with the certainty of having seen it with his own eyes. Being an airplane pilot for nearly forty years has allowed him to explore beyond many distant horizons and to bring a sense of place to all his stories.

Dr. Schaal has begun outlining the next trilogy—a lunar geologist's adventures living on the Moon in a futuristic colony. 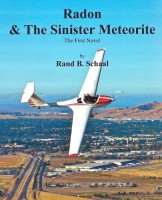 The Radon Trilogy by Rand B. Schaal
Radon Schneider, retired geologist and pilot, explores Arizona on a series of adventures. 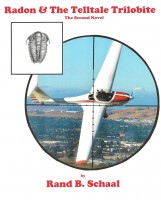 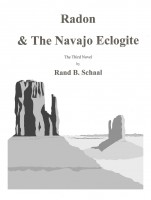 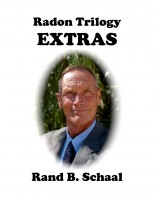 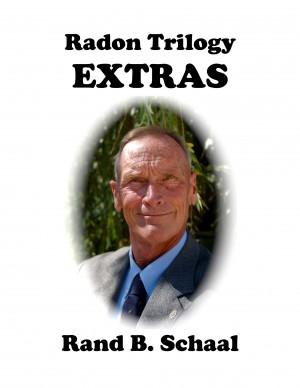 Radon Trilogy EXTRAS by Rand B. Schaal
Series: The Radon Trilogy. Price: Free! Words: 15,220. Language: English. Published: August 2, 2015. Categories: Fiction » Young adult or teen » Adventure
Get your free bonus material for The Radon Trilogy here! Get deleted prefaces from all three books. Get deleted chapters, deleted epilogue, and deleted appendices from Book 1. EXTRA! Get the author's own reviews of all three books and his review of the trilogy as a whole, plus a detailed biographical sketch about the author. Get color photographs of the author and Sheila, his home-built airplane. 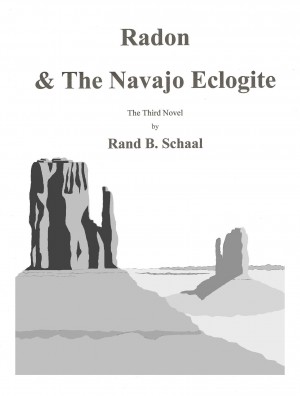 In this third book of The Radon Trilogy, Radon Schneider, geologist, finds an exotic red and green rock in Monument Valley, a part of the Navajo Nation. Schneider unravels the mystery of its origin while he battles his mortal enemy, Spencer Barkdale, the murderous villain who attempts to poison him. Cunning moves and countermoves between scientist and outlaw end with a bang. 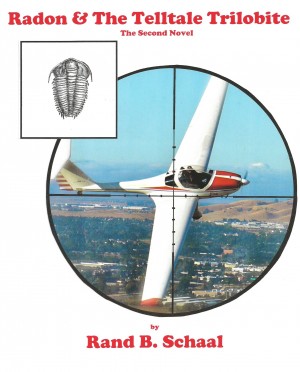 Radon Schneider, pilot and geologist, flies a sortie above the Colorado River to do aerial photography. He witnesses a horrific explosion on the interstate bridge near Yuma. Working with the FBI he finds a clue to identifying and locating the culprits—a telltale trilobite, an image on a bumper sticker. He survives treachery and gun fights, but will his scientific sleuthing prevent another bombing? 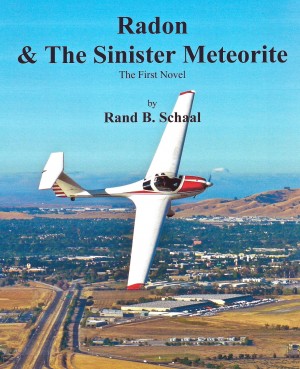 Radon Schneider flies his airplane over Arizona looking for ancient terrains that may contain meteorites. Hiking in the desert this retired geologist finds a mysterious meteorite. It contains remains of an extraterrestrial microbe. A genetics lab brings a home-grown analogue of the microbe to life, terrorists steal it and start an epidemic, killing hundreds. Will Radon's scientific guile prevail?

You have subscribed to alerts for Rand B. Schaal.

You have been added to Rand B. Schaal's favorite list.

You can also sign-up to receive email notifications whenever Rand B. Schaal releases a new book.