Randy Gonzalez has been an active member in the criminal justice field for the past 32 years. As a police officer, deputy sheriff and law enforcement trainer, he has been involved in a number of criminal justice activities. He is the former director of a police academy and a retired chief of police. As a police academy director, he was responsible for basic recruit training, as well as advanced and career development courses for in-service law enforcement personnel. As such, he was responsible for writing various criminal justice related materials, workbooks and training curricula.

His involvement in law enforcement education extends state-wide. Randy also serves as an adjunct professor of criminology on the faculties of several local educational institutions, including the local criminal justice training academy. In addition, he is full-time faculty of criminology at Keiser University-Sarasota, FL. He has served as an educational consultant to schools and colleges on matters of law enforcement training.

Randy has written and published articles and training manuals related to the field of criminal justice and law en-forcement. His training materials have been used in college courses and police academy training programs. He remains an active member of several professional associations at the state, national and international levels. In addition, he participates in several local writer’s groups and continues to write both fiction and non-fiction projects.

Where to find Randy Gonzalez online 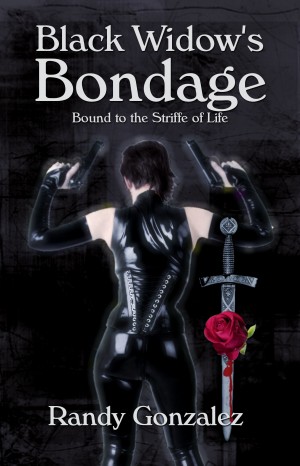 Black Widow's Bondage by Randy Gonzalez
Price: $9.99 USD. Words: 268,200. Language: English. Published: August 11, 2015 by Whimsical Publications. Categories: Fiction » Science fiction » Adventure, Fiction » Thriller & suspense » Spies & espionage
The trio of covert operatives from Area-51 are back. Black Widow's Bondage continues the action packet sexy spy-fi adventures from Angels Keep Watch, led by Dr. Sterling Striffe, with his paramour partner, the mysterious Myla Trench. Once again, to save the planet and protect America, they race against time and space to track down a fugitive Nazi war criminal to the far corners of the planet. 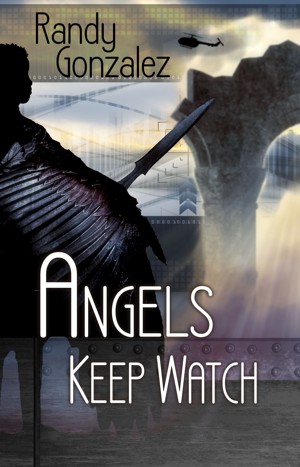 Angels Keep Watch by Randy Gonzalez
Price: $8.99 USD. Words: 218,280. Language: English. Published: January 13, 2013 by Whimsical Publications. Categories: Fiction » Science fiction » Adventure, Fiction » Mystery & detective » Hard-Boiled
To save the world and protect America, it takes a heroic quest in the confrontation between ‘good versus evil’, to challenge your senses of the normal versus the paranormal, and the abnormal. Dr. Sterling Striffe, spy, adventurer and mercenary is up to the challenge.

You have subscribed to alerts for Randy Gonzalez.

You have been added to Randy Gonzalez's favorite list.

You can also sign-up to receive email notifications whenever Randy Gonzalez releases a new book.