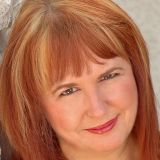 Rebecca Moesta (pronounced MESS-tuh) wanted to be an author since her early teens, but it wasn't until 1991 that she began writing in earnest. Her solo novels include Buffy the Vampire Slayer: Little Things (2002) and three novels in the Junior Jedi Knights series. With her husband, Kevin J. Anderson, she wrote the Crystal Doors trilogy, the movie novelization of THE LEAGUE OF EXTRAORDINARY GENTLEMEN under the pseudonym "K.J. Anderson" (2003); a movie novelization of SUPERNOVA (2000); a novelization of the popular StarCraft computer game STARCRAFT: SHADOW OF THE XEL'NAGA, under the pseudonym "Gabriel Mesta" (2001); and a Star Trek graphic novel, THE GORN CRISIS (2001). The team, currently working on a Young Adult science fiction series, has also written two young adult TITAN A.E. novels, TITAN A.E.: CALE'S STORY and TITAN A.E.: AKIMA'S STORY (2000), two high-tech Star Wars Pop-up Books, and a series of fourteen young adult STAR WARS novels:

Moesta has written several short stories, both on her own and with her husband, ghost-written a novel and co-written three science fiction and fantasy books under pseudonyms. In addition to her many fiction credits, she has had photographs, computer art, and nonfiction articles published in numerous magazines. She authored three novels in the Junior Jedi Knights series:

Born in Heidelberg, Germany, to American parents, and raised in Southern California, Moesta has traveled extensively in Europe. She has one son, who is in college. She is also CEO of WordFire, Inc., the company that she and Kevin J. Anderson jointly own. Moesta is currently writing a Young Adult fiction series. Her remaining time is spent serving as final reader and copyeditor on her husband's manuscripts.

Where to find Rebecca Moesta online 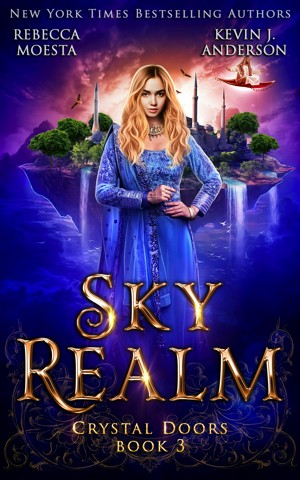 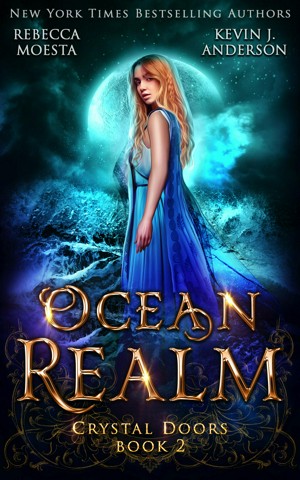 Ocean Realm by Rebecca Moesta
Price: $4.99 USD. Words: 70,140. Language: English. Published: December 21, 2021 by WordFire Press. Categories: Fiction » Science fiction » Steampunk & retropunk, Fiction » Children’s books » Action & Adventure / Survival Stories
Gwen and Vic are still learning magic and science on the island of Elantya, when they learn that Vic’s lost father has finally made it through the crystal doors to their new world. Can they escape in time to save the magical island from destruction? Or will their enemies finally win? 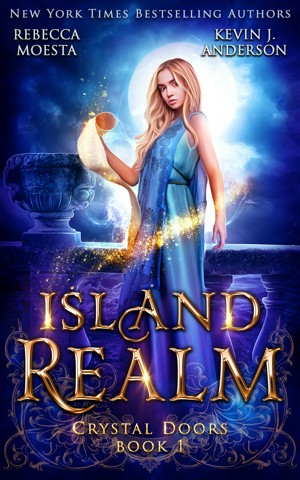 You have subscribed to Smashwords Alerts new release notifications for Rebecca Moesta.

You have been added to Rebecca Moesta's favorite list.

You can also sign-up to receive email notifications whenever Rebecca Moesta releases a new book.