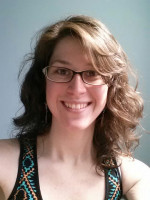 Amanda Marsico is the tea-sipping, cat-cuddling, chocolate-sneaking author of the Humans In My House series (middle-grade fiction), the Acephalous series (YA drama), and Nova June: Inventor (picture book); owner of Red Ink Enthusiast, a writing services and publishing company; and professor of English and Composition. When she’s not swimming in post-it notes, she’s crafting, baking, or enjoying a hike.

When did you first start writing?
I was writing creatively before I could even spell. It was simple, silly, but I did it for fun and the habit continued. I always had journals and filled so many pages between the ages of 12 and 19. In addition to my daily journaling, I wrote poetry everywhere. On napkins, school papers, you name it. I don't journal anymore, but this doesn't mean I don't write daily. I still have bits of poetry pop into my head at random times, too. Those I type out on my phone and finish later.
My first professional writing experience was a freelance job interviewing artists for a gallery and writing editorials for their website. I was 20. Since then, I've accumulated a large list of published pieces, but none of them felt so surreal or exciting as the first novel, Humans In My House, that published in 2015, and Acephalous, the story I started at 14 years old and finally finished in 2016. That one tops the list of most exciting moments of my career.
What's the story behind your latest book?
Ontogenesis: Acephalous Book 2 follows the story of Breena and Atlas as Breena tries to clean up the messes she made in book 1 and Atlas tries to win her back. In book 1, Breena is a selfish, annoying person. She uses her dreaming to escape reality, and she yearns to be someone else. This inward focus causes her to steamroll her friends and family. She sees what she's doing to them, but struggles to pull out of the addictions and relationships that keep her in such a mindset. I painted her in this light purposefully because, first, not every character in a book, not even the main character, has to be likeable all the time; and second, in order to redeem herself in books 2 and 3, she had to start at a low point. She needs room to grow, and heroic, likeable characters have less room for realistic development if they start out that way. They're changes become caricatures, larger than life traits that paint them as perfect. Breena was never meant to be perfect. In book 1, Breena makes terrible decisions and struggles to put others first. While book 1 focuses on Breena's downward (or maybe more appropriately, INWARD,) spiral, book 2 sees her accept reality, embrace her identity, and set out to take responsibility by sacrificing her way of life. Without giving too much away about books 1 and 2, I'll simply say that Breena is going use her power and influence for others rather than herself. Some of the main mischief-makers of book 1 will get what's coming to them, and those who still get away with their evil will see justice in book 3.
Read more of this interview.

Where to find Amanda Marsico online 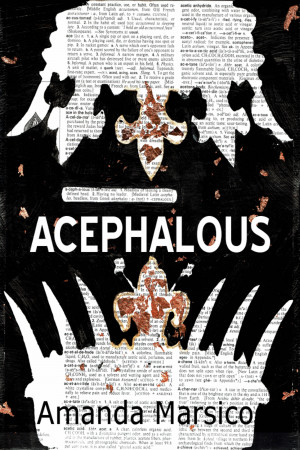 Acephalous by Amanda Marsico
Price: $5.99 USD. Words: 84,200. Language: American English. Published: February 27, 2018. Categories: Fiction » Young adult or teen » Paranormal, Fiction » Young adult or teen » Fantasy
Breena is ambivalent, spending days practicing the cello and nights dreaming she was anyone else. When a dream-figure presents the opportunity to reshape reality and her role in it, she seizes the chance. But the learning curve to her new identity is steep and painfully loses its charm. Bree wants to return to reality, but it’s too late, and she must sacrifice a part part of herself to survive.

You have subscribed to alerts for Amanda Marsico.

You have been added to Amanda Marsico's favorite list.

You can also sign-up to receive email notifications whenever Amanda Marsico releases a new book.