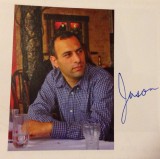 I was born in Israel, a country that was established as a homeland for Jews, many of them refugees. Over the last century, many Jews had been forced from their homelands, persecuted, and killed as members of an ethnic and religious minority.

Israel was essentially founded as a refugee nation, exclusively for Jewish refugees. The Jewish people came together, and despite enormous obstacles formed a Jewish nation. I hope the world will now come together to form a nation for all refugees regardless of race, religion, or nationality.

I grew up in the United States, which has been home to refugees and asylum seekers since before its independence. I was surrounded by people of all nationalities and backgrounds. These two homelands have shaped my identity and worldview. Flawed as they are, each attracted idealists and dreamers.

My successful career in real estate has enabled me to live the American Dream. I have traveled to over 70 countries, along the way teaching English in Taiwan, mixing drinks in Finland, sponsoring an orphanage in Nepal, setting up a new library in Ghana, and volunteering at a school in Poland. My world travels and experiences have informed and shaped me.

Last year, in a desire to give back, I started a scavenger hunt called "Hidden Cash". What started as a fun little local activity soon became an internet sensation, and briefly put me in the media spotlight. It was a fun experience in some ways, but I do value my privacy, and am not seeking attention.

But this idea, which I have had for many years, seems to become more urgent with every passing day.

As the number of refugees continues to increase to record levels. As we watch news reports about more boats capsizing in the Mediterranean, with hundreds drowning at a time, or asylum seekers starving to death in Southeast Asia, refused admission by multiple countries. As we read about millions driven from their homes. Whatever the timing for me personally, how can I not act? How can WE not act? Is it not our civic duty? This proposal should be discussed on its own merits. If people don't like me, or my background, it shouldn't matter.

The idea is what matters. We are planning to have hundreds, perhaps thousands, of ambassadors spreading the word. We hope you will be one of them.

They say there is nothing more powerful than an idea whose time has come. We feel that this is overdue, and that the status quo – millions suffering needlessly – is no longer acceptable. No one in the 21st century should be homeless and stateless.

Where to find Jason Buzi online 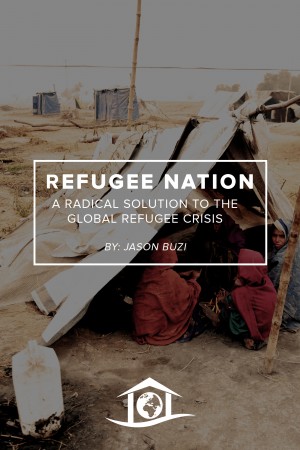 You have subscribed to alerts for Jason Buzi.

You have been added to Jason Buzi's favorite list.

You can also sign-up to receive email notifications whenever Jason Buzi releases a new book.