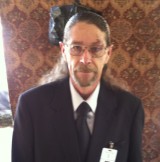 My name is Rev. M. L. “Joshua” Rosenblad, I was born into a Pagan Family, who encouraged me to explore the many belief systems in the world. Raised in an Earth-Based, Family Tradition, I learned and lived the path that I would ultimately follow.
As my studies progressed, I did learn about many beliefs by visiting the different Churches, talking with members and leaders and allowing myself to learn from these experiences. As my understanding grew, so did my desire to learn more.
I began studying Religious Philosophy and ultimately earned an advanced degree in the subject. In my education, I found the many similarities of all the belief systems and questioned the “one true religion” concept and felt that it was important to create an environment that allowed people to share their beliefs so that the chasm between beliefs could be bridged. These thoughts gave birth to the Gaianist Free Church, which was developed over about a ten year span.
I have authored five books and several articles over the past few years and am currently working on three more books to be published in 2016-17.
In 2011 along with my Wife and Brother in spirit we founded the Gaianist Free Church (gaianist.org), which is an Earth Based and Interfaith spiritual organization. In 2012, together, we created the American Spiritual Alliance Interfaith Academy (americanspiritualalliance.org) which carries a Religious exemption authorizing us to bestow Religious Degrees based on our Earth Based and Interfaith direction. Currently, we are developing a distance (online) learning program which also carries our Religious exemption. This learning platform is scheduled to be deployed in late 2016.
In 2015, I became a member of the Council for a Parliament of World Religions which has helped us in our growth toward mainstream understanding and cooperation. Our Church is also currently a member of the Covenant of the Goddess. This prompted us to engage in a number of different community action programs such as domestic violence spiritual counseling, working with a number of groups associated with the LGBT communities and a number of earth stewardship ventures.
It is my belief that as an earth based spiritual organization, it is our duty to eliminate as much of the myth and misconception that we have so long been persecuted with through social involvement and participation. We have for so very long hidden in the shadows which has ultimately been a powerful source for all of the negative tales about our spiritual path.
As a Church and Educational Institution, we are beginning to see a growing level of respect and acceptance through our efforts.

What motivated you to become an indie author?
I have to admit that I didn't feel that I was very qualified to present a book to the public, but after my Wife and Brother continued to prod me about the workshops that I was teaching; I gave in and started to compile those workshops into short books. This led me to actually submitting to a hard copy publisher (the book was accepted immediately and will be released on April 25, 2014). Indie printing has great value to me and I will be writing more in-depth material for self publication.
How has Smashwords contributed to your success?
They allowed me to realize that I could produce something that had merit and would actually be read by more than just my close circle.
Read more of this interview. 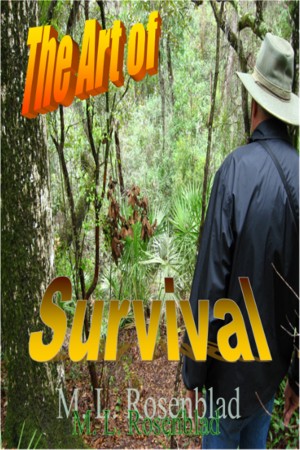 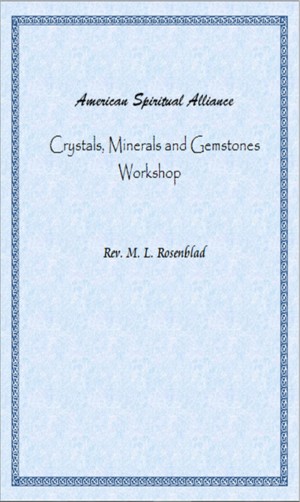 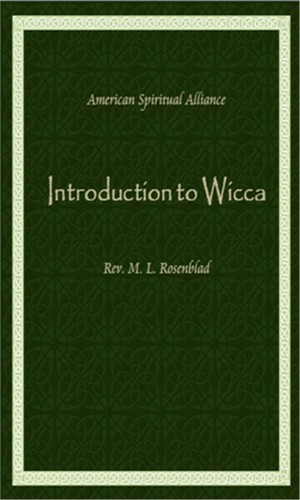 American Spiritual Alliance Introduction to Wicca by M. L. Rosenblad
Price: $1.99 USD. Words: 3,590. Language: English. Published: June 9, 2012. Categories: Nonfiction » Religion & Spirituality » Religious history
Revised 08/11/2015 A brief introduction to the history of Wicca and it's present day practices.This is not a complete compendium, but a workshop for beginners. Written both as a method to create understanding and as a prerequisite to Clergy training within the ASA.

You have subscribed to alerts for M. L. Rosenblad.

You have been added to M. L. Rosenblad's favorite list.

You can also sign-up to receive email notifications whenever M. L. Rosenblad releases a new book.