I was born at the Base Hospital at Canadian Forces Base Shilo Manitoba. My father was a Military man who spent 27 years in the Canadian Army.
As a child I lived in Shilo Manitoba, Victoria in British Columbia, Werl in West Germany, Zost in West Germany, Chilliwack back in the beautiful province of British Columbia , Ottawa Ontario (the capital of Canada), Chilliwack again, and finally Prince George back in British Columbia. I attended 9 schools in 12 years, and joined the Canadian Military at the tender age of 19.

During a 24 year career was stationed in Winnipeg Manitoba, Baden Baden West Germany, Penhold Alberta, Chatham New Brunswick, Petawawa Ontario, and eventually in Edmonton Alberta. My highest rank was Sergeant, which I managed to attain three different times.
My Overseas tours, include, A United Nations tour of Cyprus, NATO tours of Bosnia & Kosovo, and Military Duty in the USA, Romania, Macedonia, Germany, France, and Holland
After retiring from the forces I worked for a number of different people and companies, from the Ekati diamond mine in the North West Territories, I worked for an IT company, Decision Dynamic doing construction cost control in West Virginia, became for a short unhappy time a broker with Edward Jones Investments, Worked once more as an IT project manager for Decision Dynamics and owned a Chem-Dry carpet cleaning franchise.(don't ask my why, I haven't figured that one out yet myself) I started EKO carpet and Upholstery care in Oct 2009 and the Cleaning Command in 2014.
I have been married for over 25 years to the extremely lovely and extremely patient Marilyn, and have two children, Jordan and Ashleigh.

AS of July 2014 I am working ( if that's what you want to call it) on two books. One is another adventure novel and the other a self help book for wanna-be entrepreneurs

you can get in touch with me at rob@oilcountrymedia.com, I have an opinion on everything so I will be more than happy to chat with you. 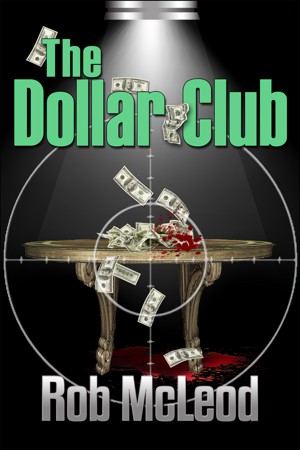 The Dollar club by Robert M. McLeod
Price: $3.99 USD. Words: 115,160. Language: English. Published: May 31, 2013. Categories: Fiction » Adventure » Action
Special Forces sniper Sergeant Ryan Stewart has become the pawn in a monstrous global conspiracy and the target of a shadowy organization known as the Dollar Club. Armed with the only a few facts, unaware of the strength and ruthlessness of the forces arrayed against him, Stuart travels across Europe and North America to a showdown where losing means more than just his death.

You have subscribed to alerts for Robert M. McLeod.

You have been added to Robert M. McLeod's favorite list.

You can also sign-up to receive email notifications whenever Robert M. McLeod releases a new book.