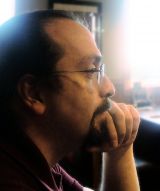 Robert Courtland grew up on the great plains and migrated to the foot of the Rocky Mountains for collage. He took his time getting around to writing seriously. He started out in his teens devouring the novels of Terry Brooks, Stephen R. Donaldson, and J.R.R. Tolkien then naturally put pen to paper to try his own hand at it. Those early attemps faltered and college and career moved writing to the background.

While life took him away from writing for a while, his interests continued to expand. He learned several languages and studied about other cultures around the world and through time. He took up calligraphy, map making, and archery. These ecclectic areas of study were useless at work, but when he finally returned to writing, it provided a unique perspective. He returned to his first love, epic fantasy, and set about creating worlds and stories colored by the broad scope of his studies.

Robert lives in Colorado with his wife and son. He holds a Bachelors degree in Liberal Arts, but believes you should never stop learning. He continually strives to expand his horizons and is always looking for ways to make his stories unique and different. When not immersed in writing, he likes to read the works of Carol Berg and Carrie Vaughn or watch classic movies.

Where to find Robert Courtland online

Crystal Deck of Ryuu by Robert Courtland
The World of Ryuu faces a crisis and a war torn continent struggles for stability with all sides fearing an invasion from their ancient enemy.

The Chanai Prophecies by Robert Courtland
A magical land holds a prophesy of a savior, the Chanai, who will save them. Trouble is that the prophesies are so garbled that no one is sure what the Chanai is supposed to do. No one but the Chanai herself that is. 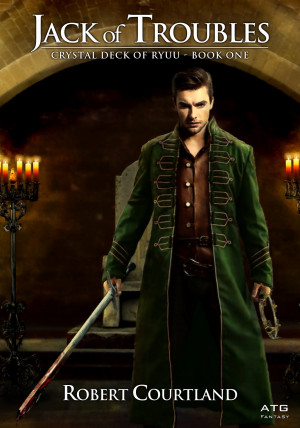 Jack of Troubles by Robert Courtland
Series: Crystal Deck of Ryuu, Book 1. Price: $4.99 USD. Words: 151,230. Language: English. Published: February 3, 2015. Categories: Fiction » Fantasy » Epic, Fiction » Fantasy » General
It falls on Dara, a Simmasi Royal Ranger, to get Prince Shelon safely back to his people. After a series of assassination attempts, she remains as his personal guard as he tries to win back the Kingdom his grandfather lost. 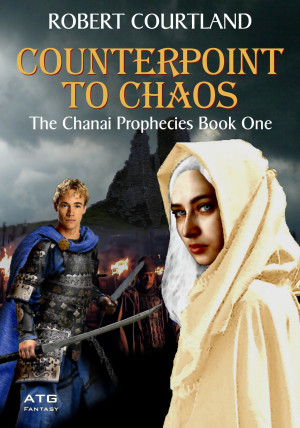 Nazia and Anton meet when a magic spell transports them to a different world where magic reigns. Nazia is soon labeled the Chanai, a woman who is supposed to save the nations. To get home she will do it, but she will do it her way. While Anton must find his place as the general in the coming battle, Nazia must complete her own quest if they are to succeed.

You have subscribed to alerts for Robert Courtland.

You have been added to Robert Courtland's favorite list.

You can also sign-up to receive email notifications whenever Robert Courtland releases a new book.