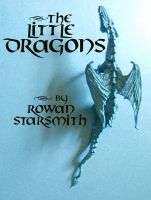 25 readers have added this author as a 'Favorite Author'.

My “real life” name is Anne Bishop. As Anne, I am the author of seven non-fiction books, including one that has been published in five countries. The fact that I share my name with at least two other published non-fiction authors gives rise to occasional questions, but has not been a problem. When I decided to experiment with writing fantasy fiction, however, my name became an issue. As many readers of fantasy will know, Anne Bishop is a well known American fantasy writer with thirteen novels to her credit, including the well-known Black Jewels Trilogy. She has also copyrighted her/our name. For the past two years, I have been attending readings and taking part in discussion about fiction writing in Second Life, a user-created virtual world where my name is Rowan Starsmith. So, when I decided to put my experimental fantasy novel out there for others to share, I took Rowan Starsmith as my nom-de-plume.

As Anne, I live in rural Nova Scotia, Canada. In summer, my partner and I raise vegetables, fruit, chickens and sheep. In winter, I write and edit. In 2016, I won the Nova Scotia Writers' Federation's H.R. (Bill) Percy Prize for an unpublished adult novel. Under the Bridge will be published in the spring of 2019l. All year I spin and knit yarn and operate an online wool shop.

Where to find Rowan Starsmith online 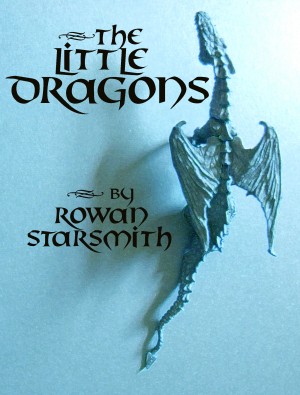 Life in the Kingdoms is lived at night when Dragons sleep. Mother Peg, Healer of the Earth People, searches for the secrets of the Dragon Priestesses and their Little Dragons, who once kept the people safe. So does powerful King Anglewart of the Westlands, whose fathers killed them. Others are drawn into their quest, into danger, not only from Dragons, but from their antagonism towards one another

You have subscribed to alerts for Rowan Starsmith.

You have been added to Rowan Starsmith's favorite list.

You can also sign-up to receive email notifications whenever Rowan Starsmith releases a new book.