Russell Croft has followed an unusual career path. He started out as a solicitor and later switched to being an academic historian. He now works for himself, as a writer of Victorian historical fiction with a legal backdrop.

Having lived here, there and everywhere, Russell is now happily resettled in his home town of Leeds. He likes to walk in the Yorkshire Dales, while imagining situations to throw George Phinney (the solicitor narrator of his stories) into.

Russell is passionate about history and is constantly reading and researching into different aspects. Find out what is currently interesting him from his blog.

He does not intend returning to the legal profession.

Where to find Russell Croft online 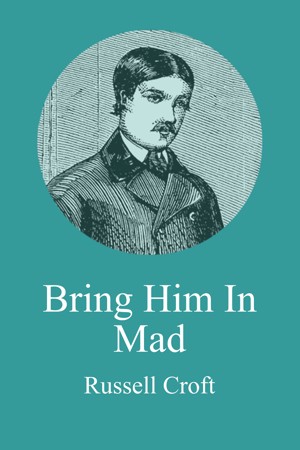 Bring Him In Mad by Russell Croft
Price: $2.99 USD. Words: 104,530. Language: English. Published: December 20, 2012. Categories: Fiction » Historical » Victorian
“Bring Him In Mad” is a fictionalised version of the Windham lunacy trial of 1861, which lasted thirty-four days and caused a great sensation. It tells of how eccentric young Norfolk squire, William Windham of Felbrigg Hall, was accused of madness because of his infatuation with Agnes Willoughby, a courtesan of the kind known as “pretty horsebreakers", and it describes his eventual fate.

You have subscribed to alerts for Russell Croft.

You have been added to Russell Croft's favorite list.

You can also sign-up to receive email notifications whenever Russell Croft releases a new book.