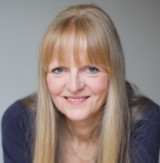 I was lucky enough to be born in the West Country, in beautiful North Devon. Some people know from a very early age that they are going to be writers: I wasn’t one of them. I fear this will upset some readers, but I left university with an English degree and a plan to get married and live happily ever after. Perhaps it was all that Jane Austen.

Some of my earliest ventures into creative writing were attempts to type up my indecipherable shorthand in such a way that the boss wouldn’t realise I was making it up. As secretaries were replaced with computers, and my higher-flying contemporaries discovered to their horror that they were expected to type their own letters, there were fewer and fewer outlets for creativity in the office. Finally I took the plunge and started working on my own material.

And then came the Romans. I wasn’t looking for them: we only went to Hadrian’s Wall because we thought our children should do something educational on holiday. Sheltering from the rain in a museum, I read, “Roman soldiers were allowed to have relationships with local women, but they were not allowed to marry them.” Obviously, here was a terrific story waiting to be told. All I had to do was find out everything there was to know about Roman Britain, invent things to fill the gaps, and work out how to put it all together in a novel…

I’ve been accompanied throughout this impossible mission by a patient husband. We have two grown-up sons, two three two cats at the last count, and an unknown number of badgers who live down a dark hole in the garden.

When I’m not researching or writing the Ruso novels, I spend the occasional joyous week grovelling in mud with an archaeological trowel, because Roman Britain is still there. Underneath our feet.

Where to find Ruth Downie online 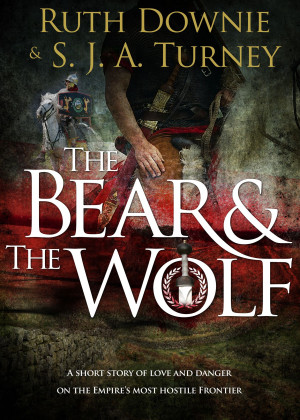 You have subscribed to alerts for Ruth Downie.

You have been added to Ruth Downie's favorite list.

You can also sign-up to receive email notifications whenever Ruth Downie releases a new book.