Although I was born in the United Kingdom I am for all intents and purposes a Kiwi as my family immigrated to New Zealand shortly after my first birthday and we have been here ever since.

Growing up I had a wonderful childhood full of imaginative play and make-believe worlds and, to be perfectly honest, nothing much has changed. I drink in the heroines of Studio Ghibli and lap up the imaginative worlds of C. S. Lewis, and I revel in the complexities of J. R. Tolkien and Fuyumi Ono.

I did not study writing or literature, however I have been telling stories in one medium or another ever since I was a child. With a background in the Performing Arts and Disability Studies, and with varying degrees of Dyslexia I have my own way of telling stories which I will continue to hone as my focus shifts to the medium of the written word.

When did you first start writing?
I've written stories since I was a small child, granted the first few books I made were nothing more than hilarious drawings and story lines such as Mat hit Dan with the bat and Dan got Mad. I've moved on since then and I actually wrote my first novel when I was in high school, but sadly I lost the draft for it. During my university years I didn't do any writing outside assignments and so it has only been in the last two years that I've picked it up again.
What's the story behind your latest book?
Well I've actually got a few books, some waiting in the wings, others being written, and more still in the developmental stage. So I've got everything from a romance based in an alternative 1920's to a science fiction involving travel between two worlds and governmental conspiracies, and of course my favourite genre fantasy involving magic users and prophecies. So I have plenty to keep me busy and plenty for you to look forward to.
Read more of this interview. 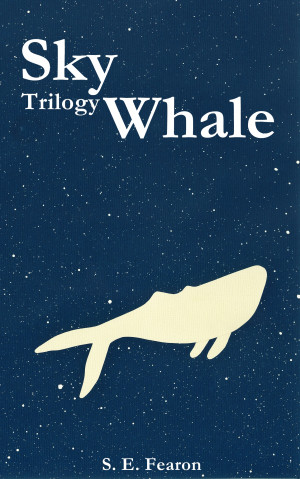 Sky Whale Trilogy by S. E. Fearon
Price: $4.99 USD. Words: 190,770. Language: English. Published: July 2, 2020. Categories: Fiction » Fantasy » Epic
In the Sky Whale Trilogy we meet three heroines, with three destinies, in three unique novels set in the developing civilisation of the Draca Lands spanning some two-hundred and seventy years. In each story the sky whale (a mythical omen of destiny) is a mostly invisible but strong presence presiding over the destiny of our heroines as each heroine faces the turmoil of their times.

You have subscribed to Smashwords Alerts new release notifications for S. E. Fearon.

You have been added to S. E. Fearon's favorite list.

You can also sign-up to receive email notifications whenever S. E. Fearon releases a new book.