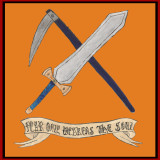 Born and raised in the UK, I have a technology-based education, but my passion has always been in creating stories, worlds, characters, and doing anything that allows me to use my imagination.

I’ve had the privilege of being able to travel many parts of the world in such a small number of years, learning of different cultures and histories. Everywhere I go, I’m always absorbing new knowledge, and when one has so many ideas bursting in their mind, there is no greater joy than allowing them to materialise.

Where to find S.F. Claymore online

Champion of Psykoria by S.F. Claymore
Prince Snarmis towers over most men in Psykoria, but too long have his skills with a sword been lacking. King Breetor is running out of patience, causing Snarmis to question his own worth. Then, the realm is invaded by daemons. Alongside his close friend Serenity, Snarmis witnesses the daemons’ horrifying power and realises the danger that has befallen them. He learns of an object that might help him, but retrieving it means venturing to where the conflicts are thickest. If Snarmis can’t become the warrior-prince his people need, Psykoria will surely perish. If you like action-packed fantasy with lots of character development set in a world filled with almost every magic creature you can think of, then you'll love this heroic fantasy series. 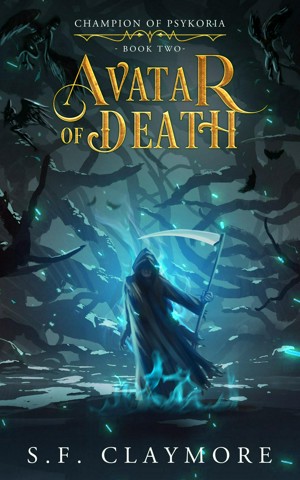 Avatar of Death by S.F. Claymore
Series: Champion of Psykoria, Book 2. Price: $3.99 USD. Words: 89,560. Language: British English. Published: March 1, 2022. Categories: Fiction » Fantasy » Epic, Fiction » Adventure » Action
In the midst of the daemon invasion, Jrak Swadoh has been tasked with investigating a failed siege. He learns that the daemons might not be their only enemy, and for Jrak himself, the source is much closer to the heart. What Jrak cannot comprehend is the incredible transformation this ordeal will put him through—to shun his name and become a figure Psykoria might not stand a chance without. 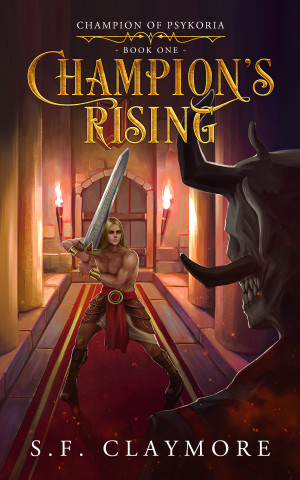 Champion's Rising by S.F. Claymore
Series: Champion of Psykoria, Book 1. Price: $3.99 USD. Words: 83,330. Language: British English. Published: August 29, 2021. Categories: Fiction » Fantasy » Epic, Fiction » Adventure » Action
Prince Snarmis is one of the strongest men in the kingdom of Psykoria, but his skill at fighting fails to impress his father, whose approval he seeks. The country is invaded by daemons—terrifying, blood-thirsty monsters set only on death and destruction. To save his land, Snarmis must become the great warrior his father insists of him, or die in the attempt. 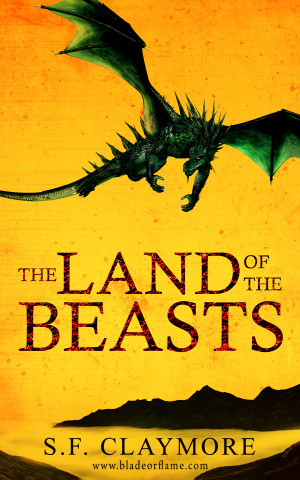 The Land of the Beasts by S.F. Claymore
Price: $2.99 USD. Words: 31,350. Language: British English. Published: December 7, 2018. Categories: Fiction » Fantasy » Epic, Fiction » Adventure » Action
Psykoria is on the brink of civil war. King Breetor sails out to eliminate the source of the unrest, but his ship is caught in a great storm. He is swept to an unknown land filled with legendary beasts. If he can’t find a way off this island, what will become of his homeland and his beloved Queen Aurandria? 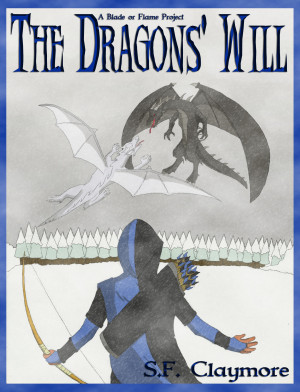 Darkus Ryder is the Overlord of Slyke, a position tasked with enforcing justice throughout the realm. However, the presence of a mystic order of mage-priests and priestesses garners unwanted attention from dragons. If Darkus cannot stop this threat, then all of Slyke will burn.

You have subscribed to Smashwords Alerts new release notifications for S.F. Claymore.

You have been added to S.F. Claymore's favorite list.

You can also sign-up to receive email notifications whenever S.F. Claymore releases a new book.