Steven J. Conners was born in Dayton, Ohio. He’s worked in the entertainment industry his entire life as a manager, producer, writer, performer and director. His interests include the magical arts, cooking, horse racing, politics, philosophy and the environment. He’s produced and toured throughout North America various theatrical productions, children’s shows, event-style promotions, full evening magic/horror shows, created and co-produced the first living cartoon show for Warner Brothers, "The Bugs Bunny Show", and produced a lavish impersonator show called "A Bi-Sextenial Event: What a Drag!" After traveling across North America talking with hundreds of people, he wrote the novel “A-B-C,” which has become book two in The Madness of Power series. After a short stint as a radio show host, he published “A Voice of Reason.” Conners continues to write children’s books, plays, librettos, and novels. His home base is Reno, Nevada. For more information visit www.stevenjconners.com. 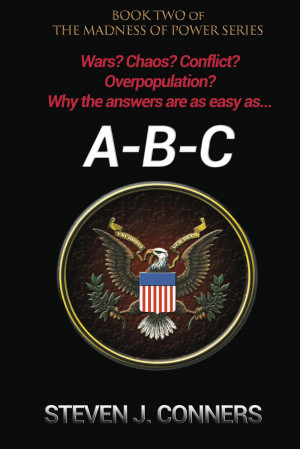 A-B-C Book Two: The Madness of Power by Steven Conners
Price: $3.99 USD. Words: 143,320. Language: English. Published: January 8, 2012 by Steven J. Conners. Categories: Fiction » Themes & motifs » Political, Fiction » Thriller & suspense » General
Early in his life, Billy Johnstone decides to personally correct humanity’s problems. His plan to break the curse of social ills, poverty, religion and politics that divide us manifests as he becomes a self-made billionaire and a Third Party President of United States. Wielding the great power of that office, he puts his altruistic plans into action. Everything's gonna be all right...Or is it? 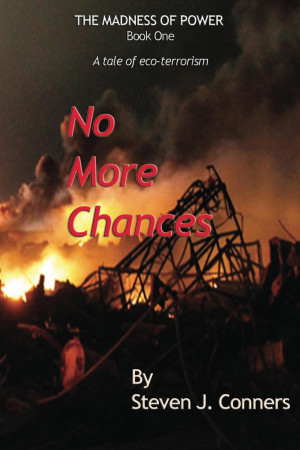 No More Chances by Steven J. Conners
Price: $3.99 USD. Words: 62,700. Language: English. Published: January 10, 2018. Categories: Fiction » Adventure » Action, Fiction » Thriller & suspense » Action & suspense
NO MORE CHANCES, Book One of THE MADNESS OF POWER series, is a tale of eco-terrorism that reflects the current state of the world, in all its violence, greed, and ignorance. Eric Atkins loses his job. With the help and resources of ex-Marine buddies (a CIA Agent, a billionaire and his head of security) he targets the top serial polluters in an effort to shut them down. Will their plan work?

You have subscribed to alerts for Steven J. Conners.

You have been added to Steven J. Conners's favorite list.

You can also sign-up to receive email notifications whenever Steven J. Conners releases a new book.