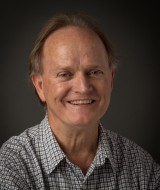 Stan Sudan was born and raised in the mountains, valleys and forested farmlands of northwestern Montana. He attests that it was a childhood as wonderful as any creature on Earth ever could have been blessed to experience. He tries in his writing to preserve those practical memories from his early life, which include many true-to-life adventures, but also fantasies and fictional stories that followed him into his later years.

The farm-life of his youth was peppered with stories, folk-ways, fables, adages and tales of his own ancestors who homesteaded over generations—from Minnesota to Oklahoma to Montana—and did, true to his daily listening to those tales, drive Model A Fords on corduroy roads, drive steam engine tractors and harvest crops with teams of horses. Many evenings were filled with discussions over books, one of particular significance being Ostrander & Schroeder's Psychic Discoveries Behind the Iron Curtain, not to mention classic books of science fiction, such as Aldous Huxley's Brave New World, and George Orwell's, 1984—both of which were two of his mother's favorites.

His own foundations in paranormal writing originated in having discovered, at age twelve, The Book of the Zohar, which enlightened him to the world of metaphysics, along with two books his oldest sister loaned him on handwriting and palmistry. To this day, he admits, those books are partly responsible for his obsession with the paranormal, and why the sublime forces of spirit and the occult make their way into his writing. Yet, far beyond the tales of alien invasion and reading with fingertips, which, by the way, often frightened him to death, were the monthly, sometimes weekly tuck-and-cover drills for those rural regions that lay only a few miles below the Dew-Line where students growing up during the Cold War practiced curling their heads between their knees and turning their faces away from the windows while lying under their desks. One would think that couldn't happen in such a wilderness setting. But it did, complete with secret, paramilitary soirees he frequently took deep in the middle of the night as a teenager.

Guided by several key zealots, one of whom was an a ex-green-beret, he learned martial arts, hand-to-hand weapons and guerilla fighting, reconnaissance techniques, resistance subterfuge, as well as street-fighting and wilderness survival. Heinlein's The Moon is a Harsh Mistress was required reading in one of those particular groups who planned on invading a small Pacific Island. Occult meetings and paranormal studies in his youth were as normal to him as his scholastic studies. But being such a conservative community, much of those studies were conducted in secret with a small band of cohorts who conducted vampire and werewolf hunts and scavenged for arcane circles of power in the middle of the night. Yes, it was for real. So much so that one of the expats of that original group remains to this day an avowed born-again who refuses to talk about those dark experiences. It's the stuff of legend that makes its way into his writing, because there's nothing better than first-hand experience to instill both passion and truth in one's storytelling. Along with a little excitement and adventure.

He attended a small, rural, two-room schoolhouse where he spent many years in the company of a handful of classmates and friends with whom he maintained his friendship into adulthood. Later in life he would find his way into the post-cold-war industrial complex as an artist, working with top secret administrative proposals for satellite weaponry—where books that were required reading included Robert Lindsey's Falcon and the Snowman, about the very real world of espionage and government counter-intelligence. That realm was real, as well. And he lived it, easily identifying with the main characters of the book, which ultimately was the reason he left the military-industrial, top-secret world as a career, even though he could have been long-since retired with an incredible pension. Life's not always about making good money, he will equally attest.

First-hand he can tell you about the radical groups living in Montana and along the Front Range of Colorado, including secret occult organizations that to this day still function beneath the facade of government, all the while rubbing shoulders with religious establishments that sheltered pedophiles, occult practitioners and looked the other way with capital crimes. Those disheartening memories of the Cold war, draft resistance, counter-espionage and organized crime all provide a plethora of first-hand references that are ever-present, albeit more often than not subtly, in his stories.

Those early life experiences, have long been replaced with a keenly remembered Light that warms his heart when he remembers his childhood. In those bygone days of his youth, Montana truly was a setting perched close to heaven. Some even proclaimed it was God's country—and some still do. In that rural environment, neighbors did, and still do, drop everything and come for miles on end to lend a helping hand. It is ironic, he says, how seeds of life are sewn that way. Because that's how he still responds to his friends and neighbors. The indie publishing realm is just like that. And he feels proud to be a part of that sharing, ever-helpful community.

For more details about Dancers of Light and Darkness or the author's biography, please visit the author's website:
http://www.dancersoflight.com/

What inspires you to get out of bed each day?
I love, love, love that we are sentient, feeling beings on some sort of cosmic mission to define ourselves. It's truly amazing that we walk around in animated muscle, bound together in a psycho-sensory way by nothing more than strings of ganglia, trying as hard as we can to figure out why we are here. We're both, at once, a walking-talking science experiment, and the undefinable ingredients to a Science Fiction script. Sometimes I wake up and it's like I'm living in the Twilight Zone. How much better can it get than that?

Whether it's to record a profound dream, or to work on a manuscript, I think it's significant--at least inspirationally--to say that the first thing I do, even before I eat--like today--is that I turn on my computer and start writing, or editing, or working on my writing. It's noon. And I'm still in my jammies. Because it's the weekend. I covet my free time with more tenacity than a starving dog holding onto a butcher-shop bone. I still haven't eaten. And I'm still writing. So...in a nutshell? Writing. I know it's clichéd. But it's what gets me out of bed each and every day--even on those days that I have to trudge off to work. After all...there's evening...and the weekend.
What are you working on next?
Editing, editing, editing. I have seventeen manuscripts on my computer. My current hope (and plan) is to get one novel edited and published just as soon as the other goes to press. It's way past time for me to get published. And I apologize for holding onto all these novels for so long. They need to be shared. Sisters of Light is not the first book chronologically, but one has to pick a place to start. So I did. And Dancers of Light and Darkness is the result. The other stories will just have to wait.

The Dancers of Light and Darkness series is equally about the heroine Iya-Ko-Naya and her Sisters of Light, as it is about the hero Shatwa Hei and his Brothers of Light, as it is about the heroine's and hero's friends, families, and their encounters with Sisters and Brothers of Darkness, their families and their friends. It's a huge endeavor to decide on the flow of an epic fantasy or adventure series. Next up, after Sisters of Light--which tells the story of how the two little Legacy-gifted Sisters of the Clan of the Mountain, Iya and her Sister-cousin Sweet-Star, become Medicine-Riders--is Dancers of Light, which tells about the transformation of Iya's biggest up-Mountain rival. After that, Medicine-Riders, which tells about Shatwa Hei, and the re-Awakening of his Ancient Skills.

Brothers of Light, the fourth novel in the series, following the opening trilogy, goes much deeper into Shatwa Hei's training as a Guardian, and unveils yet more Secrets about Iya's Medicine-Riding Sisters as both the Outsider Apprentice and his Runner-Sister are confronted with Darkness on the Spirit-haunted Flatlands.
Read more of this interview.

Where to find Stan Sudan online

You have subscribed to alerts for Stan Sudan.

You have been added to Stan Sudan's favorite list.

You can also sign-up to receive email notifications whenever Stan Sudan releases a new book.