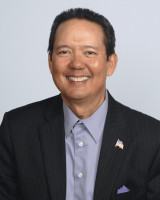 My mission in life, which I experienced the past 66 years, is security. I spent 43 years practicing how to protect myself under the most difficult predicaments. I have practiced scenarios from empty-handed to firearms, and not to mention bladed weapons self-protection techniques. What I have realized in all this practice, is no one is ever prepared to be attacked!
I have spent my adult life trying to be prepared on as many levels as possible. Cybersecurity has been a passionate pursuit this past 5 years, culminating in a Master of Science Cybersecurity, Digital Forensics and Cyber Investigation from the University of Maryland University College April, 2016. This process heightened my perception that America's 12 Critical Infrastructures, which control our daily lives from food, water, banking to emergency services access are also unprepared for internal employees' cyber attacks! My life focus has been for as comfortable a life as possible for my wife and our children.
What is apparent is your life is a personal responsibility. It is based on your values premised on an unflinching self-assessment of your abilities, and pursuit of liberty in all its manifestations. I believe that a journey of finding who you are must be done sooner or later!
Upon finding yourself, one must decide quality of life. And if you have a family, quality of life extends to them as well. The pursuit of the best quality of life begins, or ends, with your ability to do so without terminal health concerns from cancer to personal injury from an unprovoked attack.

Why are people in a general state of denial when it comes to protecting themselves from an abrupt attack?
The answer to this rhetorical question encompasses many layers of consideration starting with what I see as a state of denial. Denial of any personal responsibility as a societal ethic reached its zenith during the 8 years prior to President Trump's Inauguration January 20, 2017. What was evident is any wrongdoing was because of America's history of racism that heralded a payback. Therefore, the perpetrator was a victim of institutional racism, meaning he was not responsible for his actions.
There was never any legal process to hold the offender accountable for his crimes of passion or mayhem. Instead, the perpetrator was always released to prevent further prosecution, especially if they were illegal aliens. The rule of law was subverted by an Administrative State of unelected bureaucrats who decided whether to obey the law, or not given political considerations of an underclass actively supported by state, federal funding ensuring their stay in America -- no matter their citizenship status.
Added to this was a deliberate movement to take away God's influence, including the Constitution, which posited that personal morality, based on responsibility for one's actions, were based on God's laws.
Thus, the Administrative State punished individuals who protected themselves by using lethal force by questioning geared to jail them for doing more than is necessary to protect themselves. The great equalizer, the firearm, was demonized as if capable of pulling its own trigger! Remember, it was not "politically correct" to question the individual's motivations for pulling the trigger since they are victims of institutional racism. Only that they were victims and the firearm the perpetrator!
The victimizing of 2 Boston men in New Orleans June 24, 2017 https://www.youtube.com/watch?v=sqNULE5jFEc&list=PLQwU3y8c6bw4vCYM9EkdWORxqiNFyq6RS&index=1
Is the best example of how encouraged passivity due to current society's restrictive laws against self-protection plays out. The second man attacked was hospitalized for what appears to be a concussion. While the first victim did nothing when the perpetrators returned to examine their handiwork on the second man.
A more appropriate response is illustrated on my website: https://hdconcealedcarry.com/victim-proof-hd/
Granted, there may be collateral damage in defending yourself, but at least you will not be hospitalized.
Therefore, Americans are now entering an era where they can choose between personal responsibility of self-protection, or not!
Read more of this interview. 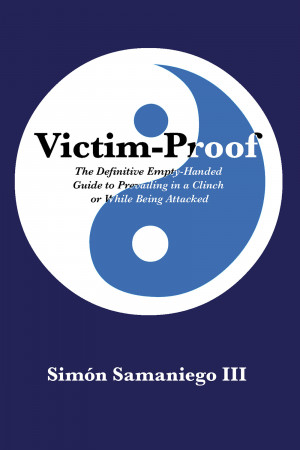 Victim-Proof by Simon Samaniego III
Price: $27.99 USD. Words: 14,290. Language: English. Published: March 4, 2017. Categories: Nonfiction » Self-improvement » Neuro-Linguistic Programming (NLP), Nonfiction » Self-improvement » Self-Hypnosis
This is a direct attempt to teach and train individuals of any fitness level, age, or infirmity level what to do if a perpetrator grabs you. Perhaps the most difficult paradigm is you do not need a whole suite of techniques to do so! It is a matter of how well you execute a few techniques that you can use in any situation you encounter! There are 3 techniques you can always use -- no matter what.

You have subscribed to alerts for Simon Samaniego III.

You have been added to Simon Samaniego III's favorite list.

You can also sign-up to receive email notifications whenever Simon Samaniego III releases a new book.