Sadie Forsythe hails from the Southeastern United States, lives in Northwestern England, and is a fan of all things Japanese. She holds degrees in Anthropology/ Comparative Religion, International Criminology and Social Change. She loves local coffee shops, geek culture, everything bookish, and tea (steaming with milk and sweet iced). She is married with two daughters and an imaginary dog. 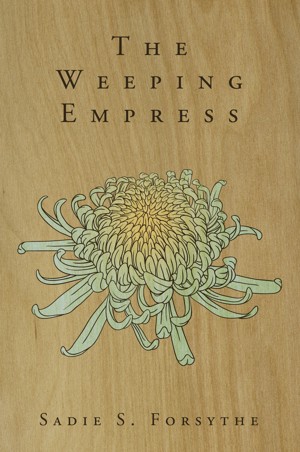 Chiyo Alglaeca was happy in her life, until it was all taken away. Forced into notoriety, stalked by a mysterious cult, hunted by the emperor, and facing betrayal at every turn she clings to the only safety she can find: two enigmatic men and the sharp bringer of death, Salvation. The Weeping Empress explores the devastating effects of loss, the hunt for redemption, and the price of destiny.

You have subscribed to Smashwords Alerts new release notifications for Sadie S. Forsythe.

You have been added to Sadie S. Forsythe's favorite list.

You can also sign-up to receive email notifications whenever Sadie S. Forsythe releases a new book.