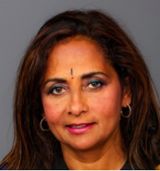 Samara is a freelance writer and Illustrator who was born in Sri Lanka. She is a member of the Sudbury Writers Guild in Ontario,

The Elephant Orphanage in Pinnawala Sri Lanka influenced her very first title Oafie the Orphan Elephant. The success of her blue elephant character, and her original stories built up the OAFIE BOOKSHELF COLLECTION. Samara writings bring a taste of her previous island nation Sri Lankan to her homeland Canada, and to the world. Her first novel JEEVA-HATTE -THE YAKKA LEGACY will be launched in February. A colourful condensed eBook version titled The INDIGO FEATHER is presently available at your favourite retailer. The book and ebook holds a glimpse of the life and times of the legendary King Vijaya, where an aboriginal boy, a Sri Lankan girl meets up with a Canadian boy in real time.

The author studied at Good Shepherd Convent Colombo. Encouraged by the British nuns and teachers who taught her lessons in school and lessons in life she won awards for English, Drama, the Sciences, netball and athletics. Samara believes in a blend of the Arts and Sciences and has BSc (Hons)Degree in Liberal Sciences from Laurentian University.

Her passion is to make the world a better place and a happier one for all. This is expressed in the fun characters and hilarious scrapes they get into (http://www.sundaytimes.lk/010304/plus) and every story has a moral to it. In keeping with her Personal Manifesto of Environmental Citizenship she inspires sustainability in a simple way to children and their families.

Samara has two children and a daugher in law. Although a resident of Sudbury, Ontario she drives her own rig into the US and Canada. She enjoys kayaking, motorcycle riding, walking and running trails, debating scientific stuff, cooking and taking the bus across town or Europe. 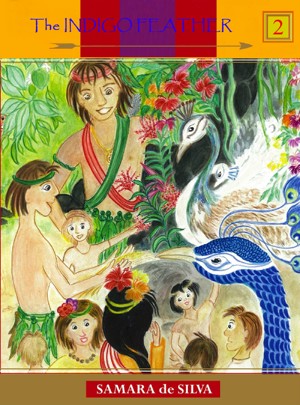 The Indigo Feather by Samara Cyndie De Silva
Price: $3.99 USD. Words: 6,550. Language: English. Published: January 26, 2014. Categories: Fiction » Children’s books » Historical / Other, Fiction » Young adult or teen » Adventure
The Indigo Feather is an adventure book inspired by the shipwrecked, Prince Vijaya of Sinhapura's arrival in Sri Lanka. In this fictional story, Matthew a Canadian boy, discovers his ancestral roots in a rather unusual manner, when he gets transported in time. In his feat to return home, Matt meets Disala, Jeeva-Hatte and his tribe and encounters friendship and a connection to his ancestors. 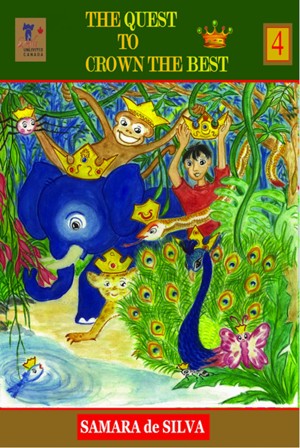 The Quest to Crown the Best by Samara Cyndie De Silva
Price: $3.99 USD. Words: 4,040. Language: English. Published: January 23, 2014. Categories: Fiction » Children’s books » Nature & the Natural World / Environment, Fiction » Children’s books » Animals
In this original story written & illustrated by Sri Lankan born Canadian Author Samara De Silva, a young boy named Jonathan sets out on a quest. He learns an important message about how people affect habitats. Jonathan meets up with a monkey, peacock, snake, butterfly, a cheetah and an elephant. Each creature has a suggestion on who is the best. You will be surprised by Jonathan's choice.

You have subscribed to alerts for Samara Cyndie De Silva.

Would you like to favorite Samara Cyndie De Silva?

You have been added to Samara Cyndie De Silva's favorite list.