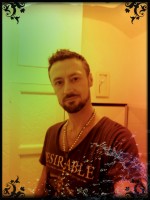 Stephen McGinity is an award winning British author, born and raised in the North West of England. His first travel / humor book entitled; Excuse me, are you British?, follows his travels across the United States of America from coast to coast, while including his own hilarious and personal travel diary. The book went on to become one of the best selling books of 2012 and won him the National Writers Association Award during the same year.

Since then, Stephen has released a semi-fictional book of hard hitting short stories in the style of Poe, Kubrick and King, with plenty of twists and turns and written in a modern day style. Entitled; The Naked Bohemians, the book has been highly revered by The New York Times, Radio One (UK), KCSM Jazz 91.1 and The Boston Globe.

Continuing along the lines of his first book... Excuse me, are you European? was released in August 2014. It is considered to be a highly anticipated follow up to his first non-fictional travel / humor book. Although instead of focusing on America, it instead consists of seven fascinating and beautiful European cities. As well as once again including his own unique travel journal and even more humorous experiences.

Stephen's latest release, Sketches of Morocco, takes him to the stunning realms of Northern Africa. Where tales of surviving the maze-like souks, nights spent in the Sahara Desert, adventures through the Atlas Mountains, and much more... all make for yet another witty, informative, and completely honest view regarding the weird and wonderful aspects of life. As seen through the eyes of one of the most free-thinking, straight-talking writers of the modern era.

Where to find Stephen McGinity online 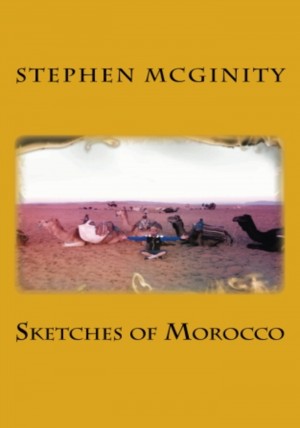 Sketches of Morocco by Stephen McGinity
Price: $3.99 USD. Words: 28,750. Language: English. Published: March 18, 2016. Categories: Nonfiction » Travel » Trip Journals, Nonfiction » Entertainment » Outdoor activities
I heartily welcome one and all to come join me, as we enter the weird and wonderful realms of Northern Africa. Where tales of surviving the maze-like souks, nights spent camping beneath the stars in the Sahara Desert, adventures through the Atlas Mountains, and much more... all make for a hilarious, informative, and completely honest adventure of a lifetime.

You have subscribed to alerts for Stephen McGinity.

You have been added to Stephen McGinity's favorite list.

You can also sign-up to receive email notifications whenever Stephen McGinity releases a new book.