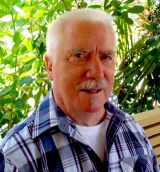 Charles LeBuff launched his writing career in 1951 with the publication of a note in a herpetological journal. Later in the 50s he published papers on Florida snakes and crocodilians. He started a federal career with the U.S. Fish and Wildlife Service at its Red Tide Field Investigation Laboratory in Naples, Florida, in 1956. In 1958 Charles transferred to Sanibel Island after accepting the number two position on what then was known as the Sanibel National Wildlife Refuge. He and his family would remain on Sanibel Island for 47 years. During his time on that barrier island he completed a 32-year career as a wildlife technician with the U.S. Fish and Wildlife Service, retiring in 1990. During Charles’ federal tenure he and his wife and two children lived at the Sanibel Lighthouse for nearly 22 years During that time it was headquarters for the refuge (renamed J. N. “Ding” Darling National Wildlife Refuge in 1967).
In 1961, Charles was elected president of the Sanibel-Captiva Audubon Society and in 1967 he was a founding board member of the Sanibel-Captiva Conservation Foundation. He is the last surviving member of that founder group. In 1968, as an avocation, he formed a loggerhead sea turtle conservation organization known as Caretta Research, Inc., and headed that group until 1991. Charles received the first sea turtle permit issued by the State of Florida in 1972, STP-001, and he held it for 40 years. In the decades of the 70s and 80s he published many works on the biology and conservation of sea turtles. By the mid-70s the Sanibel-based organization included most all of the sea turtle nesting beaches along the Florida gulf coast. Today’s successful sea turtle conservation efforts on the beaches of Southwest Florida evolved from Charles LeBuff’s pioneering work.
He was elected as a charter member of the first Sanibel City Council and served as a councilman from 1974 to 1980. Charles began writing seriously after his 1990 retirement from the U.S. Fish and Wildlife Service and that year his book The Loggerhead Turtle in the Eastern Gulf of Mexico was published. This is now out-of-print, but has been replaced by an updated eBook, The Sea Turtles of Southwest Florida. The most successful of his early commercial books is his historical autobiography, Sanybel Light (a revised edition is available as an eBook). His most recent published work in paper is Amphibians and Reptiles of Sanibel and Captiva Islands, Florida, a book coauthored with Chris Lechowicz (2014). In 2013 he and Sanibellian Deb Gleason coauthored Sanibel and Captiva Islands, which was published by Arcadia Publishing, in March, 2013. This pictorial book is part of their Postcard History Series. His earlier Arcadia book, J. N. “Ding” Darling National Wildlife Refuge, details the history of this popular wildlife refuge, and was published in 2011. In 2004 he published The Calusan, a historical novel with Southwest Florida as its theme. The Calusan is out of print, but is available as an eBook. His Everglades Wildlife Barons is a biography about the legendary brothers, Bill and Lester Piper of Bonita Springs. This is a popular paper book (also in eBook format) about the Pipers and their Everglades Wonder Gardens that closed after nearly 77 years of operation in Bonita Springs, Florida, in early 2013. It was recently sold by the extended Piper family and has recently reopened in a different mode. In 2015 he released the first in an eBook trilogy, Fearsome is the Fakahatchee. This is a modern crime novel that is a spin-off from The Calusan. Fearsome is the Fakahatchee unfolds in and around Naples, Florida. The second eBook in this trilogy, Lake Trafford Sniper, has recently been released. The third, and final book in the series, is expected in mid-2016.
In his retirement Charles continues a busy lecture schedule and writes. Currently he is also working on a book dealing with the American crocodile in Florida; carefully balancing his time between the two active writing projects he has underway. His hobbies include wildlife photography, replication of Calusa Indian artifacts, and wildlife-oriented wood carving. Charles also manages to get out in the field to engage in python-hunting from time to time.

Where to find Charles LeBuff online 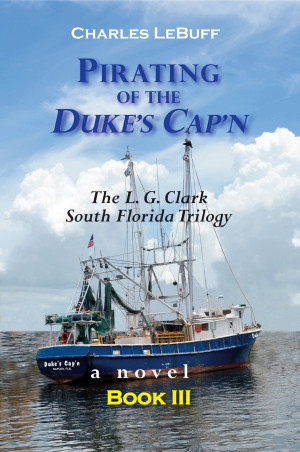 Pirating of the Duke's Cap'n by Charles LeBuff
Price: $3.99 USD. Words: 79,490. Language: English. Published: December 14, 2019. Categories: Fiction » Mystery & detective » General
This book begins when biologists share an unusual experience while they are engaged in sea turtle conservation work on the Gulf-front beach on Keewaydin Island a barrier island located between Naples and Marco Island in Southwest Florida. Another element introduces the reader to the infamous Edgar J. Watson. 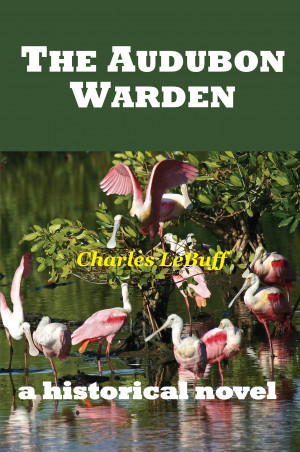 The Audubon Warden by Charles LeBuff
Price: $4.99 USD. Words: 74,660. Language: English. Published: December 14, 2019. Categories: Fiction » Historical » USA
Although fiction, The Audubon Warden adheres to a factual story line as it presents the difficult and deadly work which these early wildlife officers faced on a daily basis. These wardens saved the plume birds from imminent extinction and some died doing it. Audubon Warden Columbus McLeod was murdered locally in 1908. 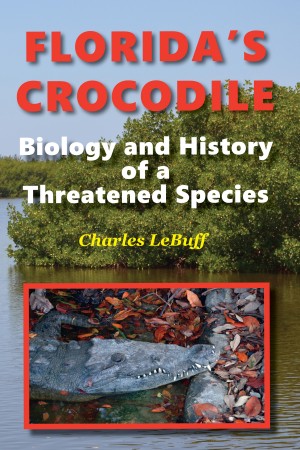 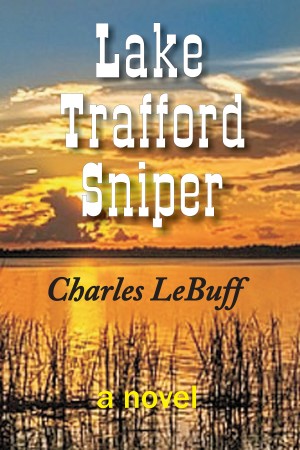 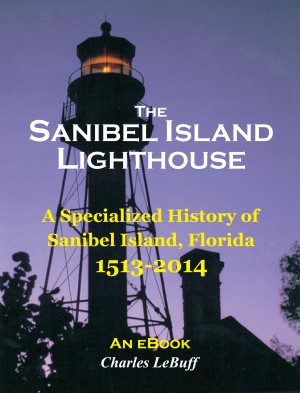 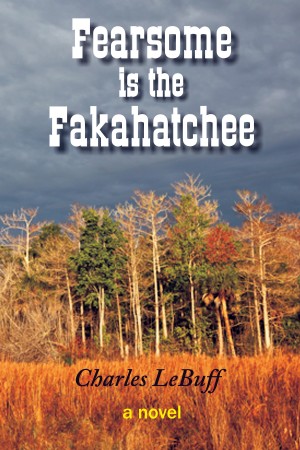 Fearsome is the Fakahatchee by Charles LeBuff
Price: $3.99 USD. Words: 68,980. Language: English. Published: January 7, 2015. Categories: Fiction » Mystery & detective » General
The discovery of a crime scene deep in the remote and wild Fakahatchee Strand of Collier County, in Southwest Florida begins this fictional novel. The head of the county’s Major Crimes Unit, womanizer and country music fan, Captain L. G. Clark takes the lead in the complicated investigation. Through a complex series of methods and interactions he is soon on the trail of the killers. 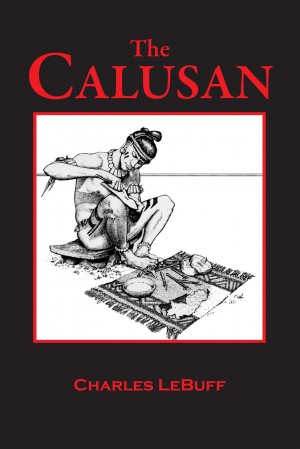 You have subscribed to alerts for Charles LeBuff.

You have been added to Charles LeBuff's favorite list.

You can also sign-up to receive email notifications whenever Charles LeBuff releases a new book.