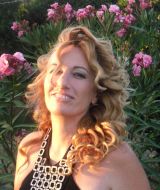 Sara Alexi is fromn Oxford in England but now divides her time between there and a tiny rural village in the Peloponnese, in Greece, where she is (very slowly!) renovating a ruined stone farmhouse, whilst observing the Greek way of life and absorbing the culture, to enrich her vision for both writing and painting.

She wrote her first novel THE ILLEGAL GARDENER in 2012 with massive success and The Greek Village series was born which allowed her to became a full time writer over night.

She welcomes you to join her on https://www.facebook.com/authorsaraalexi
or https://saraalexi.com/

Sara began writing later in life. In school English lessons were a time of confusion, books indecipherable hieroglyphics. Dyslexia was not well understood then and no support was available. The joy of reading and writing were cancelled by the teacher's red pen ...

Despite her dyslexia Sara qualified as a psychotherapist and ran her own practice for years. Her artistic nature was, at that time, confined to painting and she exhibited widely.

In a casual conversation with a client she discovered that Agatha Christie, Jules Verne and Hans Christian Andersen were all dyslexic, and Sara's perspective changed. The world of fiction opened to her with this shift in perception and she has been a prolific writer ever since.

Her 'Greek Village Series' has been very well received and provides a keenly observed, compassionate insight into the Greek people and culture, and the human condition in general. Watch this space for the next in the series, coming soon!

* The Illegal Gardener - Book One of the Greek Village Series

Book one of the Greek village series tells the story of one summer in the village from the perspectives of two outsiders, both recently arrived in Greece, but each from a very different back ground. Juliet is an English ex-pat who has bought a house in the village. Aaman is an Pakistani illegal immigrant looking for work. Juliet employs Aaman to help clear her garden, and the relationship that develops touches them both deeply and changes them both forever.

The second book in the series follows Marina, the village shopkeeper, as she embarks on a courageous mission to stop her daughter Eleni from making an unsuitable match. Eleni is enraged by her mother's meddling, but as the story unfolds we discover that both mother and daughter have guilty secrets that each dreads the other discovering. This is a moving, compassionate tale of love, heartache and forgiveness, that will make you laugh and cry.

Mitsos has spent the last twenty years trying to comes to terms with the events of a single day and all that led up to it. In his twilight years a suprising turn of events gives him a chance to rectify his biggest wrong and give himself the peace he is seeking. But is what he has wanted for the last twenty years what he still wants now and is he the man he thought he was? Set against a backdrop of a small Greek farming village, comedy and tragedy are present in equal measures. Sara transports you to a land of sea and sun as she explores what it means to be human, and fallible. The book examines the nature of friendship, and how our choices and our perceptions of our place in society can define us.

Where to find Sara Alexi online 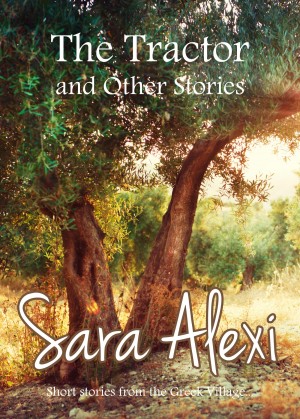 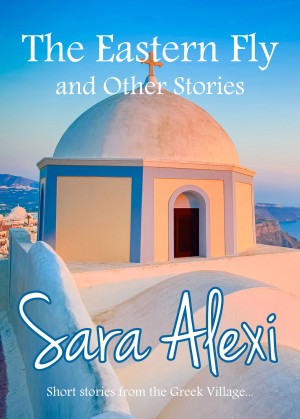 You have subscribed to alerts for Sara Alexi.

You have been added to Sara Alexi's favorite list.

You can also sign-up to receive email notifications whenever Sara Alexi releases a new book.