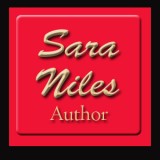 I was raised by eighty year-old relatives, my great-great uncle and several great aunts, all full of life's wisdom gained from years of living challenging lives. I learned storytelling from the best: my Uncle Robert told stories every night while sitting on the porch swing during breezy summer nights, as my Aunt Mollie, Aunt Bessie and Aunt Fannie chimed in. The days were full of hard work keeping up the farm, and the nights were like magic, as the lone call of the Whippoorwill provided staccato breaks during the brief silences.

Even when I was a small child no more than five or six, I loved those story nights, full of life lessons and the combined history of our family. I loved to listen, and to learn, and had ambitions to become many things in life, eager to claim my own future. My unconventional life lacked the stability that I needed to reach my goals at that time. My elders had limited life left in them, as age took them all away, one by one. Like a drowning person, I desperately grabbed onto the nearest branch of salvation offered to me, and married a Vietnam Veteran seven years my senior, when I was only sixteen years old. At first glance, I thought I had found a prince charming, but as the years passed rapidly by, I discovered the true nature of the violent man I had married.

“In the process of my evolution, I became a victim of domestic war, an emotional casualty for a major portion of my life, entwined, entrapped and emotionally involved, until I learned how to become free. Freedom has never been easily gained and has often come at high cost throughout history, but one thing I will always know is freedom is worth every fight, and all pain.”

Sara Niles
Torn From the Inside Out

A good memoir will take the reader on an insightful journey that informs, raises awareness, and heightens social consciousness.

Sara Niles primarily writes nonfiction memoirs-Why is that?
I am on a mission to make a difference through The Torn Trilogy memoirs, which addresses family dysfunction, domestic violence, child abuse, mental illness and drug addiction issues, and the destructive effect it has upon human lives.

Most people read books for two reasons: to be entertained and to be informed.

Many readers have been conditioned to view nonfiction writing as a medium that is purely informational and fiction writing as purely entertaining. The fact is, nonfiction can be both entertaining and it can pack a powerful informational message as well; as an example, the movie Titanic was filled with information about a historical event, but it was also highly entertaining; a fact that also holds true to literature, In Cold Blood by Truman Capote was hailed as a masterpiece in nonfiction literature simply because Capote wrote a true story as though it was fiction.

I have lived an extraordinary life in which the odds were heavily stacked against both me and my children, placing our mere survival at risk countless times. The element of rising suspense that captivates audiences was an actual part of our lives, and the unusual twists and turns that keep you on the edge of your seat, was a normal part of our survival. When the saying ‘truth is stranger than fiction’ was coined, it aptly applied to our lives and the multitudes of people who have lived similar lives.

Torn From the Inside Out, The Journey and Out of the Maelstrom, each tells a story that is filled with both entertainment value and informational content. Each of the memoirs can provide whatever a reader is seeking: a good read, insight and information, and entertainment. Regardless of the reason for reading The Torn Trilogy, the reader will come away entertained and enlightened and in the process, the dark veil of family dysfunction will have been lifted a little higher with each reading.
How has Smashwords contributed to your success?
The traditional publishing route that at one time was accessible to many writers is practically closed to new talent as the market is now glutted with hundreds of thousands of new writers each year. The open door of Smashwords simplifies things by providing an avenue for new authors to get into multiple markets quickly.
Read more of this interview.

Where to find Sara Niles online

The Torn Trilogy by Sara Niles 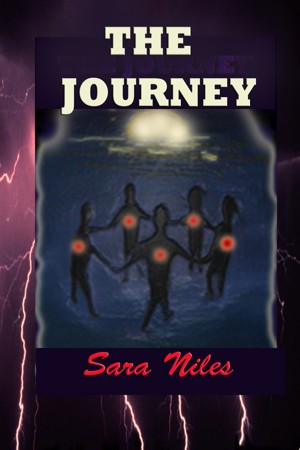 The Journey by Sara Niles
Series: The Torn Trilogy, II. Price: $4.99 USD. Words: 152,970. Language: English. Published: December 22, 2011. Categories: Nonfiction » Biography » Literary biography, Nonfiction » Biography » Autobiographies & Memoirs
"She made thirty suicide attempts before the age of thirty. Some unseen and unknown inner turmoil, created a war within her: a chaotic war that she felt she could not win, but was not sure she wanted to lose" Sara Niles fled for her life in 1987 with five small children in tow: This is the story of their journey 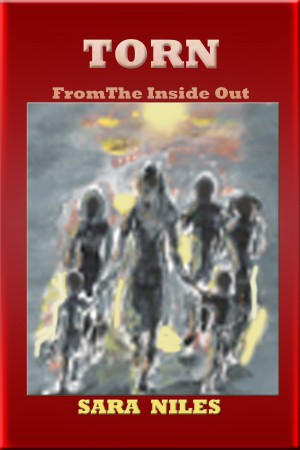 Torn From the Inside Out by Sara Niles
Series: The Torn Trilogy, I. Price: $4.99 USD. Words: 139,500. Language: English. Published: December 21, 2011. Categories: Nonfiction » Biography » Autobiographies & Memoirs, Nonfiction » Biography » Personal memoir
Sara was raised by an uncle and several aunts who were all in their eighties, when she was but a small child; leading to an early marriage to an abusive man when Sara was only sixteen years old. Sara endured abuse for over a decade, and was forced to flee for her life during a cold, February thunderstorm.

You have subscribed to alerts for Sara Niles.

You have been added to Sara Niles's favorite list.

You can also sign-up to receive email notifications whenever Sara Niles releases a new book.