Lonely Armadillo (a.k.a. Vanessa MintVanDi) is an English writer of slow-built slice of life and psychological drama. A child of jewellery merchants, she was born in Athens, where she later on studied English Literature and found rock n' roll. She has engaged in choir singing, project photoshooting and stage performing. When she doesn't write her books or travel to the UK in search of rock n' roll, she lives with her cat, Ciel, and works as an English and Literature teacher.
Books from this author:
Memorabilia
The Secret Life of Kenneth Adams
A Friend to Bleed: A Collection of Short Stories
There Are Many Ways to Love

Where did you grow up, and how did this influence your writing?
I grew up in Athens, and I have never been particularly thrilled about it. It was in the university when my musician friends introduced me to a darker, more absorbing part of that city I thought I knew so well; the nightlife. I became fascinated with the underground bars in the heart of the capital, playing metal and attracting people from all walks of life. A certain sense of familiarity hovered in the air, created by nothing more than our youth and taste in music. This fascination with the nightlife, the way it manipulates people into nearly everything and how people familiarise themselves with it and the darker parts of the city is the feeling I have tried to instill in my writing.
Who are your favorite authors?
I like writers who can create characters with a certain depth and ambiguity. I am particularly fond of antiheroes. I became thrilled with Christopher Marlowe, because unlike writers of his era, he has created characters who are neither uniquely good or bad. Edward II would be a striking example of this. Everything in this play and everything in Marlowe's writing is ambiguous and he is uniquely talented in creating sympathy for his antiheroes.This is also what I thought of Lord Byron when I read Cain, which is one of my favourite plays. I love Marquis de Sade because his writing is so ambiguously careening between good and evil, you can never be certain where he stands. He had his own view on ethics, which I particularly admire, even though I could never agree with. I admire his unique ability to bring forward the most debased and foul arguments with such reason and logic, he may actually convince you he is right. Last but by no means least, I adored Oscar Wilde when I read De Profundis and Salome. Apart from wit, which seems to be brimming out of his books, I like the way he handles beauty and the impact it has on a person.
Read more of this interview.

Where to find Vanessa MintVanDi online 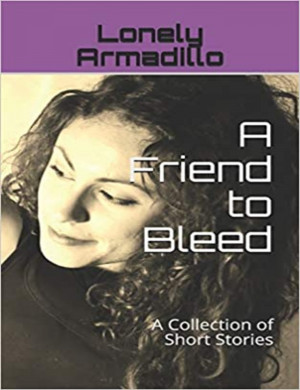 A Friend to Bleed: A Collection of Short Stories by Vanessa MintVanDi
Price: $2.99 USD. Words: 44,980. Language: British English. Published: March 21, 2020. Categories: Fiction » Coming of age, Fiction » Romance » Short stories
Max and Rin, members of No More Lies, have anything a teenager could want. Nothing has put their friendship to the test. What happens when they both fall for the same woman? Sometimes, dreams come true; even if you are a teenager with a huge head. When Cursed gets a ticket for a No More Lies concert, his life changes. Will he get wicked Cat Domino? Youth is not a wild, party, but the morning after 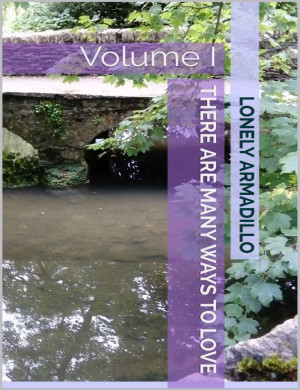 There Are Many Ways to Love by Vanessa MintVanDi
Price: $5.99 USD. Words: 131,010. Language: British English. Published: March 21, 2020. Categories: Fiction » Coming of age, Fiction » Gay & lesbian fiction » Gay
Trapped in their loveless marriages, Matt and Stefan reunite in their native village for Stefan’s birthday and his wife, Chère, rekindles her High School romance with Matt. Things get complicated when Matt realises that Stefan has been in love with him all along. Matt needs to decide; is he really in love with Stefan? One thing's for sure; Stefan's next birthday will find them completely different 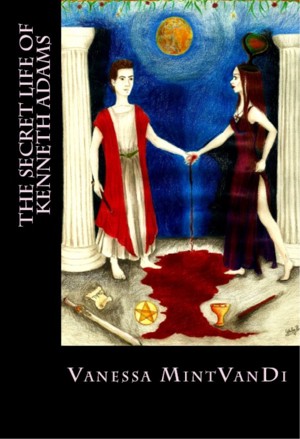 The Secret Life of Kenneth Adams by Vanessa MintVanDi
Price: $3.79 USD. Words: 30,710. Language: English. Published: April 27, 2013. Categories: Fiction » Romance » Contemporary, Fiction » Biographical
By the 1960s, Kenneth Adams has made a name for himself not only as the most famous actor of the silver screen, but as a man of passions, creeping about the darkest streets of London in search of whatever he must not have... And, of course, he has taken equally beautiful, talented and charming Alexis Cleveland to be his lawfully wedded wife to torture and love till death does them apart... 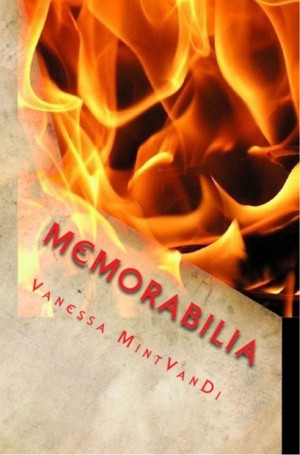 Memorabilia by Vanessa MintVanDi
Price: $4.27 USD. Words: 112,210. Language: English. Published: April 20, 2013. Categories: Fiction » Biographical, Fiction » Romance » Contemporary
Blaze, the frontman of one of the most famous bands of the 1980s, mysteriously dies. Twenty years later a stranger shows up, knocking on the doors of everyone the singer ever knew, possessing something no one had even been aware of; Blaze's diary. Is it authentic? If so, does it provide an explanation to the events leading to his death? How did this diary come to this stranger's possession anyway?

You have subscribed to alerts for Vanessa MintVanDi.

You have been added to Vanessa MintVanDi's favorite list.

You can also sign-up to receive email notifications whenever Vanessa MintVanDi releases a new book.