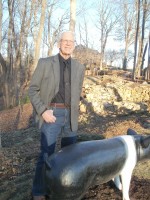 Robert Schobernd has published nine novels and two short stories. His favorite genres are hard core crime, but he ventured to the horror genre with a short story and a zombie apocalypse tale. Robert and his wife live NE of St. Louis, Missouri, where he pursues his passion for writing.

What is the subject of your first book? Is it a stand-alone novel or part of a series?
"Reverse Metamorphosis" is the first book of a trilogy. The story is of a young man who lets circumstances guide him toward becoming a hired killer. His chosen profession is interwoven with his relationships with friends, family and criminal associates. Several people have told me they found themselves liking the lead character even though they knew they shouldn't. But as the story progressed and he completed his "reverse metamorphosis" they assigned him the lack of respect he deserved.
Since your book is part of a series is it possible to read the subsequent books before reading the initial story?
I strongly advise against reading them out of sequence. The story isn't just about sequential events; the main emphasis is the emotional changes the characters go through. I feel strongly that the reader needs to experience those changes with the characters in the order they are presented. As a side note; the outline was originally written as one story, but of course it was too long. The three individual books were created at the points where "natural breaks" occurred. Each book then ended on a strong closing with the promise of a good carryover to the subsequent book.
Read more of this interview.

The Carter A. Johnson Novels by Robert Schobernd

The Blonde Heiress, a Carter A. Johnson Thriller
Price: $3.99 USD. 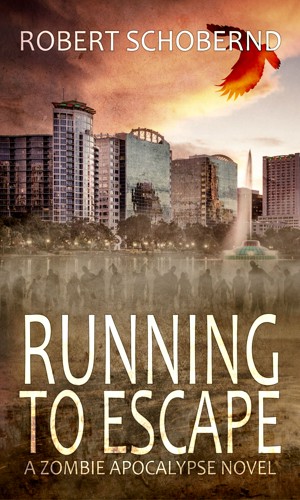 Running to Escape by Robert Schobernd
Price: $5.99 USD. Words: 67,290. Language: American English. Published: October 17, 2020. Categories: Fiction » Thriller & suspense » Action & suspense, Fiction » Romance » Adult
Sam Boyle had procrastinated far too long before leaving Oklahoma ahead of the zombie invasion. The night he escaped he came upon a wrecked car and gave JR Johns a ride. Thus, began an exciting, action-packed tale of survival against an unstoppable zombie horde second only to evil rogue humans. Sam and JR quickly learned the danger from evil humans surpassed that of the undead monsters. 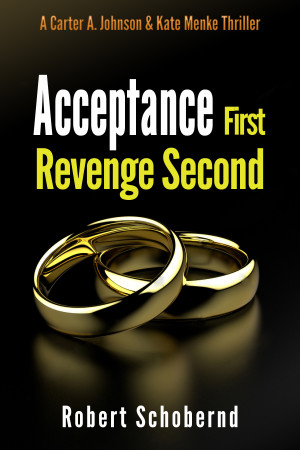 Irene Compton awoke one morning with no husband, no home, and few possessions. What she had left was a group of people who had signed her and her husband's death warrants. Those facts had to be accepted. Letting them get away with it was something she could not, would not accept. Her mood then shifted to revenge. A thrilling novel awash in betrayal, conflict, revenge, and vigilante justice. 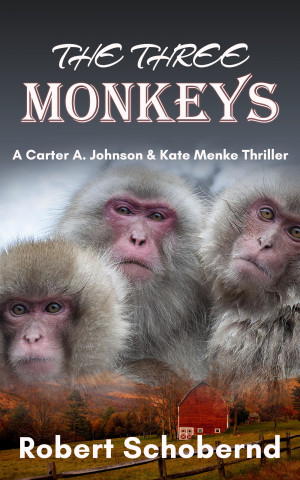 Ex-vigilantes Carter A. Johnson and Kate Menke have opened J&M Investigations in St. Louis, Missouri. Their first major case is solving the horrific murders of three victims dubbed The Three Monkeys by the news media: Hear No Evil, See No Evil & Speak No Evil. While they search for clues, the despotic killer has selected his next victims. Then he turns his attention to dealing with his new nemeses 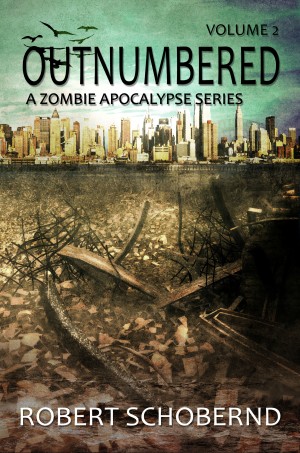 Outnumbered Volume 2, The Zombie Apocalypse Series by Robert Schobernd
Price: $0.99 USD. Words: 18,710. Language: American English. Published: May 16, 2016. Categories: Fiction » Horror » Undead
Few could truly grasp the enormity of what the zombies had wrought overseas in Europe and Asia. The aberration manifested itself on our East and West Coasts and the Gulf States first before working its way to the Midwest. People in the major cities were dying and turning into monsters by the millions. Now we're used to the hourly danger and simply live with it. There is no other choice. 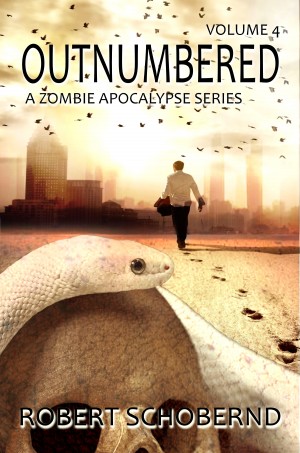 Outnumbered Volume 4, The Zombie Apocalypse Series by Robert Schobernd
Price: $0.99 USD. Words: 21,970. Language: American English. Published: May 16, 2016. Categories: Fiction » Horror » Undead
At the beginning of the Zombie Apocalypse, there were approximately 335,000,000 people in the USA. My gut feeling is far less than 50,000 humans have survived, maybe half that. Mankind will revert to conditions of the fifteenth century; we are not emotionally or materially prepared for that upheaval. We prepare for the new old world because we are on an unstoppable downhill run to the past. 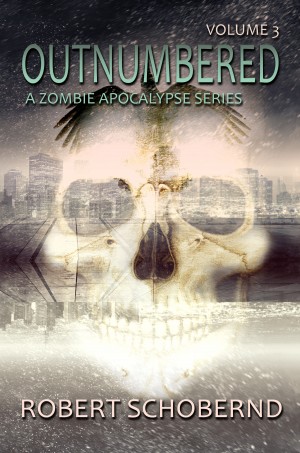 Outnumbered Volume 3, The Zombie Apocalypse Series by Robert Schobernd
Price: $0.99 USD. Words: 19,310. Language: American English. Published: May 16, 2016. Categories: Fiction » Horror » Undead
The eminent decline of mankind has become apparent to all of the survivors. Most resisted acceptance of the eventual cataclysmic fall to the lifestyles and hardships of the fifteenth century. Someday, if we survive the zombie onslaught and the atrocities of other humans, our heirs will be privy to a spectacular regeneration as the earth cleanses itself of man's past wasteful and destructive ways. 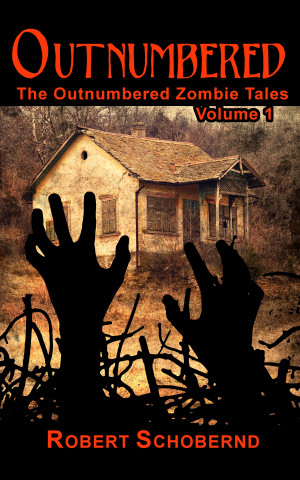 Outnumbered Volume 1, The Zombie Apocalypse Series by Robert Schobernd
Price: $0.99 USD. Words: 18,130. Language: American English. Published: May 16, 2016. Categories: Fiction » Horror » Undead
I don't know where to begin because I don't know for sure where they began. Some say it started with the black magic of witch doctors in Africa, others insist it was Haitian Bokor sorcerers and their curses. Then there were religious zealots who professed the very God they worshiped unleashed the Zombie on all of us. But after what I've seen and been through, what do I know? Tom Jacobs 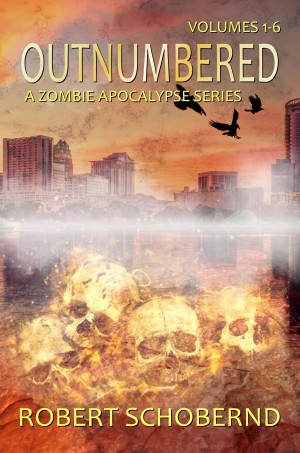 Some say zombies started with the black magic of witch doctors in Africa or the Haitian bokor sorcerers and their curses. Still others claim a virus caused them. We watched TV and the internet in horror as the undead swept across Europe. Then the aberration manifested itself on the coastal cities of the US. By then the authorities couldn't hide the enormity of the disaster; it was colossal 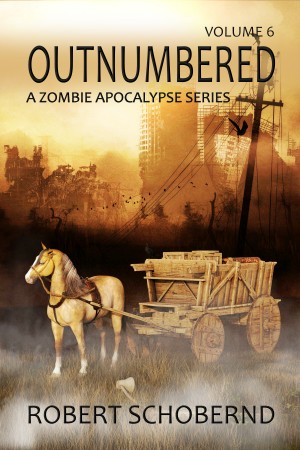 Outnumbered Volume 6, The Zombie Apocalypse Series by Robert Schobernd
Price: $0.99 USD. Words: 25,330. Language: American English. Published: March 5, 2016. Categories: Fiction » Horror » Undead, Fiction » Adventure » Action
A storm is brewing. Whispers of it waft around me as low grumblings or snide looks. Kira agreed she'd heard the rumblings of discontent also. We've not encountered a zombie or another human since moving to this remote section of the Missouri Ozarks. Are we the sole remnants of the once thriving races of humanity? That though is enough to humble even the strongest of survivors, me included. 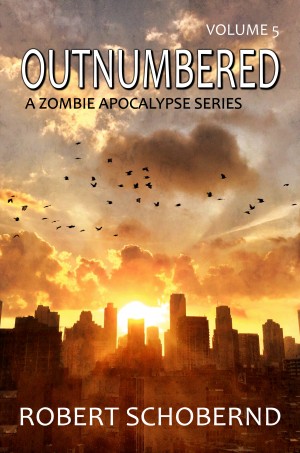 Outnumbered Volume 5, The Zombie Apocalypse Series by Robert Schobernd
Price: $0.99 USD. Words: 23,090. Language: American English. Published: December 13, 2015. Categories: Fiction » Horror » Undead
One beautiful morning two months ago, Elsie Talbot strolled outside our compound and sat on a wood bench facing the rising sun. Without hesitation, she raised a handgun to her chest and pulled the trigger. Elsie was an indirect victim of the Zombie Apocalypse. Ultimately, those of us who remain must continue to struggle for life, no matter the hardships, or humanity will cease to exist. 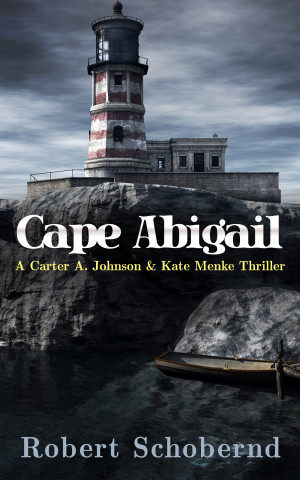 No murders occurred in the quaint coastal town of Cape Abigail in six years. Last January, three people were heinously murdered in one night. The meager evidence pointed to a husband and wife who were deeply involved with the three victims. Carter A. Johnson arrived and soon called on Kate Menke's assistance. When the ruthless killer turned his attention to Carter, both had their hands full 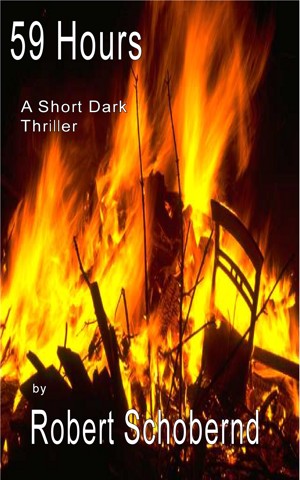 59 Hours, a short (15,000 plus words), dark thriller. Some lives last from less than one hour to over one hundred years. Others bloom, wilt, and die in 59 hours. Settle in and meet Frances and Michael. Both of them have secrets to hide. One has a dark madness and shadows in their past, the other thrives on hellish needs. Which one will triumph over the other? 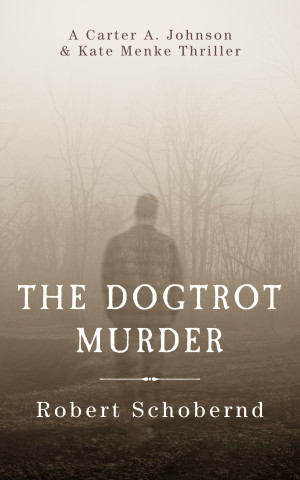 Kate Menke was sentenced to life in prison for murdering her husband. She soon found that even behind the protective walls of prison her life was in danger. Then she learned a tall handsome stranger has reopened the investigation in an effort to prove her innocence. All hell breaks loose as Carter digs through the mountain of lies and deceit that have framed Kate for murder. 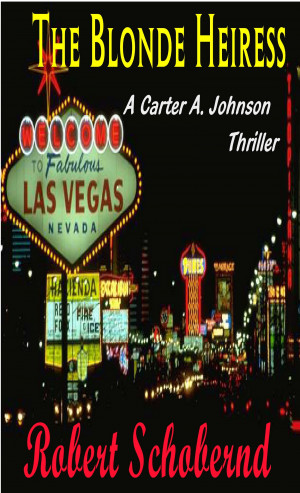 Staging two perfect murders and planning a third horrific crime was child's play for the brilliant defense attorney. Then a relentless stranger began searching for evidence to nail the despotic monster. As the killer cleaned up loose ends the body count increased almost daily. Carter remained one step behind the diabolical killer until he decided to dispense his own brand of justice. 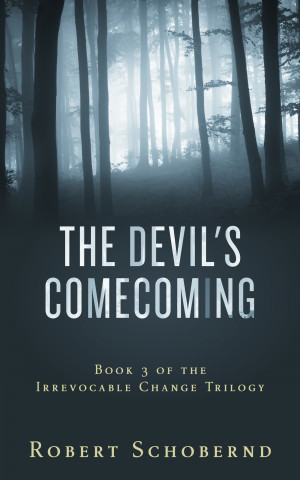 Since my creation I was the hunter, the supreme hunter of men and occasionally of women. A decade of lies and murder extracted a heavy toll from my family, especially Lizzy. I have no friends, most were acquaintances not true friends. In the last few years those were replaced by enemies. Cruel, vicious enemies. Now as I am hunted I feel the fear and emotions my prey experienced. 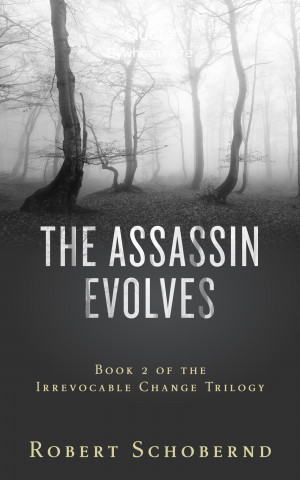 Society has made the word murder seem so ugly. But if pain and death are dispensed to those who truly deserve it, is that not a good thing? I think so. My victims have caused pain and regrets in my life but not the greatest. My family and friends, the people I loved and cared for, are the ones I hurt with the utmost cruelty and disregard, especially Adrianna and Lizzy. I am The Assassin. 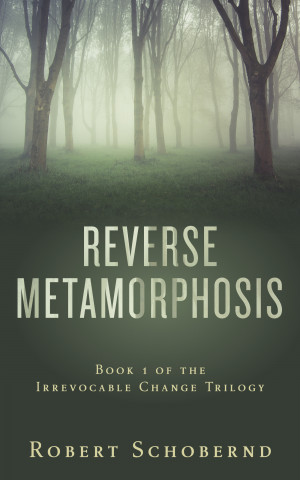 As a construction laborer, Clayton Albrecht, was going nowhere fast. Then he discovered a trade he was better suited to. His natural abilities guided him to the unholy profession of paid assassin. The pay was fantastic and the hunt soon became a need, his emotional drug of choice. But there are heavy personal tolls to be paid when your victims invade your mind every night.

You have subscribed to alerts for Robert Schobernd.

You have been added to Robert Schobernd's favorite list.

You can also sign-up to receive email notifications whenever Robert Schobernd releases a new book.