Alexis Karpouzos is a philosopher and spiritual teacher. He was born in Greece. He has attended philosophy and social sciences lessons at the School of Philosophy and at the Law School of Athens. He participated in self-organized alternative education groups which were experiencing modern pedagogical and didactic theories and methods. He is experienced in the theory and the method of psychoanalysis. His research interests revolve around the Holistic Knowledge – Widsom that combines the knowledge of nature and the knowledge of spirit and creates the experience of the universal consciousness.

He has published eight books in Greek and three in English (‘’The self criticism of science’’, ‘’Cosmology: philosophy and physics’’, ‘’Universal consciousness: The bridges between science and spirituality''). The themes of his books relate to: General Philosophy and Ontology, History of Ideas, Philosophy of Language, Philosophy of Science, Educational Philosophy, Cosmology and Physics and Social Sciences.

In 1998 he founded the “Think Lab” where he teaches philosophy, natural and social sciences. “Think Lab” is an international educational, research and cultural institute that aims to transform the thinking and the evolution of consciousness. Apart from its educational and research aspects, Think.Lab organizes, develops and takes part in a self-organized actions:

He founded and coordinates:

''The Way to the Invisible'': philosophical research community for children and teen.

''The international online program'', ‘’Transformation of thought and the evolution of consciousness''

''The Soul of the Universe - The Universe of the Soul'': interdisciplinary program that is aimed at teachers and psychotherapists.

''The School of Earth and Heaven'': outdoor atmospheres knowledge and wisdom.

Where to find Alexis Karpouzos online

Think Lab
The Think Lab is an international educational, research and cultural community that tries the experience of a different example to Education and Culture. The Think Lab founded by thinker Alexis Karpouzos and operates 20 years and aims to transform the thinking and the evolution of consciousness.

The End Of Certainty by Alexis Karpouzos
Price: Free! Words: 8,930. Language: English. Published: August 7, 2017. Categories: Nonfiction » Philosophy » Essays
''The universe is not a world of separate things and events but is a cosmos that is connected, coherent, and bears a profound resemblance to the visions held in the earliest spiritual traditions in which the physical world and spiritual experience were both aspects of the samereality and man and the universe were one. 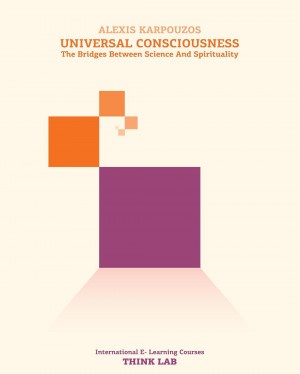 Universal Consciousness by Alexis Karpouzos
Price: Free! Words: 9,960. Language: English. Published: August 5, 2017. Categories: Nonfiction » Science & Nature » Philosophy of Science
The essays in this book are the notes from the e – learning courses which organized by the international educational, research and cultural community Think Lab from 20 March and 20 April 2016 on ‘’Introduction to Philosophy of contemporary cosmology: Transformation of thought and evolution of consciousness’’. 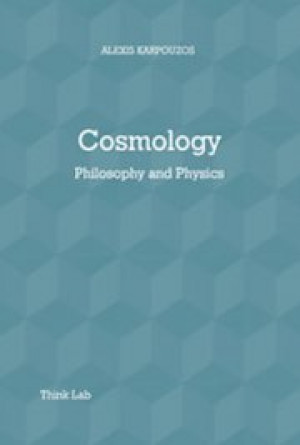 Cosmology by Alexis Karpouzos
Price: Free! Words: 17,380. Language: English. Published: August 5, 2017. Categories: Nonfiction » Science & Nature » Physics / Quantum Theory
The essays on this book are the notes from the e – learning courses that were given by the thinker Alexis Karpouzos during the winter of 2014. Students studying in London, Amsterdam, Berlin and Paris took part in the courses, which were held by the educational and cultural center “Think Lab”, located in Athens.

You have subscribed to alerts for Alexis Karpouzos.

You have been added to Alexis Karpouzos's favorite list.

You can also sign-up to receive email notifications whenever Alexis Karpouzos releases a new book.