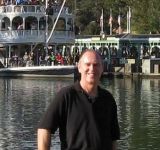 Scott Prussing was born in New Jersey, attended college and graduate school in Connecticut, but was smart enough to move to beautiful San Diego as soon as he received his Master's degree in psychology from Yale University. In addition to writing, Scott enjoys hiking, riding his bicycle at the beach, movies and golf. He is one of the few remaining people in the United States without a cell phone.

What is the greatest joy of writing for you?
Far and away my greatest joy is interacting with my fans, mostly via Facebook. I'm very accessible, and often have long conversations with many of them. I've even "guided" a few of them through the process of creating their first books, which includes Smashwords, of course. My FB author page is simply Scott Prussing Author, so come by and give me a shout...
What was your inspiration for Breathless, the first book in your Blue Fire Saga
I hate to admit to this because it sounds so commercial, but here goes. Twenty years ago, I wrote a mystery/suspense novel called Unturned Stones. It’s still my favorite of all my books. I think it’s totally original, well-written, with lots of clever twists. I managed to acquire a New York agent, but he was unable to get it published.

Flash forward 15 years. A friend of mine’s husband, who is an avid reader, read my book and loved it. He knows how hard it is to get anything published and casually uttered this “throwaway” line: “You should write something with vampires in it. Anything with vampires sells.” I thought: I can do that. So I did.

I wanted Breathless to be a Twilight type story that was really not like Twilight, if that makes any sense. So I started thinking about what I could do differently, but still appeal to that huge audience. I invented volkaanes (vampire hunters) and one-fanged vampires, and gave my heroine some definite strengths and weaknesses. I made my vampires a bit more traditional, with no “sparkling” or total assimilation into human society like attending high school. I used my mystery/suspense background to create a suspenseful story (why did Leesa’s brother suddenly disappear and what happened to him) as a backdrop for the romantic triangle of Leesa, a volkaane and a vampire.
Read more of this interview.

Where to find Scott Prussing online 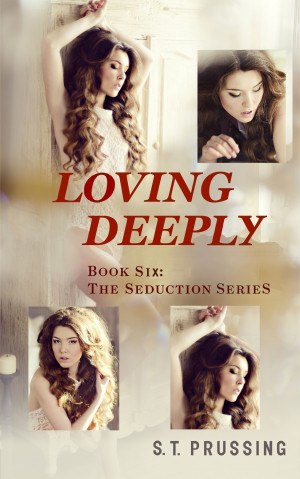 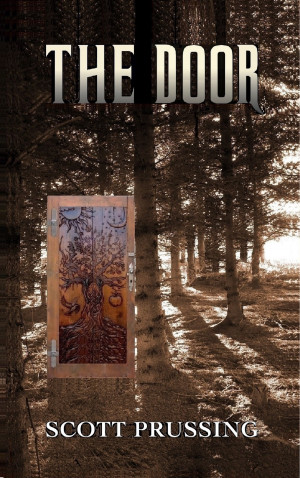 The Door by Scott Prussing
Price: $3.99 USD. Words: 58,320. Language: English. Published: April 5, 2019. Categories: Fiction » Young adult or teen » Fantasy
“Well, there was this really strange door, you see…” That’s how 12 year-old Hayley tries to describe to her mother how her fantastical adventure began. On the other side of the door Hayley discovers a wondrous world filled magical creatures both good and evil. Packed with magic and mayhem, suspense and danger, and humor and charm, The Door is a story you will not soon forget. 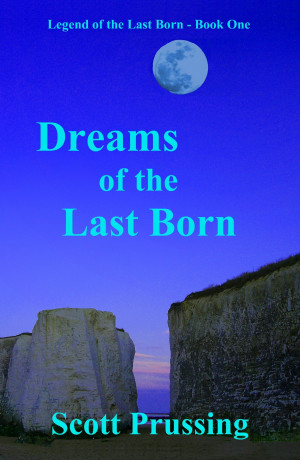 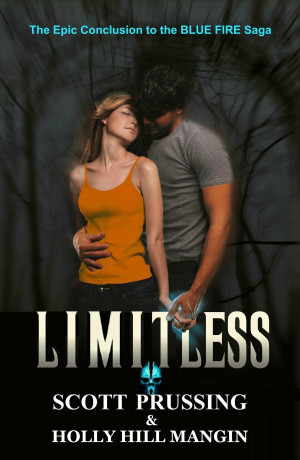 Limitless is the ninth and final book in the Blue Fire Saga. The fell power beneath the mountain has been unleashed, and Leesa, Rave and their companions must somehow stop it before the entire world is plunged into destruction and decay. 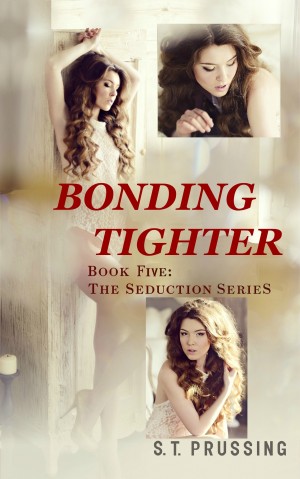 Bonding Tighter is Book 5 in the Seduction Series. It continues Jennifer's journey into discovering the depths of her submissiveness under the guidance of Sir. So far, she has loved pretty much everything he has exposed her to. Now, though, he wants to take her to surprising place, one she is not sure she can go. If she can't she knows she will disappoint him -- which is the last thing she wants t 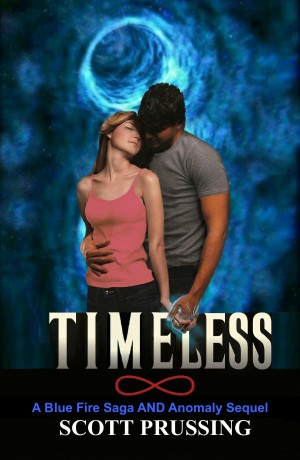 Timeless by Scott Prussing
Series: The Blue Fire Saga, Book 8. Price: $4.99 USD. Words: 69,670. Language: English. Published: May 14, 2015. Categories: Fiction » Fantasy » Paranormal, Fiction » Romance » Paranormal
Timeless is Book Eight in the captivating paranormal romance series The Blue Fire Saga. It is also a sequel to my post-apocalyptic fantasy novel Anomaly. It's filled with magic and romance, supernatural wonders and dangers, familiar characters and new ones... Timeless is a “combination sequel,” meaning it is a sequel to both the Blue Fire Saga books and to Anomaly. 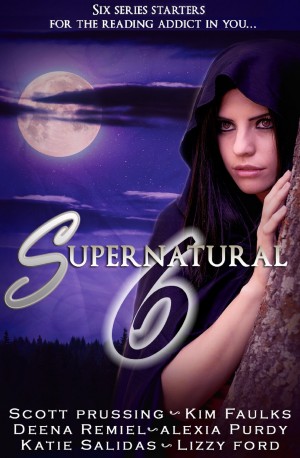 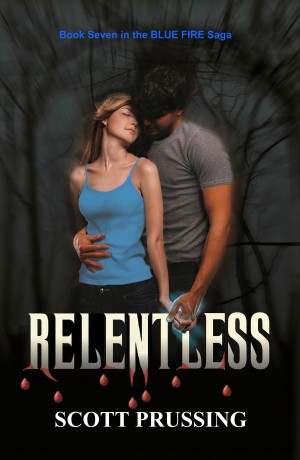 Relentless (Blue Fire Saga #7) by Scott Prussing
Series: The Blue Fire Saga, Book 7. Price: $4.99 USD. Words: 71,770. Language: English. Published: November 14, 2014. Categories: Fiction » Romance » Paranormal, Fiction » Fantasy » Paranormal
Relentless is Book 7 in the paranormal romance Blue Fire Saga. Leesa and Rave's relationship moves on to the next big step, resulting in new magical challenges and a danger that neither one of them could ever have expected. Will the changes bring them closer together or finally drive them apart. Relentless contains the same passion, charm, romance and supernatural danger as the first six books. 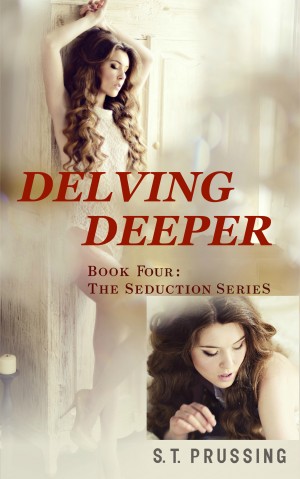 Delving Deeper is the 4th book in the Letting Go Series. Jennifer continues exploring her sexual submissiveness under the guidance of the Sir. So far, their relationship has been based almost entirely on sex and obedience, but that all changes when Sir finally reveals details of his personal life and tasks Jennifer with helping him close an important business deal. Will she be up to the challenge? 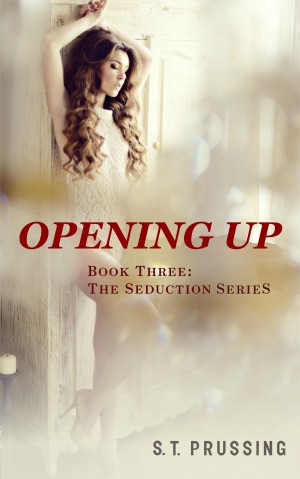 Opening Up is Book 3 in the XXX-rated Letting Go series. Jennifer continues her exploration of her submissiveness under the guidance of the seductive Sir. She’s already done things with him she’d never dreamed of doing and experienced feelings she had never imagined possible. Now Sir wants something extra special from her. There’s just one problem—Jennifer is not sure that she can give it to him. 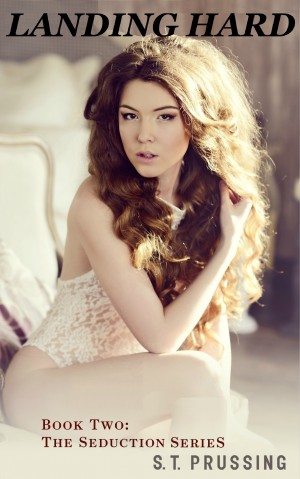 Landing Hard is the sequel to the XXX-rated Letting Go. It continues the Dom/sub relationship between Jennifer and Sir. Everything is going great between them until Jennifer makes her first BIG mistake, breaking Sir's most important rule. She pays a huge price for her mistake. Now she has to wonder if her transgression will cost her the only man who has ever been able to truly fulfill her needs. 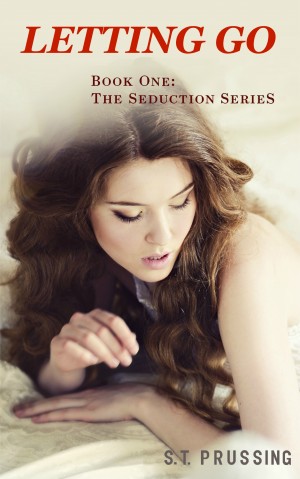 Feeling bored and unfulfilled, Jennifer seeks excitement exploring the online personals. Driven by a need she does not understand, she responds to an ad, never dreaming she'll actually meet the man who placed it. But the man behind the ad seems able to peer inside her head and heart at will. When Jennifer knocks on his door, she is drawn into a sensual and sexual world she never dreamed existed. 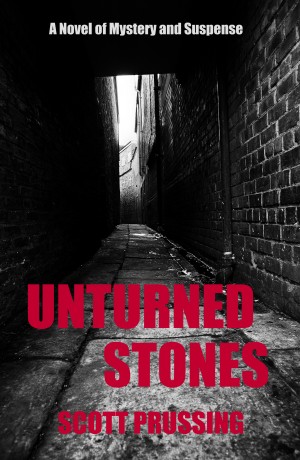 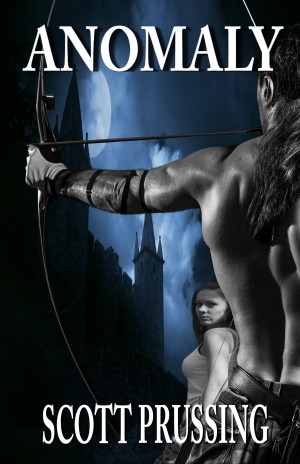 Anomaly by Scott Prussing
Price: $4.99 USD. Words: 75,960. Language: English. Published: May 1, 2014. Categories: Fiction » Fantasy » Contemporary, Fiction » Science fiction » Apocalyptic
Anomaly is a post-apocalyptic fantasy. A time travel experiment goes horribly awry. Instead of opening a doorway to the past, a portal is opened to a world filled with creatures who previously had existed only in humankind's legends and nightmares. Mankind's only hope lies with 7 teenagers, collectively called the Miracles. Each was born with a special power--but will their magic be enough? 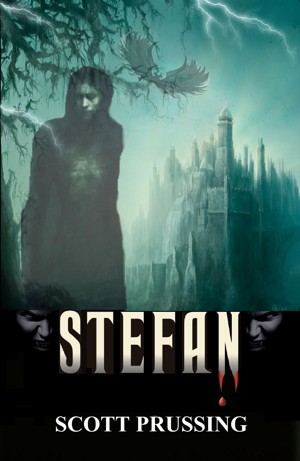 Stefan by Scott Prussing
Price: $2.99 USD. Words: 41,410. Language: English. Published: October 25, 2013. Categories: Fiction » Fantasy » Paranormal, Fiction » Romance » Paranormal
Readers of all ages have been captivated by the passion and supernatural dangers of the Blue Fire Saga. Now, for the first time, we see the story through the eyes of the mysterious vampire Stefan. STEFAN is a must read for any Blue Fire Saga fan who wants a view into the heart and soul of this favorite Blue Fire character. Don’t delay—get your copy now! 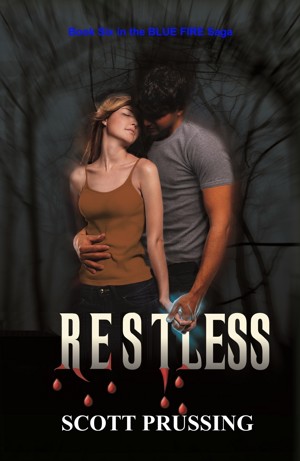 Restless (Blue Fire Saga #6) by Scott Prussing
Series: The Blue Fire Saga, Book 6. Price: $4.99 USD. Words: 74,540. Language: English. Published: August 29, 2013. Categories: Fiction » Romance » Paranormal, Fiction » Fantasy » Paranormal
RESTLESS is Book 6 in the paranormal romance Blue Fire Saga. The evil Necromancer is growing in strength. Soon he will have broken the seal between the world of the living and the world of the dead, unleashing his army of walking dead upon the world. Can Leesa, Rave and Dominic stop him before it's too late? RESTLESS is filled with surprises, big and small, good and bad, and pulse-pounding action 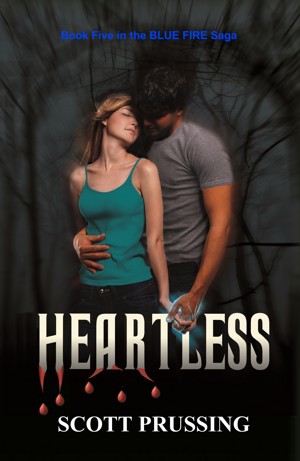 Heartless (Blue Fire Saga # 5) by Scott Prussing
Series: The Blue Fire Saga, Book 5. Price: $4.99 USD. Words: 72,870. Language: English. Published: August 5, 2013. Categories: Fiction » Romance » Paranormal, Fiction » Fantasy » Paranormal
Heartless is Book 5 in the Blue Fire Saga. It continues the story of Leesa and Rave, along with Dominic and Cali and other favorite Blue Fire Saga characters. Heartless also introduces supernatural enemies — xenorians. Members of an ancient sect, they believe all magic eventually turns evil and must be stamped out before that can happen. That’s definitely not good news for Leesa and her friends. 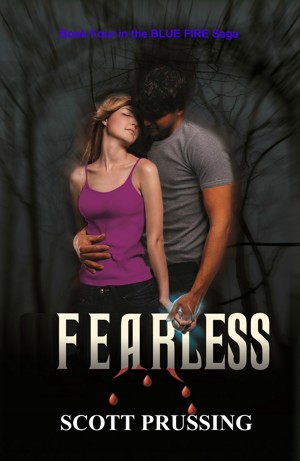 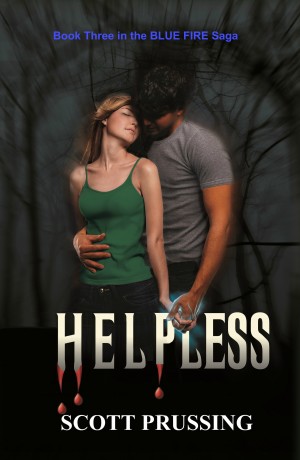 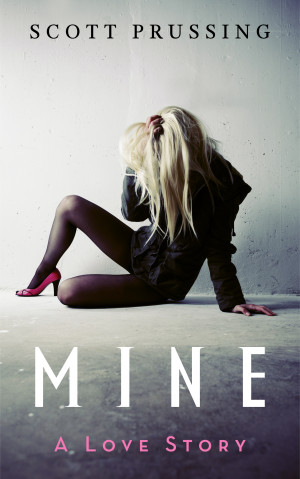 When your guitar is your only real friend and you won’t let anyone hear you play, your life is hardly what you’d like it to be. Heather hopes escaping her bickering parents will help her come out of her shell. With a story based on hit songs of a popular artist, "Mine" is a book musics fan will love. But you don’t need to be a music fan to enjoy the romance, humor and heartbreak of "Mine." 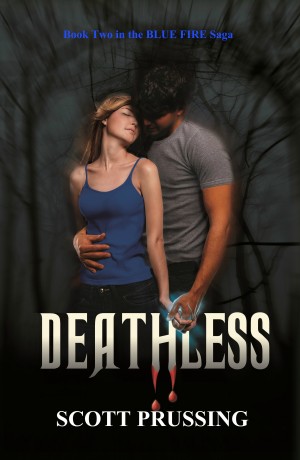 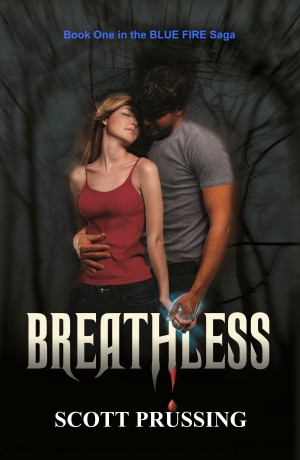 Breathless is Book 1 in The Blue Fire Saga, a paranormal romance series filled with passion, suspense and supernatural danger. There are currently 6 books in the saga. Readers have been loving Breathless, call it "fabulous," "amazing," and "a page-turner." "A book you will fall in love with and want to read over and over again." ~Bite This! Vampire Book Blo 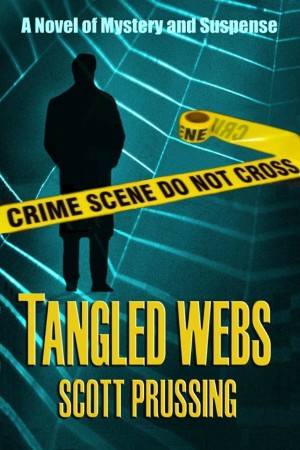 Casey Conner has sworn off police work. Killing a kid will do that to you. Except for his nightmares, his new life is good--until some psycho begins copying killings from TV's most violent cop show. As the bodies pile up, Conner's fragile sanity is threatened when he is slowly drawn into the hunt for the killer. Filled with surprising twists, this book will grab you from the very first chapter.

You have subscribed to alerts for Scott Prussing.

You have been added to Scott Prussing's favorite list.

You can also sign-up to receive email notifications whenever Scott Prussing releases a new book.