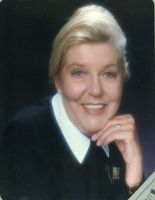 Shirley Billing is an international yachting journalist, a writer of books and articles mainly based on her 65.000 mile, 25 year, voyage around the world with her husband Peter in their 35'Endurance ketch. Shirley has lived in England, Scotland, Wales, Australia, USA, New Zealand, Taiwan, Singapore, Thailand, Cyprus and Shanghai, and of course on the Atlantic, Pacific and Indian Oceans and harbours.
Married to Peter for 58 years they have three children and seven grandchildren. They sailed for 30 years before setting off.
On leaving school Shirley attended St James' Secretarial College in London which enabled her to
find work and enjoy the local people wherever she has lived: in Harrods, Ascot Race Course, Taipei American School, Shanghai University etc. A passionate Keep Fitter and teacher ensured she was in good shape to start their adventure.
Peter a qualified electronic engineer was pursued during their voyage by his former American employers and offered three x two year contracts to start up design and manufacturing facilities in Taiwan, Singapore and Shanghai.
Buying a house on the banks of Milford Haven in 2000 has enabled Shirley to study and gain an M.A. in Creative Writing in the winters whilst sailing the Mediterranean in the summers. "I wanted to do the best I possibly could to tell the world about the excitement of exploring our wonderful planet and its kind and friendly people." Shirley also had her play "Remind Me" performed at the Hay Festival.
Now they give power point presentations to various clubs around the country and being lecturers on Cruise Ships keeps their voyage fresh in their minds. A 16' dinghy at the bottom of the garden to sail up river for a picnic in good weather is still a delight.
Shirley has written three books about their voyage:
Seize the Day: (decisions, preparations and voyage from London to Singapore)
Red Sea Peril. (On their way up the Red Sea they were arrested and held for a month in Eritrea under suspicion of spying.)
Passport to Adventure. (the final lap from Cyprus to home through the Mediterranean and French Canals, but with the added trauma of Peter having a heard attack on board in Paris.) 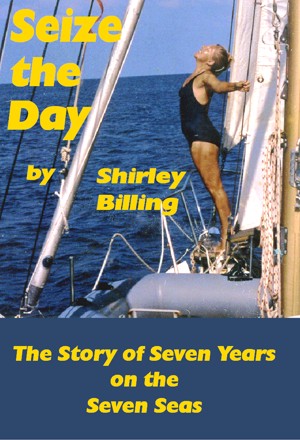 You have subscribed to alerts for Shirley Billing.

You have been added to Shirley Billing's favorite list.

You can also sign-up to receive email notifications whenever Shirley Billing releases a new book.