Sephora Black is a novelist who made her name in the mystery and nonfiction genres.

Synopsis
Sephora Black was born on April 17, 1985, in Croatia. She started to write poetry when she was around ten and by the time she got to high school, she was an editor of a school newspaper. After she finished high school, she worked in different places while establishing herself as a writer. Sephora’s first novel, Obsession, was written in her early twenties and it was never published. She didn’t write for a few years after that, but she started again and published her first in a series novel Poisoned by Mistake in 2015.

Early life
Author Sephora Black was born on April 17, 1985, in Croatia. Not knowing her biological father, she grew up with her stepfather, who was a truck driver, and her mother who worked in a factory. When she was eight, she got her only stepsister and they developed a strong bond growing up together.
She went to a technical high school close to her home and when her professor recognized she had a literary ability, she soon became school’s newspaper editor. During those years she did many interviews and wrote articles, and her short story was published in OK!, the most popular teen newspaper.
Sephora went to the Faculty of Philosophy in Zagreb to study the Croatian language, but never finished college because of poverty. She gave up in 2005 and started to work as a waitress. She wrote her first book, Obsession, in Croatian language and tried to publish it, but she had no luck. She gave up writing for a few years and continued to work in different places during the years, disappointed.
When she was twenty eight, she met her fiancé and he persuaded her to start writing again. She began to write journals, and soon after that she got an idea for a book. In 2015 she wrote her first novel Poisoned by Mistake, which was first of a Julianne Mock Mysteries series, the story of a Christian girl who tries to change her life, but she ends investigating a murder. It was published the same year, allowing her to accept a job at the nonprofit association, so she could have more time for writing.

Later work
Sephora Black also wrote and published a nonfiction book How to Run an Online Business (2015), and she continues to produce great books.

Personal life
Sephora and her fiancé moved to live off the grid at their mountain house in Dalmatian Hinterland. She participates in the work of local association, runs a household and writes full-time.
Outside of writing, Sephora is a gardening fan and she spends time in her garden every day, cultivating more than twenty types of vegetables, and many herbs and fruits.

Where to find Sephora Black online 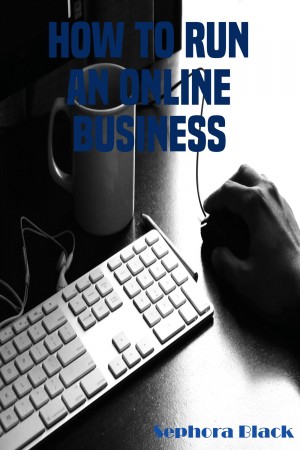 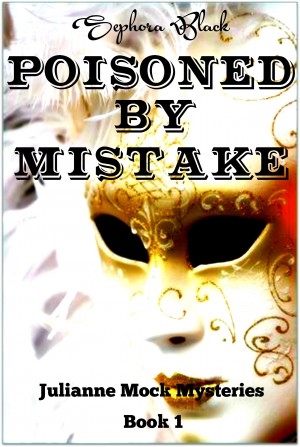 Poisoned By Mistake by Sephora Black
Price: $1.99 USD. Words: 17,230. Language: English. Published: May 10, 2015. Categories: Fiction » Mystery & detective » General, Fiction » Mystery & detective » Women Sleuths
Ethan meets Julianne after ten years and they are connected with an unusual event – a man is poisoned during a lunch at the restaurant. They start to investigate because someone is trying to kill Ethan, but a lot of dark secrets pop out when Julianne scratches into Ethan’s life. Fighting with her own demons from the past, will she be able to continue or will she give up?

You have subscribed to alerts for Sephora Black.

You have been added to Sephora Black's favorite list.

You can also sign-up to receive email notifications whenever Sephora Black releases a new book.