C. A. (Carol Ann) Newsome writes the Lia Anderson Dog Park Mysteries, a series of fun, romantic suspense/mystery novels which are inspired by and centered around her mornings at the Mount Airy Dog Park with her trio of rescues (rowdy hooligans).

She is also an artist with an M.F.A. from the University of Cincinnati. You'll see portraits of some of her favorite four-footed friends on the covers of her books. She enjoys creating community-based public artworks. As an artist, she is best known for her New Leaf Global Good-Will Guerrilla Art Project.

Her other interests include astrology, raw food and all forms of psychic phenomena. She likes to sing to her dogs. The dogs are the only ones who like to listen.

When did you first start writing?
I've always been a voracious reader. When I worked the 2010 Census, one of the enumerators told me he had written a novel. I was hungry for something new, so I asked to read it. He was an excellent writer, but I noted some issues with the book that would make it unsuitable for the popular market he was aiming for. He asked me to help him edit the book.

That began two of the most frustrating months of my life. We would meet, I would tell him my thoughts, he would be very appreciative. Then I would read his revisions and they would be the exact opposite of what I'd said was needed. He kept saying he needed to cut pages in order to sell the book, but he kept adding more. I told him that I was probably not the best editor for him, but he wanted me to continue. And then it would start all over again.

I wound up so angry, I wanted to kill him. So I picked up a pen and an old newsprint drawing tablet, and did it on paper. Four months later, I had the first draft of "A Shot in the Bark."
What's the story behind your latest book?
My Dog Park Mysteries are based on my many years of daily dog park visits. "Maximum Security" was inspired by my eldest fur-baby, Max. She's an escape artist, and she frequently brings back souvenirs from her jaunts. Ever since I started writing, I knew there would be a book with Max as a main character.
Read more of this interview.

Where to find C. A. Newsome online

A Shot in the Bark - Extended Edition
Price: Free! 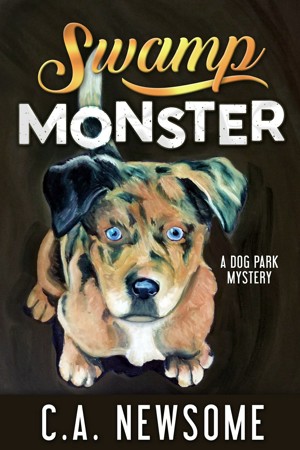 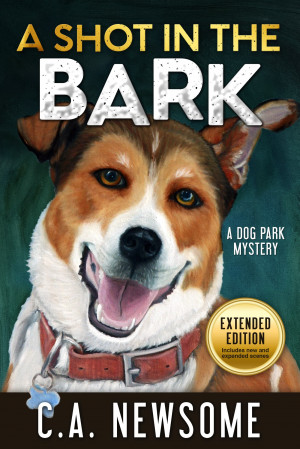 A grieving artist, a smitten detective, a devious killer: You never know who you'll meet at the dog park. Detective Peter Dourson adopts a dead man's dog to find a killer concealed in the tight-knit group at Mount Airy Dog Park, not expecting to fall in love with the victim's girlfriend. 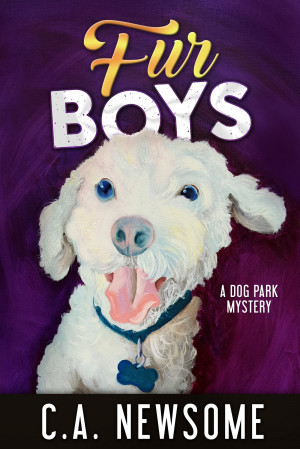 Fur Boys by C. A. Newsome
Series: Lia Anderson Dog Park Mysteries, Book 6. Price: $4.99 USD. Words: 76,600. Language: English. Published: June 22, 2017. Categories: Fiction » Mystery & detective » Cozy, Fiction » Mystery & detective » Amateur sleuth
Lia’s mural commission at a music school places her at the center of the drama when a Machiavellian voice professor is murdered, drama heightened by the theatrical tendencies of the suspects and complicated by the professor’s will. With Peter hamstrung by departmental politics and the assigned detectives barking up the wrong tree, it will take Lia and the dog park gang to unravel the truth. 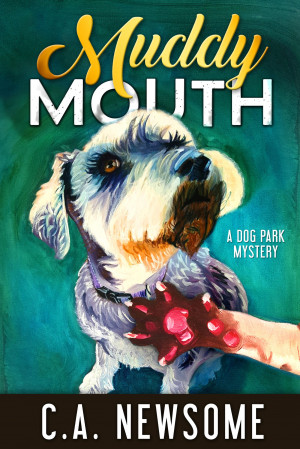 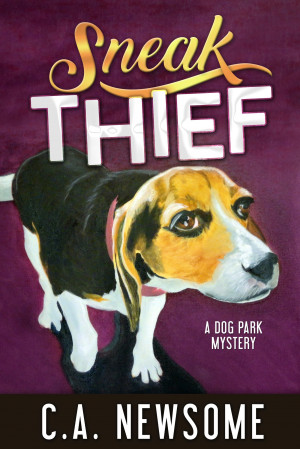 Sneak Thief (A Dog Park Mystery) by C. A. Newsome
Series: Lia Anderson Dog Park Mysteries, Book 4. Price: $4.49 USD. Words: 82,470. Language: English. Published: May 13, 2015. Categories: Fiction » Mystery & detective » Cozy, Fiction » Mystery & detective » Women Sleuths
Lia's new friend Desiree has a secret admirer who leaves her tiny aluminum foil sculptures. When Desiree is murdered, Lia not only winds up with the woman's kleptomaniac beagle, she also inherits Desiree’s stalker. On the outs with Peter and with the police on the wrong track, Lia will have to rely on her wits and her friends if she wants to stay alive. 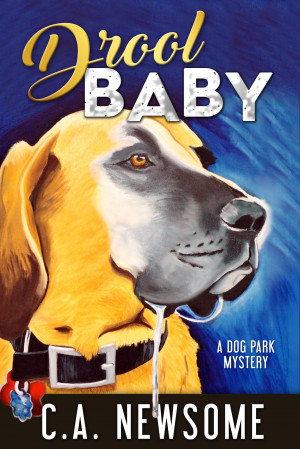 Artist Lia Anderson is emerging from the trauma of the previous months with a new boyfriend, a new patron with an exciting project, and a new therapist to help her sort everything out. Life at the Mt. Airy Dog Park is returning to normal, and that suits Lia just fine. Then a stranger arrives with a message, starting her down a path that will ultimately have her fighting for her life. 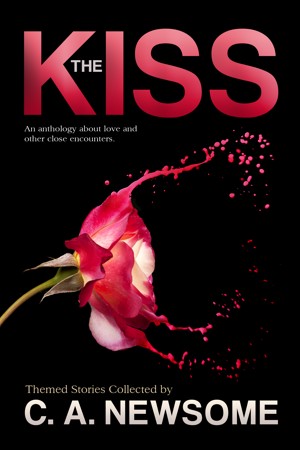 The Kiss: An Anthology About Love and Other Close Encounters by C. A. Newsome
Price: Free! Words: 129,620. Language: English. Published: January 15, 2014. Categories: Fiction » Anthologies » Short stories - multi-author, Fiction » Anthologies » General
A kiss is a simple communication. It can also be an exchange, a betrayal, an assault, a promise, a hope...or it could be a goodbye. The intimacy of a kiss cannot be denied. Whether shared, stolen or simply dreamed of, its recipient will be affected. Thirty-one stories by authors from around the world will tease your imagination as you anticipate ‘The Kiss’ in each weird or wonderful tale. 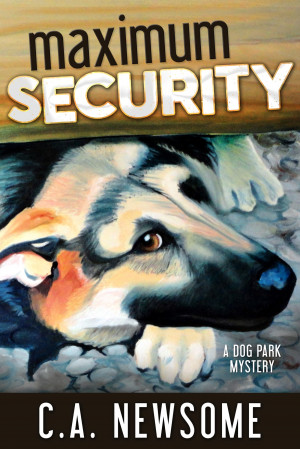 Maximum Security (A Dog Park Mystery) by C. A. Newsome
Series: Lia Anderson Dog Park Mysteries, Book 3. Price: $4.49 USD. Words: 70,460. Language: English. Published: November 25, 2013. Categories: Fiction » Mystery & detective » Women Sleuths, Fiction » Mystery & detective » General
Lia Anderson's escape-artist foster dog shows up with a human femur, sending her detective beau on a hunt that ends with the arrest of the dead man’s high school sweetheart. Lia shouldn’t have skin in this game, but she helped Peter apprehend Kitty and now she feels responsible. When Lia's best patron takes up the woman's cause, the pressure is on for the dog park gang to uncover the truth.

You have subscribed to alerts for C. A. Newsome.

You have been added to C. A. Newsome's favorite list.

You can also sign-up to receive email notifications whenever C. A. Newsome releases a new book.