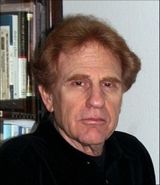 The United States is not your native country. Where did you grow up?
I was born in Israel, in a kibbutz. It was a unique rural communal back then, hard farm labor during the day and a beehive of intellectual, political, and artistic activity during the evening and night. In general, the kibbutz was a society dedicated to social justice. It was a paradise as I was growing up. You can learn more about it by reading The Sweet Life, my Moment Magazine’s entry, which won its 2011 memoir contest. (You can find it in my literary website, HillelBridge.com) More than forty years after I left that small place, shortly after my army service had ended, it remains to this day the most significant experience of my life.
You mentioned your army service. Care to elaborate?
Army service in Israel is mandatory, and I was enlisted at age 19, after working for one year with inner city kids in the coastal city of Haifa. What can I tell you, I served for almost three years, as well as close to twenty-four years in reserve. I was a soldier first, then an officer in an elite paratroops reconnaissance unit. I’ve been to war, not once, and was wounded in battle. I left good friends behind, dead in the battlefield. Most probably, it was the second most significant experience of my life.
Read more of this interview.

Unidentified Woman
Shot by me in Lake Tahoe 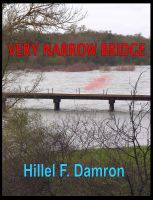 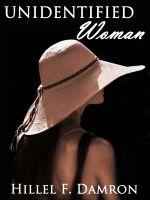 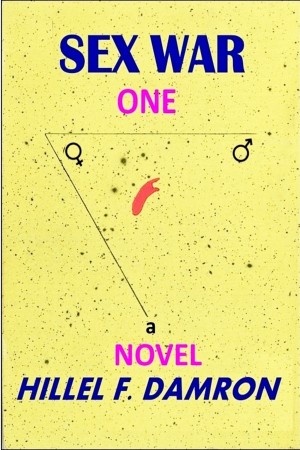 Sex War One by Hillel F. Damron
Price: $2.99 USD. Words: 82,330. Language: English. Published: December 15, 2014. Categories: Fiction » Science fiction » Utopias & dystopias
All goes well in this post nuclear-Holocaust underground colony of sexual equals until – as result of a mistake in the birth-laboratory that turns into a catalyst – it devolves into a dictatorship with a full-scale subjugation of males. A revolt and an all-out war between the sexes ensue, with the survival of the human race again at stake. 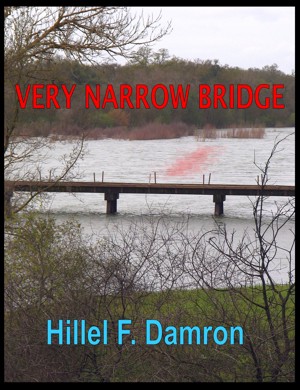 Very Narrow Bridge by Hillel F. Damron
Series: Gideon Gold Investigations, Book 1. Price: $2.99 USD. Words: 120,800. Language: English. Published: November 6, 2013. Categories: Fiction » Mystery & detective » Hard-Boiled
“Our crime was a crime of the heart, if it was a crime at all.” That the last sentence in Joy Plummer’s last letter to Gideon Gold, the private investigator who has made her union with her long-lost father possible. He was a Vietnam War hero, Ray De Rosi, and his unusual, complicated relationship with his daughter is at the core of this novel: a hybrid of literary and mystery fiction. 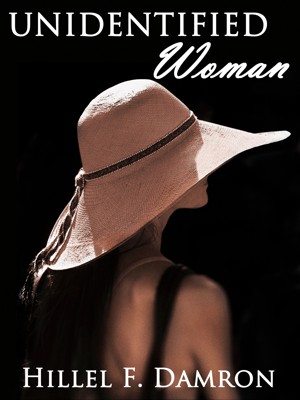 Unidentified Woman by Hillel F. Damron
Series: Gideon Gold Investigations, Book 2. Price: $2.99 USD. Words: 70,300. Language: English. Published: August 26, 2012. Categories: Fiction » Mystery & detective » Hard-Boiled
Literary crime novel about rape, revenge and redemption. A young Mexican girl is kidnapped on her way to school, enslaved and repeatedly raped by paying customers. She survives and grows up to become an independent young woman living in L.A. She tracks down those men who wronged her, exacting a deadly, unusual punishment. On her footsteps is a reluctant private investigator, a former Mossad agent.