Sharon Woods Hopkins' mystery series featuring mortgage banker Rhetta McCarter and her '79 Camaro hits close to home. Sharon is a former branch manager for a mortgage office of a Missouri bank. She also owns the original Cami, a restored '79 Camaro like Rhetta's. Sharon's hobbies include painting, fishing, photography, flower gardening, and restoring muscle cars with her son, Jeff. She is a member of the Mystery Writers of America, Sisters in Crime, Guppies, Thriller Writers of America, the Southeast Missouri Writers' Guild, Heartland Writers, and the Missouri Writers' Guild. Sharon also spent 30 years as an Appaloosa Horse Club judge, where she was privileged to judge all over the US, Canada, Mexico and Europe. She lives on the family compound near Marble Hill, Missouri with her husband, Bill, next door to her son, Jeff, his wife, Wendy, and her grandson, Dylan, plus two spoiled dogs, two cats, and assorted second generation Camaros. KILLERWATT was nominated for a 2011 Lovey award for Best First Novel and placed as a finalist in the 2012 Indie Excellence Awards. Her second book, KILLERFIND,was a finalist in the 2013 Indie Excellence Awards, and won first place in the Missouri Writers' Guild Show-me Best Book Awards in 2013. Her third book in the series KILLERTRUST and fourth book KILLERGROUND are now available. 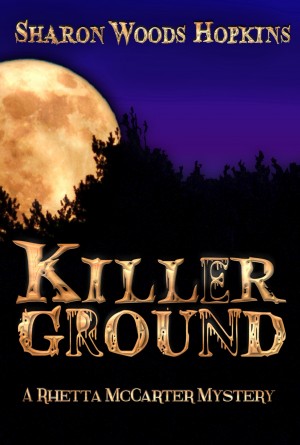 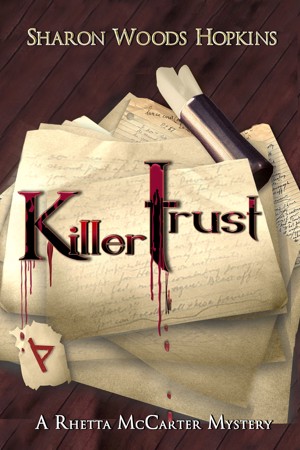 Killertrust by Sharon Woods Hopkins
Price: $2.99 USD. Words: 81,970. Language: English. Published: October 8, 2013. Categories: Fiction » Mystery & detective » Women Sleuths, Fiction » Mystery & detective » Police Procedural
Rhetta McCarter is enjoying her drive home in Cami, her restored ’79 Camaro, when she witnesses a pickup truck deliberately run down an old man after he crosses the highway. He has no ID, except for one of Rhetta’s business cards. Rhetta’s estranged father complicates the tragedy by telling her he can prove the man was murdered and that she must find the murderer. 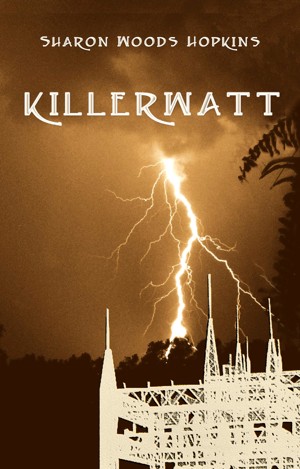 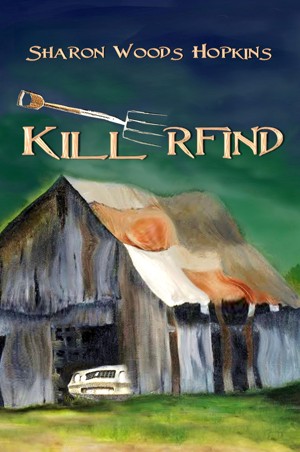 You have subscribed to alerts for Sharon Woods Hopkins.

You have been added to Sharon Woods Hopkins's favorite list.

You can also sign-up to receive email notifications whenever Sharon Woods Hopkins releases a new book.