After many years during which I've written plays, pantomimes and short stories for friends, I am now the proud possessor of a step-daughter, attached to a beautiful and intelligent wife.
I've never had a child to look after before, and it's a challenge. She'll be a teenager this month. Watching her trying to work out what life means to her, how to cope with friends and foes, made me write (for the very first time) a novel, just for her.
But this novel is not just for her; it's for me, and it's for anyone who is a child or who has a child who is intelligent and enquiring, who is shy, who has dreams.
It is enjoyable to write about Yifan, and the fantasy element of the story means that there are many more adventures for her to have as she grows up into the balanced, resourceful adult that I know she will become. And so here I am, hoping to share her life - the real life and the life of dreams - with you.

What are your five favorite books, and why?
I suppose my favourite books must have had an effect on my own writing. I've been reading since forever - I can't remember when I have not had a book in my hands, except that nowadays it's an e-reader. And five favourites? Impossible.

But, I'll start with the Gormenghast trilogy, by Mervin Peake. It's a whole imagined world, contained within a vast castle. The characters are grotesque, but no wonder - they know nothing except the world of Gormenghast; they are ruled by its rituals and customs, and are powerless to resist the clever, vindictive Steerpike... Read it; you'll love it!

A Scanner Darkly, by Philip K Dick. To my mind his most accomplished novel. You will know his books from the films that were made from them - Bladerunner, Minority Report, Total Recall and A Scanner Darkly (an animated film). I have had for many years a screenplay in my head for this book, but I think it's going to stay there. Why this book? Because it is a brilliant account of a policeman's descent into paranoia and drug-dependence. Love could have saved him; but even love is twisted, and is used by his superiors to bring justice at the expense of his own sanity.

Martin Rattler, written by R M Ballantyne in 1858. Ballantyne is nowadays a forgotten author, but he wrote cracking books for boys. I read Martin Rattler when I was ten - a tip here: If you are a young reader, always keep a comprehensive dictionary by your side. The best books are those that stretch your imagination, and to do that they also have to stretch your vocabulary. Martin is kidnapped and taken to sea at the age of ten, and has adventures all the way to South America and back again. I particularly remember the episode with the vampire bats.

I have two left, and two hundred in my head. I'll have to give mention to Sir Terry Pratchett, whose books I have read since he published his second novel, The Dark Side of the Sun, in 1976, and to Neil Gaiman, who I have only recently rediscovered,

Should I select Gaiman's American Gods as my fourth book? I could choose Neverwhere, or The Graveyard Book - but what the heck; I'll choose Anansi Boys. Why? Because Gaiman does not write with colour. You know that some of his characters are black, and some are white; some are Chinese, some Venezuelan, some are ghosts and some are not. He does not have to be explicit. You just know. And that is a great equaliser. People are just people. And some are gods.

Why is this important to me? Because my wife and daughter are Chinese, because I have friends who are a different colour to me, because it's tedious to say, "You know, the black guy?"... Because we are all just people, even the ghosts. And so I, like Neil, just want to write about people as people, and not trip switches in reader's minds by starting with their colour.

So many books. But now to the last I'm allowed here.

The American writer Neal Stephenson (yet another SF/Fantasy writer) wrote an amazing trilogy, The Baroque Cycle, which is - in the real meaning of the word - awesome. Set at the end of the seventeenth and the beginning of the eighteenth century it is a wild, sprawling romp through a turbulent period of European history, filled with romance, science, politics, economics, alchemy and mathematics... lots of 'ands', really, far too much, it's a real page-turner, even though it was published in some markets as eight separate full-length books.

It will keep you occupied for a while. And then, when you finish that, read Cryptonomicon, which brings it all up to date.

So; five favourite books. If I could write anywhere near as well as any of those writers could write, I would be the happiest man in the world. Go read at least one of them. You will be inspired.
What do you read for pleasure?
I read mostly in the SF/Fantasy genre, but I still like childrens' books, and have re-read those from my youth. Books by R M Ballantyne, Enid Blyton, Captain W E Johns (Biggles).

I like the kind of old-fashioned thrillers by Dashiel Hammet (The Maltese Falcon), Raymond Chandler (the Philip Marlowe books) and Leslie Charteris (The Saint). They are just so darn GOOD!

I read factual Scientific literature, too, about Mathematics, Quantum Physics, Relativity and so on. Scientific biographies can be fascinating - read the biography of Paul Dirac by Graham Farmelo, as an example. And read the books by the scientists themselves, particularly the autobiographical works of the late Richard Feynman, and the not-late Murray Gell-Mann's great book The Quark and the Jaguar.

Charles Dickens can be very very good. Bleak House is my favourite, followed by A Tale of Two Cities. I still have others to read, but I advise against reading Hard Times. It is a very awful book. 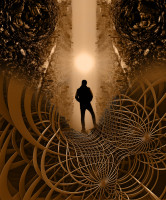 The Technical War by J L Blenkinsop
The Technical War began in 1914 and lasted until 1937. In it scientific warfare accelerated, until at the end the world was filled with devastating weapons. And some of them were human. After the plagues the AIs rebuilt the world, brought humanity back from the edge of extinction. But the weapons of a long-ago war still survive, to threaten mankind with its delayed and ultimate death.

Worlds of Yifan by J L Blenkinsop
Yifan is a girl with a secret - she can move between the many Worlds of the Multiverse, usually at the most inconvenient times... 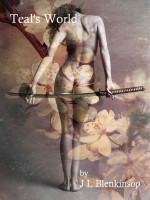 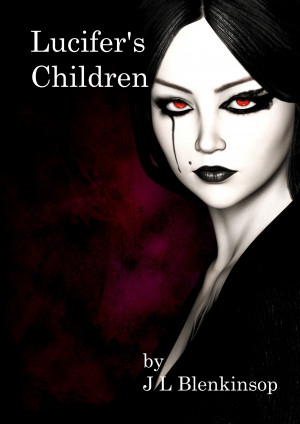 Lucifer's Children by J L Blenkinsop
Series: The Technical War. Price: Free! Words: 87,520. Language: English. Published: January 5, 2019. Categories: Fiction » Science fiction » Adventure, Fiction » Science fiction » General
Shen Aoyun, vampirised by a living weapon from the Technical War, channels her thirst for revenge into a mission to infiltrate an ancient College, the Scholomance, whose alien Master plans to destroy what remains of Humanity using weapons created by the War: vampires, werewolves and Aoyun's own dead mother. Is love enough to save the world, or will it all, in the end, come down to blood and dust? 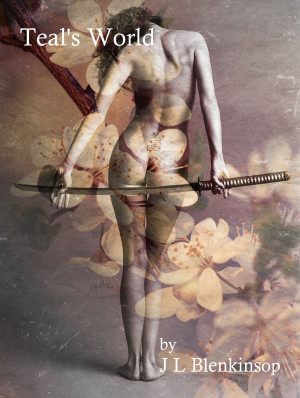 Teal's World by J L Blenkinsop
Series: Worlds of Yifan. Price: Free! Words: 80,910. Language: English. Published: November 5, 2017. Categories: Fiction » Science fiction » Adventure, Fiction » Adventure » General
Shen Teal Travelled to our own World in the book Prince Yifan, where he met the young murderess Qing Shur. Now he is pitched into a completely different World - a planet called Mara, where he is on a quest to destroy the Demon device that holds the world away from the last humans. And he has taken his beloved Qing Shur with him - but has no idea where she is. 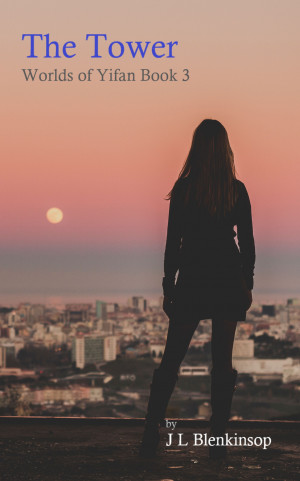 The Tower by J L Blenkinsop
Series: Worlds of Yifan. Price: Free! Words: 49,300. Language: English. Published: November 5, 2017. Categories: Fiction » Science fiction » Adventure, Fiction » Young adult or teen » Science Fiction
On an Earth where the Sun is dying, the appearance of a girl who can travel between Worlds could provide an escape for all humanity - but at what cost? Yifan, dragging her mother with her, fights for her younger self while back in our World her step-father battles for their lives against two Intelligence Services, and tries to find the elusive Captain de Vlieger, who holds the secret of Travel. 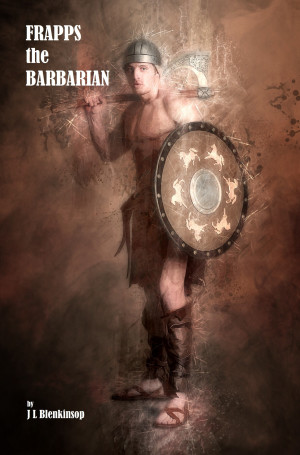 Frapps, a lowly wen-picker from the Equatorial Girdle, is overwhelmed when he picks up a paperback novel in Catenary Jones' Trading Post. Its cover depicts the gormless Frapps himself, bestride the Globe; and the title is Frapps the Barbarian... 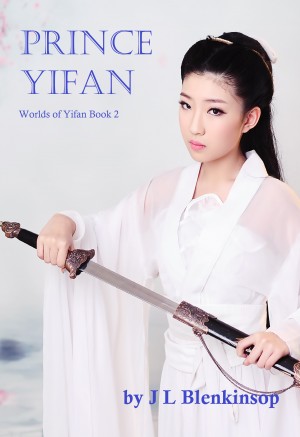 Prince Yifan by J L Blenkinsop
Series: Worlds of Yifan. Price: Free! Words: 38,470. Language: British English. Published: November 28, 2015. Categories: Fiction » Children’s books » Action & Adventure / Survival Stories, Fiction » Young adult or teen » Adventure
Prince Shen Teal is looking forward to seeing his annoying older brother married to the eldest daughter of the Queen of Taiwan. He's not enjoying the long sea voyage on the tall-masted European ship The Unicorn, where the food is even more nauseating than the motion of the waves. But when one day he wakes up in another World, in the body of a girl, he finds that his problems are just beginning. 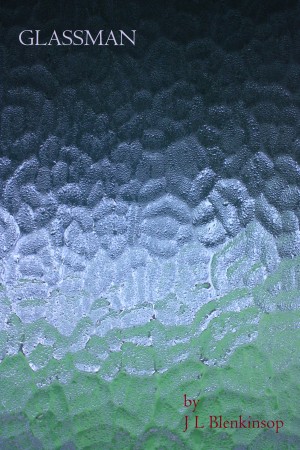 It must be fun, being a Superhero. Meet Denis, who might just change your mind... 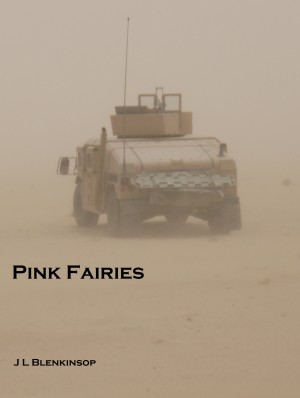 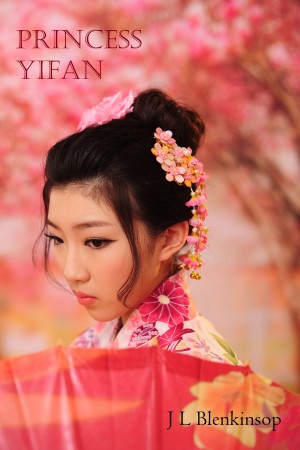 Princess Yifan by J L Blenkinsop
Series: Worlds of Yifan. Price: Free! Words: 38,370. Language: British English. Published: May 9, 2015. Categories: Fiction » Children’s books » Royalty, Fiction » Children’s books » Family / General
Yifan, like many eleven-year-old girls, wishes she was a Princess. Then she meets Vicky and becomes part of an adventure that began over two thousand years before. But who is Vicky? Is she Yifan from the future - or is she something even more mysterious? And even with Vicky's help, Yifan can't avoid the threats to herself and her family that the revelations of the past can bring.

You have subscribed to alerts for J L Blenkinsop.

You have been added to J L Blenkinsop's favorite list.

You can also sign-up to receive email notifications whenever J L Blenkinsop releases a new book.