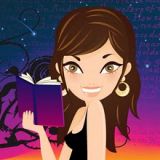 26 year old Mum of one who's absolutely addicted to reading!

Where to find Melissa Freeman online

You have subscribed to alerts for Melissa Freeman.

You have been added to Melissa Freeman's favorite list.

You can also sign-up to receive email notifications whenever Melissa Freeman releases a new book.