I've been a copy, speech and scriptwriter for a long time!

Before that, I wrote songs and stories for the BBC, then became a stand-up comedian for eight years, writing my own stories (no jokes!). I also wrote and sang all the songs for my rock band - the Stan Arnold Combo.

I now live in and work from Lanzarote, with my wife Dee and cats, Bonzo and Jingle.

In my eight years on the island, I have written seven funny novels - The Implosion Saga, no less!

The stories are about two incompetent Soho-based video producers who drink too much, don't earn enough and get too many death threats.

I suppose the next thing to do is promote these little offerings so I can archive my life's ambition - to own a garden shed on Mustique.

(All very well, I hear you say, but have you seen the price of creosote on the island?)

What made you start writing novels?
I had an idea in my head that wouldn't go away. I'm not very aggressive, so the idea stayed and kept annoying me. It was about two drunken video producers who had been thrown out by their wives and were sleeping in hammocks in their linoleum-floored office in Soho. No work. No money. No future.

So to get rid of the idea, I wrote the first chapter of They Win. You Lose. When it was finished, I thought, 'I wonder what happens next? And after going through that process several times, I realised I was looking at the start of a book.
Why did you leave it so long to write a novel?
I've earned my living from writing in one way or another for over thirty years. I started writing topical songs for the BBC, then became a stand up comedian writing all my own material. Then I started the Stan Arnold Combo - a rock band with the strapline - light entertainment for the bemused. A divorce stopped all that, and I started writing advertising copy, film scripts and speeches for companies.

Writing a 3-minute song, or copy or speech where there is an agreement to get paid, is so different from writing a novel. If someone doesn't like a song - so what, it's only 3 minutes. If someone doesn't like some corporate writing, you work with the client to get it right. But with a novel, you work for months until you are proud of it, then along comes someone and says I don't like it. I didn't think I could stand the rejection. But now I can! And anyway, about 80 per cent of the people who have read the books think they're great!
Read more of this interview.

Where to find Stan Arnold online

The Implosion Saga by Stan Arnold
The squalid adventures of Mick and Jim - two corporate video producers who drink too much, don't earn enough and get too many death threats. Locations include Soho, Las Vegas, the Caribbean, The Amazon, Lanzarote, Yorkshire and Hollywood. They are busy boys!

They Win. You Lose. - Sex, Violence & Songs from the Shows
Price: Free! 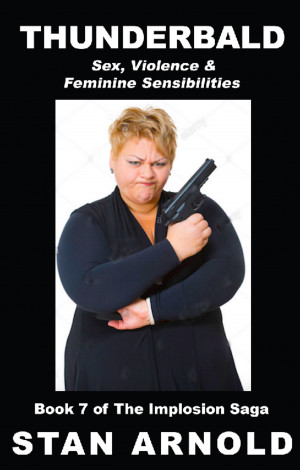 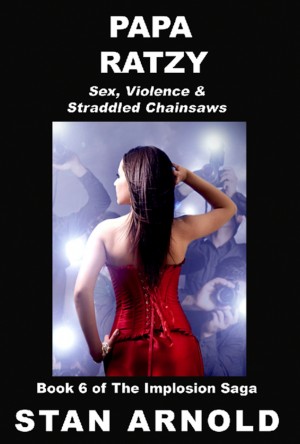 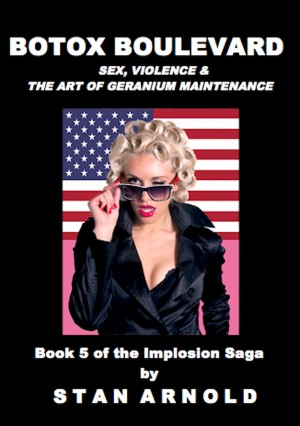 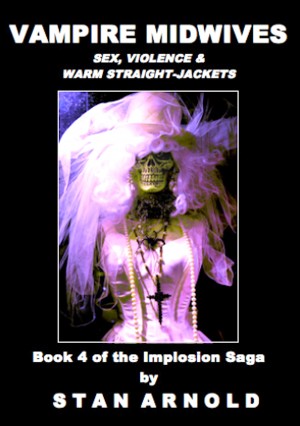 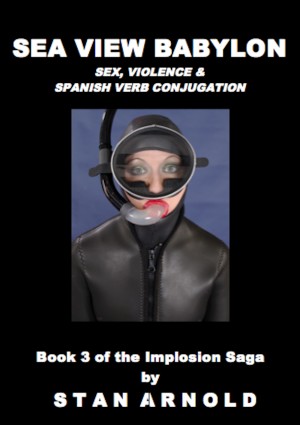 Sea View Babylon - Sex, Violence & Spanish Verb Conjugation by Stan Arnold
Series: The Implosion Saga, Book 3. Price: $0.99 USD. Words: 70,450. Language: English. Published: October 6, 2013. Categories: Fiction » Humor & comedy » Black comedy, Fiction » Adventure » General
In Lanzarote, Mick and Jim book into Sea View, a 1950's style Blackpool Guest House. While enjoying a pedalo ride, they are threatened with assassination by both the CIA and KGB, and drawn into a web of espionage, lies, deceit and sexual excess involving MI7 - so secret, even MI5 and MI6 don't know about it. The climatic showdown is orchestrated by Polly, the world's most foul-beaked parrot. 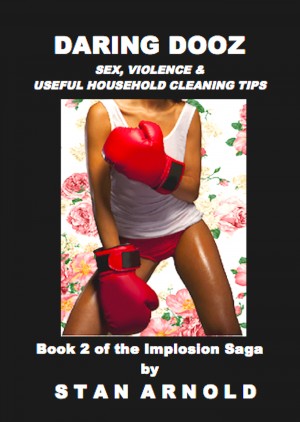 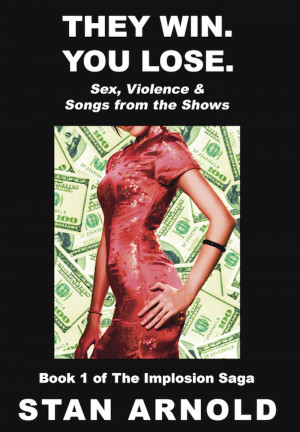 Sex, Violence, Songs from the Shows. Two video makers drink too much, don't earn enough, and are on the run from the mafia. Sex trade and Am Dram in Southsea, hitmen wearing pink Mexican outfits, a mystery job in Las Vegas - with Reservoir Dogs look-a-likes and Thelma and Louise suicide-a-likes. Showdown on the Strip saves them from sudden death and propels them into a new lifestyle - or does it?

You have subscribed to alerts for Stan Arnold.

You have been added to Stan Arnold's favorite list.

You can also sign-up to receive email notifications whenever Stan Arnold releases a new book.