A former expert IT Project Manager, Steve Stone has a number of award winning developments under his belt. Steve threw off the shackles of computer contracting in 2005 to become a full-time writer. He waited many years for an opportunity to begin penning his 'Intrepid' series of five novels, with matching screenplays. To date, the first three novels and screenplays are complete. Steve currently plans to release the fourth and fifth novels of the series in 2013/14.

Because the central characters are exposed to increasingly dangerous and complex challenges, multiple genres are explored; space, war, horror, historical mystery, gangland, disaster, comedy, and the stories consequently appeal as both action adventure and science fiction. So if you are a big budget film producer looking for your next formula fiction box office smash hit, Steve would love to talk to you about his screenplays!

Steve was born in Bristol, England in 1962, and was married to Debi in 1995. He has travelled to many parts of the world, his three-month tour of New York and Florida with Debi being of particular inspiration to the 'Intrepid' franchise. Steve has enjoyed a busy life, and has many accomplishments outside of his IT and writing careers;

Where to find Steve Stone online 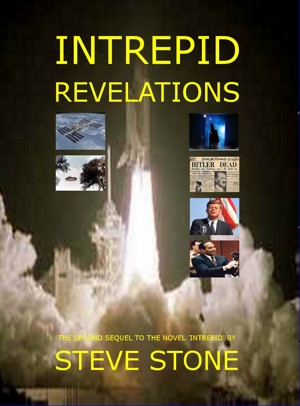 Who was Jack the Ripper? Did Hitler survive the war? Who shot JFK? Did OJ Simpson do it? Futuristic X-33 space shuttle Commander travels back in time to change history, after a meteor shower cripples the ISS. The imprisoned alien navigator of a secret flying saucer at Area 51 offers assistance, but a slip of the tongue diverts the journey to 1888 London, 1945 Berlin, 1963 Dallas & 1994 LA 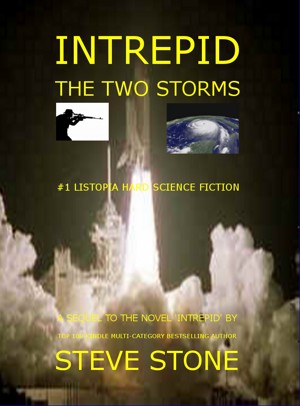 Time travel murder mystery from Kindle bestseller Steve Stone; Post-Obama, an X-33-space shuttle Commander travels back in time to change history, after notorious assassin 'The Chinaman' shoots the American and Russian Presidents, & a devastating hurricane crosses the Atlantic. The Chinaman's game of cat & mouse proves as dangerous as the plan to destroy the super-storm using a neutron bomb... 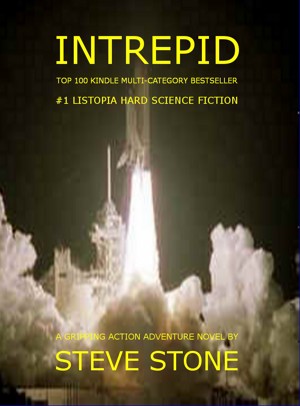 Time travel. Top 100 Kindle -> sci-fi, military, war; Post-Obama, an X-33 space shuttle Commander travels back in time to change history, after an accident in orbit causes nuclear war. Battling his conscience, his own crew, Russian cosmonauts at the International Space Station, a New Orleans street gang and the American military, his actions & words have unforeseen consequences on everyone....

You have subscribed to alerts for Steve Stone.

You have been added to Steve Stone's favorite list.

You can also sign-up to receive email notifications whenever Steve Stone releases a new book.