Tell us a little about yourself.
I'm an international novelist, journalist/magazine columnist, and PR writer, who usually goes barefoot.

My current publishers are Creativia, and Dragon Moon Press.

Married to Sue, I have two grown-up children, Christopher and Charlotte, and live in Leicestershire in the UK. When writing, my office companion is my charismatic budgie, or my neighbour's cat - but not at the same time.

Member of the influential international authors group, The Awethors.

A former broadcaster, I've worked as a radio newsreader, current affairs presenter and phone-in show host.
Your four full-length novels aren't on Smashwords any more. Why not?
That's very true. Smashwords now just features a collection of my early magazine columns, Up Close And Personal.

My novels have been re-edited and published in paperback form, and a new ebook edition, by two mainstream publishers, so I needed to remove the original editions from Smashwords.

To Rise Again, The Jigsaw And The Fan; Timeshaft; In Shadows Waiting; and Thunderlands, can now be purchased as paperback, or as ebooks, from Amazon.

But I will remain eternally grateful to Smashwords, as it was here that my novels first reached an audience.
Read more of this interview.

Where to find Stewart Bint online 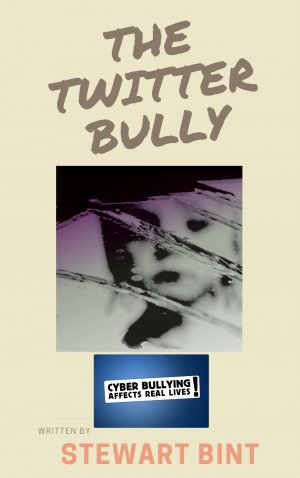 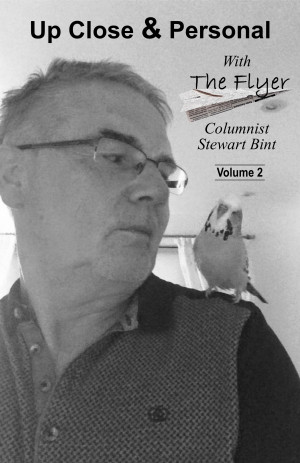 Up Close And Personal - Volume 2 by Stewart Bint
Price: Free! Words: 21,060. Language: Commonwealth English. Published: April 2, 2017. Categories: Nonfiction » General reference » Trivia
Novelist Stewart Bint writes a regular column in a fortnightly magazine, The Flyer, ranging from the intensely personal, humorous and hard hitting controversy, to sheer whimsy. This is the second compilation book of those columns, taking us from October 2014 to May 2017. An extremely diverse range of subjects. Something for everyone. 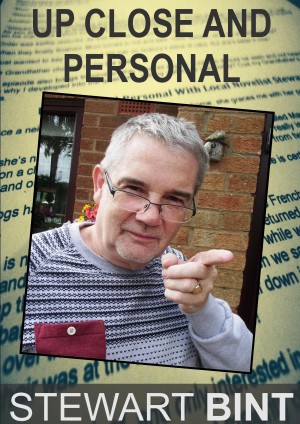 Novelist Stewart Bint writes a regular column in a fortnightly magazine, The Flyer. Ranging from the intensely personal, humorous and hard hitting controversy, to sheer whimsy, those columns are gathered here in one volume.

You have subscribed to Smashwords Alerts new release notifications for Stewart Bint.

You have been added to Stewart Bint's favorite list.

You can also sign-up to receive email notifications whenever Stewart Bint releases a new book.