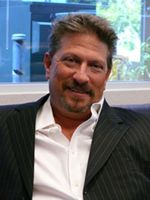 Mr. Stuart Rosenbaum was born April 9, 1960 in Philadelphia, Pennsylvania. At the age of eighteen, shortly after graduating high school, he took a summer trip to Northern California, the area known as Silicon Valley. It was then that he knew that some day, he was going to move to this part of the country and become a successful businessman.

At the time, he had no idea of how he was going to accomplish this goal, however, while growing up, there were people in his life that kept telling him that he would be great in sales. At the age of twenty two, Mr. Rosenbaum took a position with a California firm owned and operated by his cousin Lee Ackrich. Lee was an exceptional sales person and thus Mr. Rosenbaum was able to learn a good deal from him. Among his other mentors was Lee’s wife Provy, who was also a professional sales person, top producer and sales manager. Provy was the one that handed him his first book on sales, Og Mandino’s “The Greatest Salesman in the World.” From there he began to understand that selling was more than just the ability to talk to people, in fact Mr. Rosenbaum learned that the selling profession was one filled with passion in order to truly become successful.

As part of his personal quest to become a stellar sales person, he learned many of the basics from great trainers and motivators such as Tom Hopkins and Zig Ziglar. He took his sales career seriously and studied to be great at it, once he realized that the selling profession is truly that- a profession.

By the age of thirty five, Mr. Rosenbaum had started seven different companies, three of which were successfully built and sold, and, the largest, US Merchant Systems, which he still runs today in his capacity as CEO. Furthermore, He had held board seats on four different companies, and one association- the American Home Business Association.

Although he is mostly considered an entrepreneur and businessman, Mr. Rosenbaum likes more to consider himself as a professional salesman. His greatest aspiration, however, has always been to be a writer. Throughout his professional career he had written many articles, ads, training materials and sales scripts, which helped to develop many successful sales representatives through out the United States.

In 1992 Mr. Rosenbaum co-founded US Merchant Systems. Since then, the company has grown from three employees to sixty corporate employees and hundreds of independent sales agents. Since inception the company has provided its services to more than 100,000 businesses. Mr. Rosenbaum has spoken at electronic transaction industry functions, and has been featured in articles for publications that include the SF Business Times, The Green Sheet, Transaction Trends Magazine, Small Business Magazine, The Advantage Networker and others. He has been interviewed on radio programs including CEO Cast and is a highly respected member of the Transaction Industry and member of the Electronic Transaction Association.

Where to find Stuart Rosenbaum online 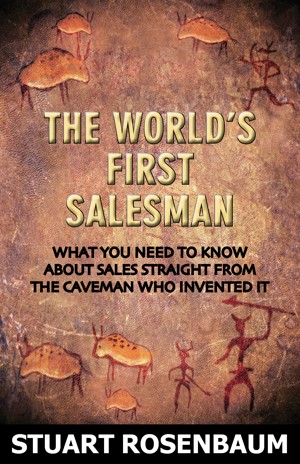 You have subscribed to alerts for Stuart Rosenbaum.

You have been added to Stuart Rosenbaum's favorite list.

You can also sign-up to receive email notifications whenever Stuart Rosenbaum releases a new book.