I am the author of the Tree of Life series of fantasy books and This Sacred Isle, an epic historical fantasy set in Dark Age Britain.

I live in Suffolk, England with my wife, daughter and cat. My writing reflects my love of history and mythology, especially the folktales and legends of the British Isles. My literary influences include the works of Mervyn Peake, Charles Dickens, J.R.R. Tolkien, Richard Adams and George Orwell.

The Tree of Life trilogy (comprised of The Map of the Known World, The Ordeal of Fire and The Last Days) was originally published between 2007 and 2012. A new boxset edition of the trilogy is now available.

I am in the final editing stages of my next novel, a SF story called 'Second Sun'.

Aside from writing, I enjoy reading a wide range of books, watching films, visiting museums and art galleries, and spending time with family and friends. I also support Ipswich Town Football Club - sadly not always an enjoyable experience...

What's the story behind your latest book?
'This Sacred Isle' is an historical fantasy set in Dark Age Britain.

The year is AD 593 - with Roman rule a distant memory, Anglo-Saxon kingdoms now dominate most of Britain, with the native Britons driven out or enslaved in their own lands. But rumours whisper that Merlin the Sorcerer has returned to unite the Britons and defeat their hated enemy.

Meanwhile, fourteen-year-old Morcar daydreams of battles and heroic deeds. However, when his village is attacked, Morcar is forced to venture into the wild - and there he must confront the danger that threatens to destroy his people...

'This Sacred isle' combines gritty historical detail with the powerful mythology of the Anglo-Saxons - with an exciting plot and rich characters, it is a story to keep readers intrigued and entertained.
What influenced you to write 'This Sacred Isle'?
The period known as the Dark Ages has long fascinated me, a period when kingdoms and regional identities started to coalesce, with the very foundations of the nations of Britain taking shape. At this time, Britain was largely a wild land, rich in myth and ruled by warrior-kings, and a land where the people faced perils that many parts of today’s world still endure: war, disease and famine.

In some ways, this is a post-apocalyptic world, with scattered groups of individuals struggling to establish order within the ruins of Roman Britannia. In addition, the plight of the Britons intrigued me; how would they feel, often supplanted by the aggressive newcomers from across the sea, the last remnants of the civilisation of Roman Britannia crumbling?

The Anglo-Saxon cosmology and mythology feels fantastical to the modern mind, but it would feel real to the people of the time, they would make no distinction between what might be called ‘supernatural’ and real life – and this was something I wanted to explore in the novel.
Read more of this interview.

Where to find Steven Smith online 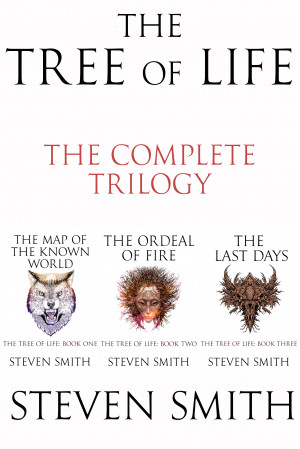 The Tree of Life - the Complete Trilogy by Steven Smith
Price: $2.99 USD. Words: 346,990. Language: English. Published: December 30, 2016. Categories: Fiction » Fantasy » Epic, Fiction » Young adult or teen » Fantasy
Prester John dominates the Known World. Total loyalty is demanded. Disobedience is punished by death. But in the darkest of times, comes hope… An epic fantasy, The Tree of Life trilogy is a tale of magic, adventure and friendship. 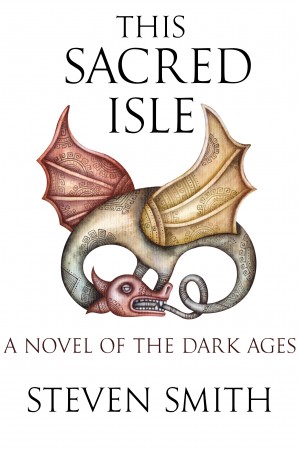 AD 593 - In the wild, dangerous landscape of Dark Age Britain, a young Saxon named Morcar has his peaceful life shattered when his village is attacked by an ancient, long-forgotten horror. And soon, Morcar must face an even greater danger, for rumours whisper that Merlin the Sorceror has returned to unite the Britons in war against the Anglo Saxons... 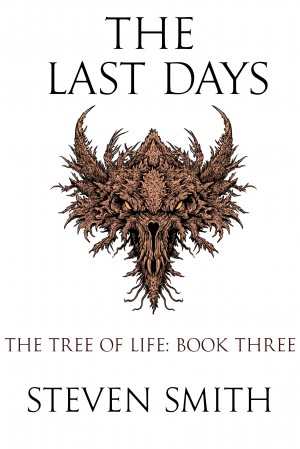 The Last Days by Steven Smith
Price: $1.99 USD. Words: 115,880. Language: British English. Published: October 5, 2016. Categories: Fiction » Fantasy » Epic, Fiction » Young adult or teen » Fantasy
After escaping the clutches of Lord Lucien, Elowen Aubyn continues her search for the remainder of the Four Mysteries, ancient artefacts that hold the key to finding the Tree of Life. But she must overcome many perils and defeat the greatest of evils, for if she fails, the Known World's only chance of freedom will be lost... 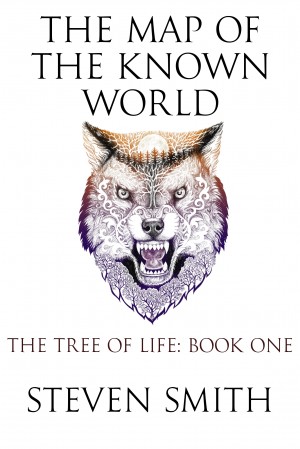 The Map of the Known World by Steven Smith
Price: Free! Words: 111,630. Language: British English. Published: October 5, 2016. Categories: Fiction » Fantasy » Epic, Fiction » Young adult or teen » Fantasy
Bullied and lonely, Elowen dreams of escape and adventure, little realising her dreams are about to come terrifyingly real... When the mysterious Tom Hickathrift gives Elowen an ancient map, she is forced to flee. For the map holds a secret, a secret for which many are prepared to kill, a secret that could change the Known World for ever... 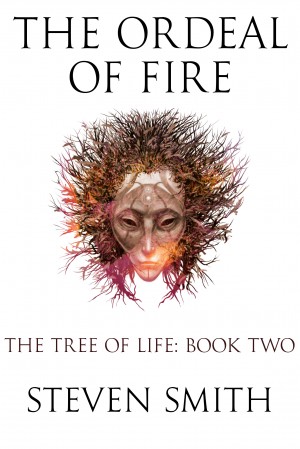 The Ordeal of Fire by Steven Smith
Price: $1.99 USD. Words: 119,730. Language: British English. Published: October 5, 2016. Categories: Fiction » Fantasy » Epic, Fiction » Young adult or teen » Fantasy
Elowen Aubyn has reached the sanctuary of the Illuminati. There she is safe...or so she believed. For soon, betrayal and tragedy plunges Elowen into a desperate and deadly quest - to discover the Four Mysteries, ancient artefacts of great power. And Elowen must confront her deepest fear, and uncover a shocking secret. The Ordeal of Fire is a tale of magic, intrigue and daring escapes.

You have subscribed to Smashwords Alerts new release notifications for Steven Smith.

You have been added to Steven Smith's favorite list.

You can also sign-up to receive email notifications whenever Steven Smith releases a new book.