I was born in a small mining town called Krugersdorp, Transvaal, South Africa, now known as Gauteng. I was raised and attended school in Afrikaans, which was the apartheid regime’s language. I could read fluently by the age of four, both in my home language and English. That was and still is my escape from reality. We did not have it easy and I plan to write about that in the future.

While divorcing my husband in 1985 I wrote my first manuscript, The Rude Awakening [Fiction based on fact] Once the divorce was finalized, I promptly moved to Hillbrow which was perceived as the “in” place to be. Because I hated being confined to an office taking orders, I trained to become a gym instructor. From there I fell into doing grams and then became a cabaret dancer for several years. In the mid 90’s I fell ill and had to have both my hips replaced, this bringing a sudden halt to my dancing and gym careers.

After this I secured a job in the Far East as a housekeeper, to the South African girls dancing there. I ended up doing shows myself. That is where I wrote my second manuscript, The Silent Scream [Fiction based on fact] I was bored out of my mind while spending many hours back stage, waiting for an audience to pop in. We were competing with the world soccer cup. Chinese people treat this event close to a religious experience. I hurt my one hip while performing there and had to return to South Africa.

Where to find Sulette Gardiner online 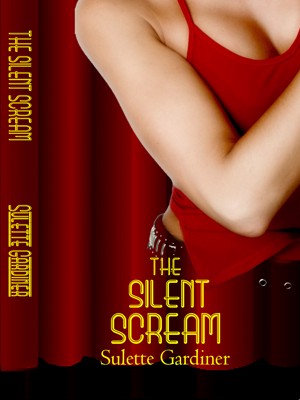 The Silent Scream by Sulette Gardiner
Price: $4.99 USD. Words: 94,720. Language: English. Published: May 13, 2010 by Can Write Will Write. Categories: Fiction » Erotica » Women's Erotica
About a South African prostitute during apartheid and beyond. Naive and powerless, she falls prey to the dark underworld of flesh peddling when trying to support her two children amid the storm as the ANC takes control. She suffers heartbreak and illness; trapped into drug addiction, slavery and depression. In 1998 does she find new hope, when the opportunity to travel abroad falls into her lap.

You have subscribed to alerts for Sulette Gardiner.

You have been added to Sulette Gardiner's favorite list.

You can also sign-up to receive email notifications whenever Sulette Gardiner releases a new book.