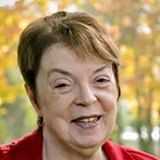 When Susan Moore Jordan was a high school student in the mid nineteen-fifties in Oak Ridge, Tennessee, a close friend went through a shattering event just as she was preparing to audition for the high school’s annual musical. Decades later Jordan used that experience of tragedy to triumph to write her first novel, How I Grew Up, in 2013. Two additional novels followed: Eli’s Heart in 2014 and You Are My Song in 2015, completing “The Carousel Trilogy.” A fourth novel, Jamie's Children, is scheduled for release in July, 2016. All of her novels are drawn from her life experiences as a voice teacher and stage director and are inspired by real people she has encountered.
Jordan attended the College-Conservatory of Music in Cincinnati and moved to the Pocono Mountains in Pennsylvania in 1971 with her late husband and three young children, where she established a private voice studio in 1979. Her students have gone on to leading schools of music and opera or musical theater companies around the world.
Beginning in 1984, Jordan directed some eighty local community and high school musical theater productions. She retired from directing in 2015 after over thirty years and wrote about her adventures in “More Fog, Please”: Thirty-One Years Directing Community and High School Musicals, released in November, 2015.
All of her books are available on Amazon in paperback, and the novels are also available as Kindle editions. 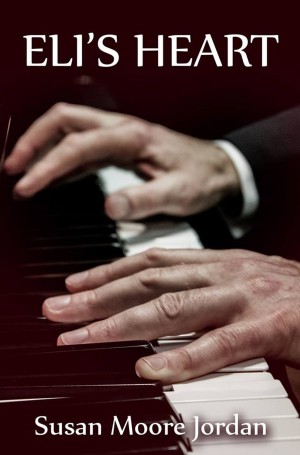 Eli's Heart by Susan Moore Jordan
Price: $3.99 USD. Words: 136,180. Language: English. Published: July 2, 2016. Categories: Fiction » Coming of age
In the 1950s, a brilliant young pianist with a defective heart meets the love of his life and strives for success in the daunting world of classical music. ELI'S HEART is more than a compelling love story – it is filled with music, courage and hope.

You have subscribed to alerts for Susan Moore Jordan.

You have been added to Susan Moore Jordan's favorite list.

You can also sign-up to receive email notifications whenever Susan Moore Jordan releases a new book.