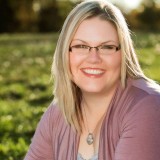 Author Suzanna Lynn is a happily married, full-time mother of three beautiful, energetic children, and lives in a small town nestled in the deep rolling hills of Missouri.

Growing up in the Ozarks, Suzanna spent her childhood wandering the fields and woods surrounding her home. While most children avoided the dark corners of the woods, she sought them out; imagining them to be filled with fairies, dragons and all number of creatures.

Having not lost her childhood imagination, Suzanna has written numerous poems, songs and short stories that won various awards in high school and college. Her dream was to, one day, be an author.

In 2014 she decided to stop wishing she could publish a book and made the dream a reality when she released The Bed Wife.

That first novella gave birth to two more books, completing the series, and stirred the embers of a new five-book series called The Untold Stories. She has since published stand-alone novels, and even has several children’s books in the works.

When she's not busy writing or spending time with her family, Suzanna loves to draw and paint, as well as scrapbooking. She also has been known to volunteer with her children's school, the Ladies Auxiliary, and even the local zoo!

Where to find Suzanna Lynn online

The Bed Wife Chronicles by Suzanna Lynn
The Bed Wife Chronicles: Love brought them together. Would tradition tear them apart? Once inseparable childhood friends, Luana and Baylin are now grown and living in two separate worlds. Luana, the daughter of the town drunk, cares for her family’s goat farm to make ends meet. Baylin, Prince and future King of Grasmere, is off combating the evils that lurk in the Kingdom. However, Fate intercedes with a time-honored tradition that has been custom for the past five hundred years. Luana’s life is now forced into the hands of her long-lost childhood friend. In the midst of it all, Baylin is forced to choose between his love for Luana and his fealty to his father and the Kingdom – knowing that his decision could potentially set the Keld Kingdoms against each other during a savage war. All the couple wishes for is to be safe and happy together. However, constant struggles make it seem as though contentment is impossible. Trials and tribulations strain the delicate core of their relationship. Will Luana and Baylin be able to overcome the demands of the Kingdom and find happiness? Or will resentment, hurt and duty consume them? 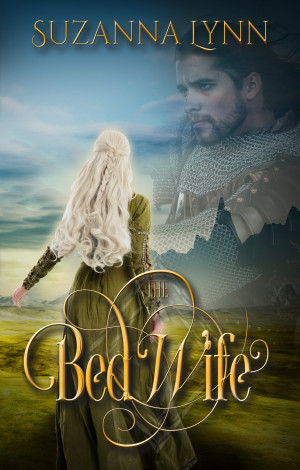 In a world of stalking troll hordes and malicious plotting for the throne, two former childhood friends are forced together by an archaic tradition. Unable to escape their callings, the pair must discover if friendship or affection can be formed when the freedom of choice is wiped away. Fans of high concept fantasy and sizzling intrigue will love The Bed Wife!

You have subscribed to alerts for Suzanna Lynn.

You have been added to Suzanna Lynn's favorite list.

You can also sign-up to receive email notifications whenever Suzanna Lynn releases a new book.