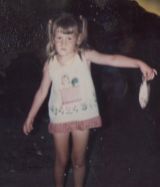 Okay, this is a cheat: I stole this from the "About the author" bit at the end of "The Unexpected Neighbor". I'll update it with something NEW! and EXCITING! soon. I promise.

Terri Peterson grew up in a small town in Wisconsin, moved to Madison for college, then Minneapolis for graduate school; once ABD, she ran away to Albuquerque, then ran back to complete her Ph.D. in political theory. She then got lucky with a post-doc at the Center for Bioethics, which she followed with another bioethics post-doc at McGill University in Montreal (which she loved). Once that fellowship was completed, she moved to the Boston area (which she did not love); she didn’t want to stay in Somerville, but wasn’t sure of where to go next: Seattle? back to Montreal? or was this finally the time to move to the Big City of New York?

‘What the hell,’ she said, ‘this is the only time in my life that a move to New York would be a lateral move financially.’ (She also didn’t want to get to the end of her life and moan ‘why didn’t I move to New York when I had the chance?’ She’s not good with regrets.) So she packed up a moving truck with all her books and two cats and headed south.

And then shortly after arriving in Brooklyn, something completely unexpected happened: She was struck with the urge to write a novel. And so she sat at her old computer and in 90 days knocked out about 90,000 words. ‘Holy sh**!’, she said to her friend Molly, ‘I didn’t know I had that in me.’

That first draft came out pretty clean, but it still needed a lot of work, work she was not particularly inclined to do. So she set it aside, started another novel, stopped, started another novel, stopped, then started what would turn out to be her second novel. That one took more than 90 days and, unlike The Unexpected Neighbor, which covers all events in 8 months, spans almost twenty years. (That book---which is pretty good, actually---will soon be appearing on Smashwords.) She edited the dickens out of the second novel before, finally, returning to The Unexpected Neighbor and performing some necessary radical surgery. Then she dinked around for awhile more before finally whipping it into Smashwords shape and offering up to you, dear reader.

The author hopes you liked it.

In the meantime, she’ll be grinding her second novel through the Smashwords machine and working on a couple of different third-novel possibilities (it’s not yet clear which one will take off). She also has a couple of short stories that she hasn’t looked at in awhile, as well as any number of political manifestos which are destined to spend their lives confined to her hard drive.

Finally, the author wishes to note that while she finds it amusing to write of herself in the third person, she would never do so in real life.

Where to find Terri Peterson online 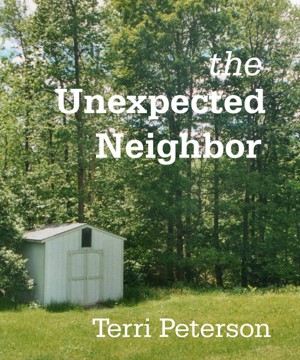 The Unexpected Neighbor by Terri Peterson
Price: $2.99 USD. Words: 94,300. Language: English. Published: July 26, 2011. Categories: Fiction » Literature » Plays & Screenplays
Janis and Rick are dealing with their rocky marriage when their middle child, Kit, tries to kill herself. When Kit is released from the hospital, she gets to know the new neighbor, Veronica. Although Kit and sister Lindsay attach themselves to the nomadic Veronica, Janis remains suspicious of the neighbor, especially when Veronica’s revelations threaten Kit's unsteady sense of self.

You have subscribed to alerts for Terri Peterson.

You have been added to Terri Peterson's favorite list.

You can also sign-up to receive email notifications whenever Terri Peterson releases a new book.